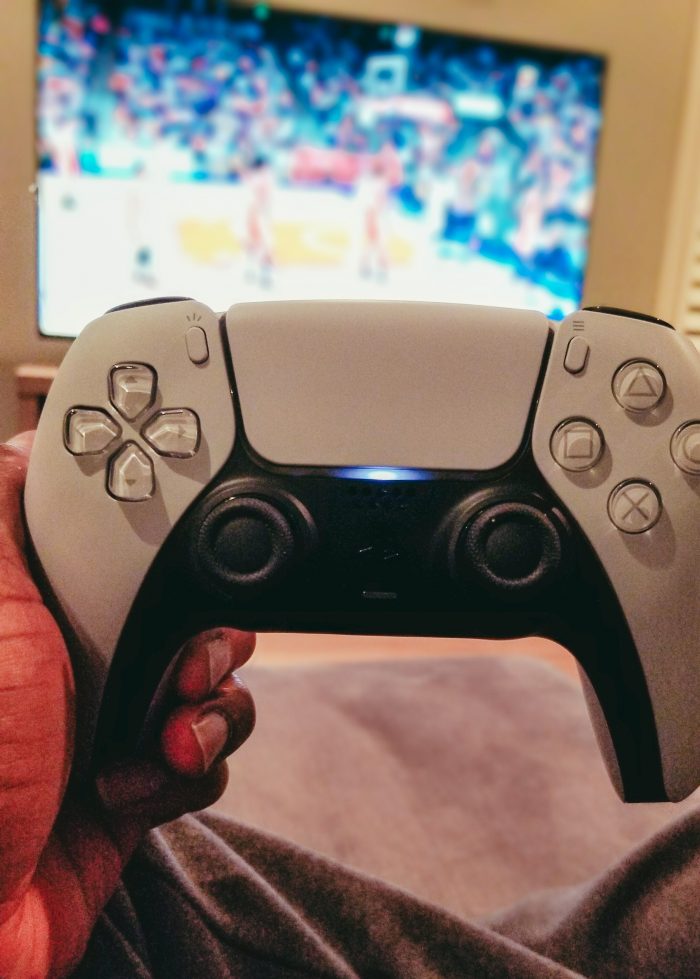 Mike Vs Playstation 5 – A Christmas Story

With the holiday season upon us,  a Playstation 5 video game console is sure to be at the top of many a child’s wishlist. Unfortunately, many a child are going to be disappointed. Since their release last year, PS5s remain incredibly difficult to find. As luck would have it, I managed to come into the possession of TWO of these rare machines. And if you’re thinking that this post is going to be about how and where to buy a Playstation 5….

My pursuit of this darn console actually  makes for a Charlie Brown-like story about the true meaning of Christmas. So fill your seasonal Starbucks coffee cup with some hot cocoa, and settle in, because here is the tale of Mike Vs. Playstation 5!

Twas the month before Christmas, and all through the house,

The only device stirring was my new Playstation 5, not a TV with a cheesy Lifetime Holiday movie playing, or even a computer mouse.

Wait, let’s back it up. Like all things during pandemic-induced lockdowns the last couple of years, this story actually begins with K and I  looking around our house. Wanting to make a change, we decided to finish our basement.  So, we got some quotes earlier this year, and eventually settled on booking a contractor to do the job in November.

Slight problem, though – our unfinished basement was where we had our Playstation 4 set up. Years ago, when B was 7 or 8,  I made a deal with him, where, if he could come up with half the price of a PS4, I’d cover the other half, and buy one for us. I figured that this was a great fatherly lesson. It would teach him the value of money, and the importance of saving. He’d be scrounging for a long time, to come up with $200 or so, right?

Weeks later, he randomly got an acting gig, and the money that he earned covered his half.

Anyway, with the impending basement job coming, we had to move everything out of there. Then, since the PS4 was technically B’s, him and K decided that we should move it to his room permanently. That was fine and dandy….except that screwed me and my gaming! Yes, I realize how I sound  whining about playing video games. But, I only ever had time to play late at night, so what was I supposed to do now? Creep into B’s room when he was asleep, and play on his bed?? #firstworldproblem

I had toyed with the idea of buying a PS5 since they came out.  However, I didn’t really need one, to be fair. The kids didn’t want one, either, to be more fair. K didn’t see the need for one, to be more, more fair. Plus, they were impossible to buy in stores/online, anyway. But, you know, FOMO!  With the newfound PS4 arrangement, I smelled an opportunity, so I tossed buying a PS5 out there again.

Maybe it was because B was thrilled with the PS4 in his room.

Maybe it was because K had  recently talked the family into getting a hot tub, so, by comparison, my PS5 request was the fraction of the price, in terms of home entertainment.

Maybe it was a Christmas miracle.

Whatever it was, no one objected to my suggestion!

Hunt is the word for it, as securing one of these mythical consoles requires a ton of luck and/or effort and/or dolla, dolla bills, y’all. In case you are wondering how to buy a Playstation 5, there are three main ways:

On one fateful Friday weeks ago, Best Buy released some online, and I got one before they sold out!  However, it was for in-store pickup only. Frantically realizing that no stores around me had any units, I expanded my search location until I found a place with stock. I ordered it without really looking where the store was. Purchase secured,  and feeling like  Ralphie after he got his B.B. gun, I checked the store address: 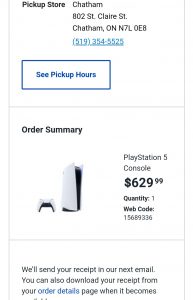 Beautiful Chatham Ontario, which was only two and a half hours away from me. Whatever.  The next day, 6 hour round trip complete, a Playstation 5 was mine, all mine!

Wait, that’s not the end.

I said that this was a Christmas story. And when I think of Christmas, I think of one thing:

With a thought process that would have made Ebenezer Scrooge proud, I devised a scheme to get another PS5. Not for my kids, silly reader. It would be for me to sell for a lot of money.  I knew that some parent would wait until the last minute like Arnold  Schwarzenegger in Jingle All The Way to find the hottest gift, so they’d have to overpay huge for one, to not ruin their child’s holiday. One PS5 was cool, but it would be so much cooler if I could play it while swimming in a pool of PS5 profit money,  like Scrooge McDuck!

Plan set, a friend tipped me off about an incoming Walmart shipment at a nearby store. Not long after, I was in the possession of a second PS5.  Dope!

Next, I posted an ad on Kijiji, the online classified ad site,  just to see some market feedback.  It was mainly a few lowball offers, and weird replies (“How much did you pay for it?”  What kind of question is that??). But then, as I sat there playing NBA 2K22 during that A Visit From St. Nicholas-inspired night I mentioned earlier, I received this message:

I scoffed, of course. Jeez, people will make up any lie to get a Playstation 5! Such horrible holiday spirit.  Didn’t this woman realize that I’m trying to get a stack?

As fate would have it, soon after that, a buddy messaged me. He had heard about my successful PS5 acquisition, and wanted some tips, as he was trying to help his good friend get one for his kid.

The idea of helping a friend won out. Since he was in Calgary, I told him that if he could figure out the shipping, he could have my extra one for what I paid for it. He agreed to that deal. They say, in Hamilton, that the PS5 Grinch’s small heart grew three sizes that day.

Two days later, my friend told me that his friend found one, and he didn’t need mine anymore. I was free to try to get rich again! WOO-HOO! They say, in Hamilton, the PS5 Grinch’s ad on Kijiji grew three times the original listed price that day.

I couldn’t stop thinking about the message about the donation. It could be a scam, but what if they were telling the truth? Ronald McDonald House is an amazing organization, and a PS5 would bring a lot of smiles there, potentially.

Eventually, I decided that I would reply, by feeling her out. I’d offer it for about 10% more than I paid. If she approved that, I  would try to get an impression of her, by messaging only, to see if she deserved the PS5. It was like my own version of the Netflix show The Circle.

After some back and forth, I concluded that she was legit. She was putting together a big donation. Clearly not a gamer, she asked a lot of questions about games, controllers and gift cards, so the Ronald McDonald House could get the most out of the PS5. She even sent me a wish list of items for a different family that she was sponsoring for the holidays, which had some gaming stuff on it, and asked for advice about obtaining those. She wasn’t a scammer. She was just a really sweet person, trying to bring a little joy to the world.

I met the nice lady, on a frosty afternoon, in a Home Depot parking lot. We chatted for a while. In spite of the chilly weather, talking to her really warmed my heart. Besides making donations and sponsoring families, she also volunteered a lot. She has everything that she needs, she explained, and she does it to honour her late sister.

The holiday season is supposed to be about giving back. Helping others. Making people feel good. Meanwhile here I was, spending way too much time on a PS5 that I didn’t need.

Parents tend to want to give their children the best holidays that they can. Meanwhile, here I was trying to exploit that desire.

I had felt like a greedy jerk leading up to our meeting. Talking to the generous, kind woman made me think that I was now #1 on Santa’s naughty list. 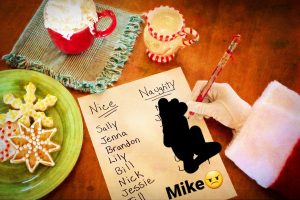 I did sell her the PS5 for the agreed price, and she was very appreciative to me for it, since she got it for a relative bargain. As I’ve said before on here, my holidays weren’t that great when I was  little, for financial reasons. Some kids won’t have that great a holiday for other reasons, though. Hopefully, the PS5 does brighten some children’s spirits at the Ronald McDonald House in Hamilton.

I  took some of the money that I received from the sale, and donated it to a place that did a lot for my mom before she passed away in 2016, The Cancer Assistance Program.

And with that, we finally put a wrap on this tale. I may have lost a PS5 when it was over, but I gained a renewed understanding of what this time of year is supposed to be about.

Until the next one, peace, love and Happy Holidays!

FOR REAL THIS TIME!