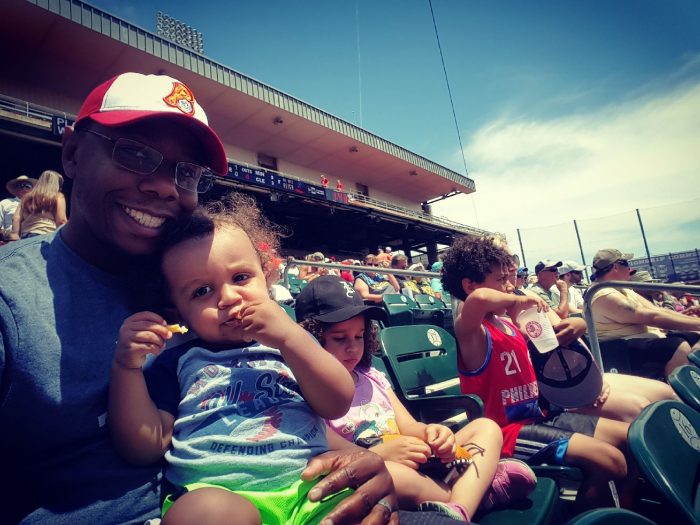 (Disclaimer: I received complimentary tickets from the Buffalo Bisons in exchange for writing a post about the game. Opinions expressed are all mine, as usual).

Recently, I found myself doing something that I never would have dreamed of – cheering on a team of chicken wings.

Let’s set the scene.  The date in question was Father’s Day.  I had decided to celebrate by doing two of my favorite things – hanging out with the fam, and taking in a baseball game.  As a Toronto area guy, the obvious option would have been to go see the Toronto Blue Jays. In all honesty, though, that option was a pretty big meh for me. I love the Jays, but it costs a pretty penny to go a game. Which I get, don’t get it twisted. Big league product with the best players means you pay a premium to enjoy it. However, when you’re talking about an outing with a family of five, it ain’t a cheap afternoon. As well, the Jays just haven’t been all that good this year. I  really wasn’t feeling it, so I came up with a different idea – we’d go to Buffalo instead!

Buffalo is home to the Bisons, an AAA minor league team, who is a Blue Jays’ affiliate. While not major league quality, it’s not that far off, plus there are a bunch of recognizable names on the roster.  They were playing that day against the Rochester Red Wings.  I’ve probably mentioned this before, but I really do like the experience of attending a minor league game. For one, it’s more affordable. Not just the tickets, but also the concessions, too. As well, the teams usually do more for the fans, to make things more enjoyable, For example, the Father’s Day game also happened to be ‘Logo Baseball Giveaway Day’, and you were allowed to play catch on the field afterwards. Between innings also had lots of freebies and giveways, too. The manager of the Red Wings even took the time to walk over and throw B a ball! Little stuff like that really does go a long way.

The Bisons play their games in Coca Coca Field. If you’ve never been to Buffalo, the downtown area is fairly nondescript, but smack dab in the heart of it is this beautiful stadium.  And really, it was night and day watching a game there, versus the Rogers Centre, where the Jays play. The atmosphere is just so much better in a ‘real’ ballpark, for lack of a better term.

Ok, now let’s talk about the wings. The Bisons and Red Wings decided to re-name themselves the Buffalo Wings and the Rochester Plates, respectively, for that weekend, both named after popular local food fares. Their logos and uniforms were rebranded, too, accordingly.  I gots love for Rochester, but Buffalo has more of a soft spot for me, from the Jays connection. And so, for one day only, I found myself sitting at a ball diamond, cheering on a team of chicken wings. 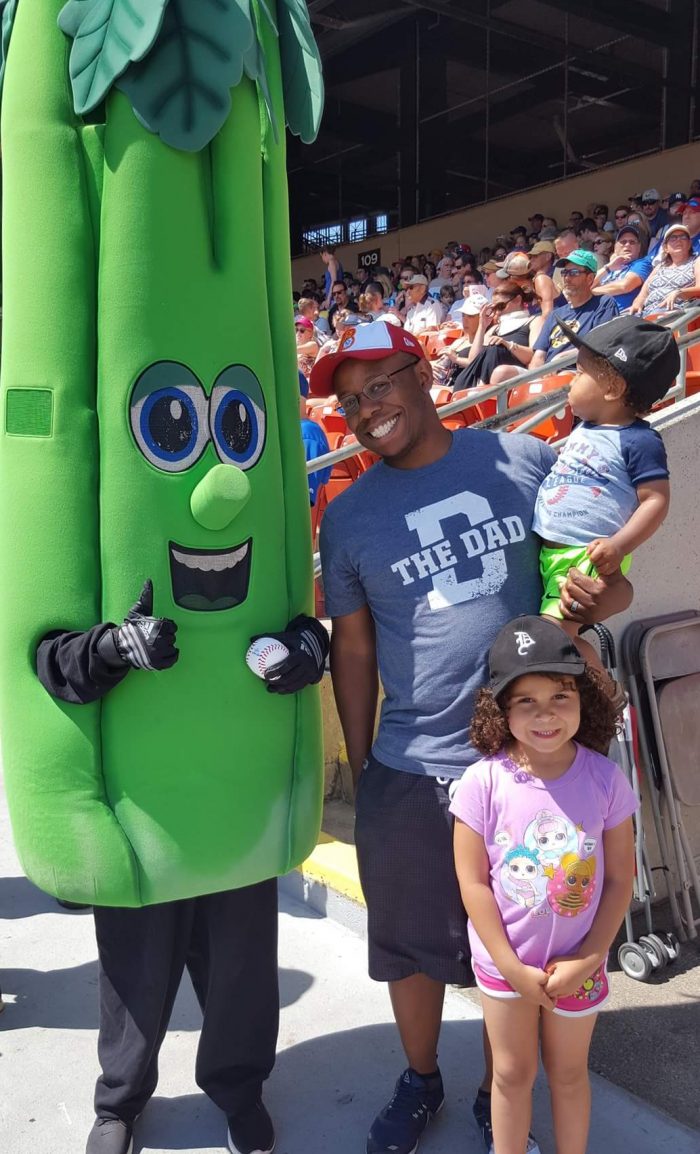 I even got to take a picture with a giant celery!

All in all, it was a pretty unique Father’s Day, and an awesome time at the park.