The other morning,  while getting ready for school, B suddenly blurted this out to us:

“Did you know that they say the N word on Casper’s Scare School?” 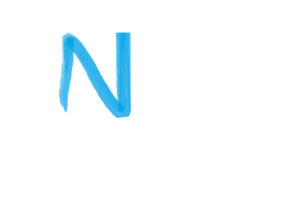 Now, if your kid said this to you, what would your reaction be? For me, I hadn’t had my coffee yet, but this provided quite the jolt!

B and J had recently watched some episodes of Casper’s Scare School on Netflix, featuring Casper The Friendly Ghost. As far as I could tell, it was a fairly tame show. So when B drops this bombshell on us,  it is confusing and disappointing.

Did they really say THAT word on that show?!

It goes without saying that the N word which I’m referring to is still a very powerful, controversial one in our language. Shoot, I remember the first time I heard it. It was my first time in dealing with racism. I was right around B’s current age, six or seven years old. I was playing in front of our house, when a bunch of teenage boys walked by, and called me it. Even though I didn’t understand what it meant at the time, the way that those boys said the word, with such laughter and disdain, it really did hurt me a lot.

The world kind of sucks sometimes, and there are a lot of haters out there. Fortunately, little children have this naive purity, in terms of their outlook on life. I can’t shield my kids from reality forever, I get that. I can at least do my best to delay certain aspects of reality from them, however. Let them be kids and worry about kid stuff. Dealing with racism is clearly not kid stuff.

With all that said, I was still confused about B’s comment.  Being multi-racial, my kids are ‘visibly black’, for lack of a better term. I do fully intend to one day sit down and talk about the N word to them. They should understand the history and meaning behind it, in case it is used in a derogatory fashion towards them.

I hadn’t had that conversation with them yet! As such, I wasn’t sure how B even knew what the N word was. I’ve never said it when he was around. We don’t listen to, or watch, anything profane around him, either. If he heard it at school, he probably would have told us about it. How soon is too soon, when dealing with racism?

So what was he talking about? Why was he so nonchalant? And what was Casper’s problem, to boot? Something didn’t add up.  More explanation is needed. I braced myself, and asked B to tell us what word he heard.

And like that, I instantly felt relieved. B meant a completely different N word!

I  guess I should have known better. There have been more times than I can count of me assuming something, and being way off about it. Sometimes, I’m not even in the same book as B and J, let alone on the same page as them. In this case, B’s book was full of N words, but not the N word, apparently.

So, in the end, Casper was just a friendly ghost, not a friendly racist in a white hood. And most important of all, my kids’ naive purity remained intact…….minus the fact that they watched a show which used such salty language.

Speaking of that, for the record, Casper also used the I word, according to B.