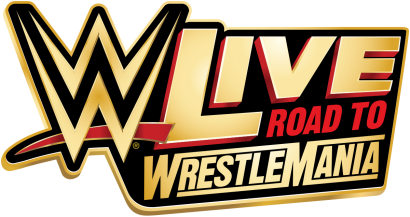 With Austin 3:16 Day (a non-real holiday on March 16th, named after Stone Cold Steve Austin) right around the corner, World Wrestling Entertainment’s Road To Wrestlemania Tour comes to Toronto this Friday, March 8, and thanks to my friends at the WWE, my family will be attendance for the show! It should be a great way to kick off March Break. As someone who’s been to an event or two over the years, I can tell you that the experiences are always memorable. Like, listicle worthy memorable. Check it out! Here are eight of my top WWE moments, experienced live, in person:

6. A couple of years later, I went to a house show with one of my sisters, also in Hamilton. Again, for reasons unknown to me now, we somehow had floor seats, a few rows from the ring. This also was not on Austin 3:16 Day, unrelatedly. My favorite wrestler at that time, Bret ‘The Hitman’ Hart, was scheduled to be on the card.

One of his gimmicks was that, during his entrance, he would give his sunglasses to a child who was ringside. Knowing that we would be close, I brought my Bret Hart action figure with me, with the intention of waving it, and drawing Bret’s attention, so I could hopefully score a pair of shades. When the big moment came, and Bret came strutting to the ring, he took off his glasses, looked right at my frantically waving little butt, and headed over. BUT, before he got to me, he saw a kid rocking a Bret Hart shirt, so gave the glasses to that boy, instead. Yo, I didn’t say they were all of these top WWE moments were good moments, peeps.

Needless to say, it is LOUD! However, I look over at my buddy…..and he is fast asleep. Slept through the whole thing. I was surprised, but impressed. It takes a special kind of tired to saw logs through that kind of noise explosion.