Today’s post is brought to you by the number three. You see, three is a big time number in our house, especially recently, as our third child, KJ, recently turned three years old! Since having a third child, we have been regularly asked three questions:

Now this. This is a thinker. As KJ entered into the threes, he really has developed his own  personality, to say the least. For example:

Despite not living at a nudist resort, or coming from a family of exhibitionists,  KJ loves to not wear any clothes.  On a typical evening, I’ll come home from work, and find him in nothing but a diaper, looking like Mowgli from The Jungle Book.

You might be thinking “But that’s cute, Mike. What’s the big deal?”. And sometimes, it is cute. Conversely, sometimes, when I’m trying to get him ready to go to daycare in the morning, and he’s refusing to get dressed, it’s not so cute. There are some things that you just can’t force someone to do.  As a fun family game tonight, ask your kids to put a shirt and a pair of pants on you, but make this as humanly difficult as possible on them. You’d be surprised at the number of ways that there are to accomplish this.  You’ll win every time! Anyway, I’ve loaded KJ’s diaper-only clad butt in my car on more than one occasion (because he wins every time). That, my dudes, ain’t so cute.

This happened, too, not long ago: 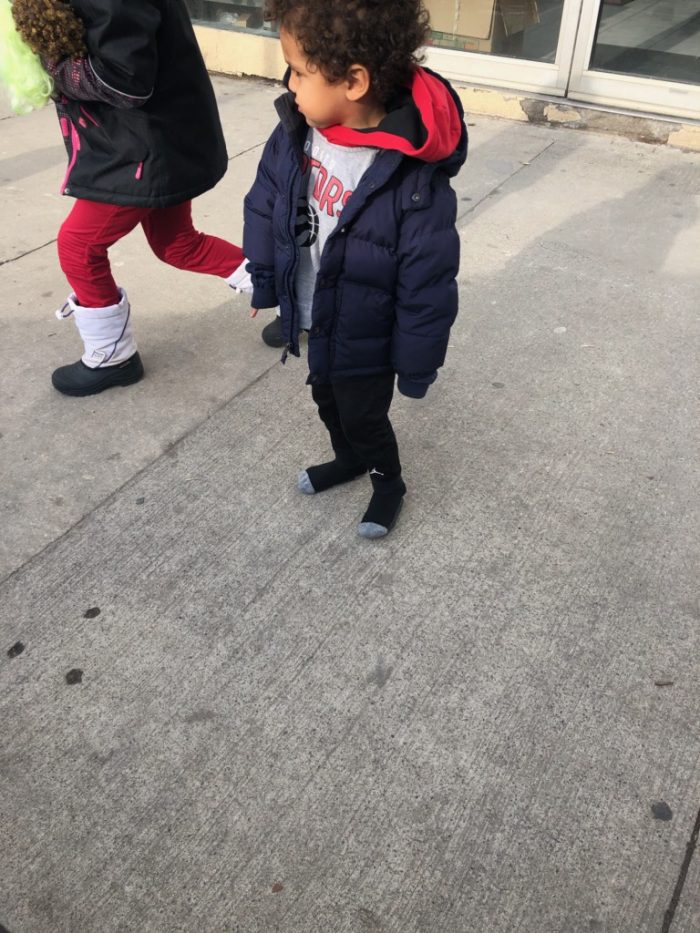 That right there is KJ standing shoeless on a busy winter afternoon in downtown Toronto. If you’ve never done this before….I don’t recommend it.

enunciation IS A WORK IN PROGRESS

KJ’s vocab game is ever-improving. His pronunciation and sentence-making skills are coming along, too. He still has his moments, though. For instance, I took him with me to J’s basketball recently, and we had this conversation while sitting on the sidelines:

Me (looking around nervously, to see if anyone else heard) – What did I do?!

At this point, I had no idea what he was talking about, so I just sat there with my legs spread. He then crawled between them, and pulled them together, so they were closed around him.

I then realized that he meant to say trap.  No bowel-moving maneuvers needed.

When KJ is unhappy, we understand him loud and clear, because he will articulate his feelings loudly and clearly.  In his little world, the most petty things tick him off.  He’ll look at me pouting, and say “Dad, I’m so mad at you.” The reasons for the rage have ranged from understandable ones, like he didn’t want to stop watching his tablet, to irrational ones, like he didn’t love the voices that I made for the toys we were playing with, or he wanted two ice cubes in his sippy cup, but I only gave him one. 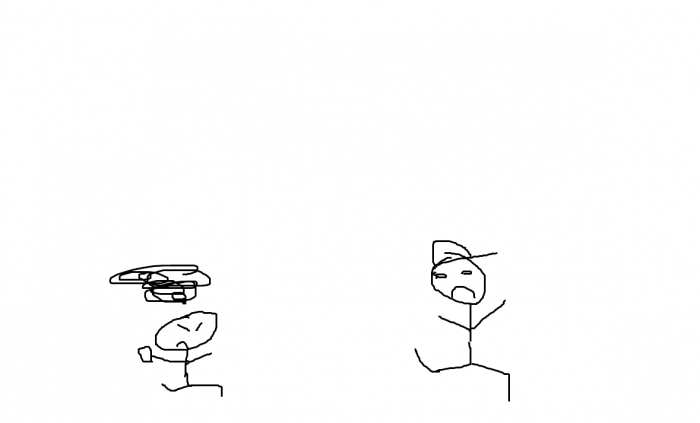 KJ – My dad is so nice because he is nice.

And that was the joke.

He also thinks it’s hilarious to pinch my nose and ask if I’m Batman.

KJ’s perception of me has changed as he’s entered into the threes, as well.  For some reason, he thinks our bedroom closet is my “room”, as if I go there every night, and curl up on a shelf to sleep, snuggled up in Drake shirts, with In My Feelings as my lullaby.

Furthermore,  before, he thought this WWE action figure was me:

Lately, though, he has called me this:

If I were a firefighter, it wouldn’t be so bad. However, I am not. When I told this to J, she asked if I liked black shoes (sure?) and flashlights (I guess?). She then shrugged and said “close enough”.

So who is KJ most alike in our family? The answer can be summed up in three words:

And with that, this post is a wrap. Triples!