The Uninformed Parent’s Guide to TikTok 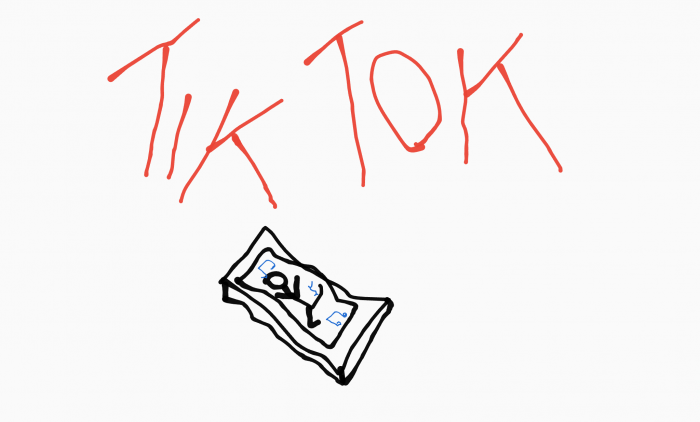 Today, we’re talking about what is TikTok!

Now, if you’re over the age of 25, this may or may not mean anything to you. However, if you have kids under the age of 25, especially teenaged ones or younger, it should mean something to you. I am by no means a TikTok expert (TikTokspert?).  However, I have had some experiences with it, courtesy of  my son B, who’s currently 10 years old. Since I’ve talked to other parents who don’t know squat about TikTok, I figured that I’d share my limited knowledge in the form of a parent’s guide to TikTok. Let’s do this, FAQ- style!

Sorry, person-older-than-TikTok’s-main-demographic. I’m not talking about that classic song.

Oh. So what are you you talking about?

I’m talking about TikTok, the social media app that has, as of this writing, over 1.65 billion downloads  and 800 million monthly active users.

That’s a lot of people waking up feeling like P. Diddy! What is TikTok, exactly?

Still not talking about the Ke$ha song, dude. Anyway, TikTok is an app from China, where users can upload short form videos and share them on the network. The videos are usually only a few seconds long and musically oriented. Lots of lip-syncing, dancing, singing, and random clips set to songs are what you can expect to find on it. Plenty of memes and challenges, too.  You know how you saw Ellen dancing to Old Town Road by Lil Nas X, and you pretended to know the song, when you really hadn’t heard it before?

I remember that day well.

A big part of that song’s initial popularity was because of how it blew up on TikTok, by people using it in their videos.

Not exactly. But yeah, kids do seem to love this app.  Some of the stuff on there is pretty entertaining.  Plus, with all the silly filters and effects available when creating the videos, it’s a fun way to flash some creativity.

Sounds awesome! I’m going to sign my seven year old up for it ASAP!

Hey slow down, pal. TikTok has a minimum age requirement of 13 years old.

But you signed your 10 year old up for it!

We did, and, in retrospect, it was a mistake. The first time that B had an account, it was because a lot of his schoolmates were on it, and he had a case of FOMO (Fear Of Missing Out. I’m down with that Gen Z lingo, too, sometimes. Not really).  One thing with TikTok is that, unless you change the settings, anything you upload can be seen by anyone. K and I let B have an account,  and monitored what he was posting, but not as closely as we should have. It’s easy, especially if you’re young and  impressionable, to get caught up in likes/followers/comments chasing.   Long story short,  in most likely an effort to impress his friends, B posted some stuff that was reckless, embarrassing and inappropriate for a child of his age, so we deleted his account. 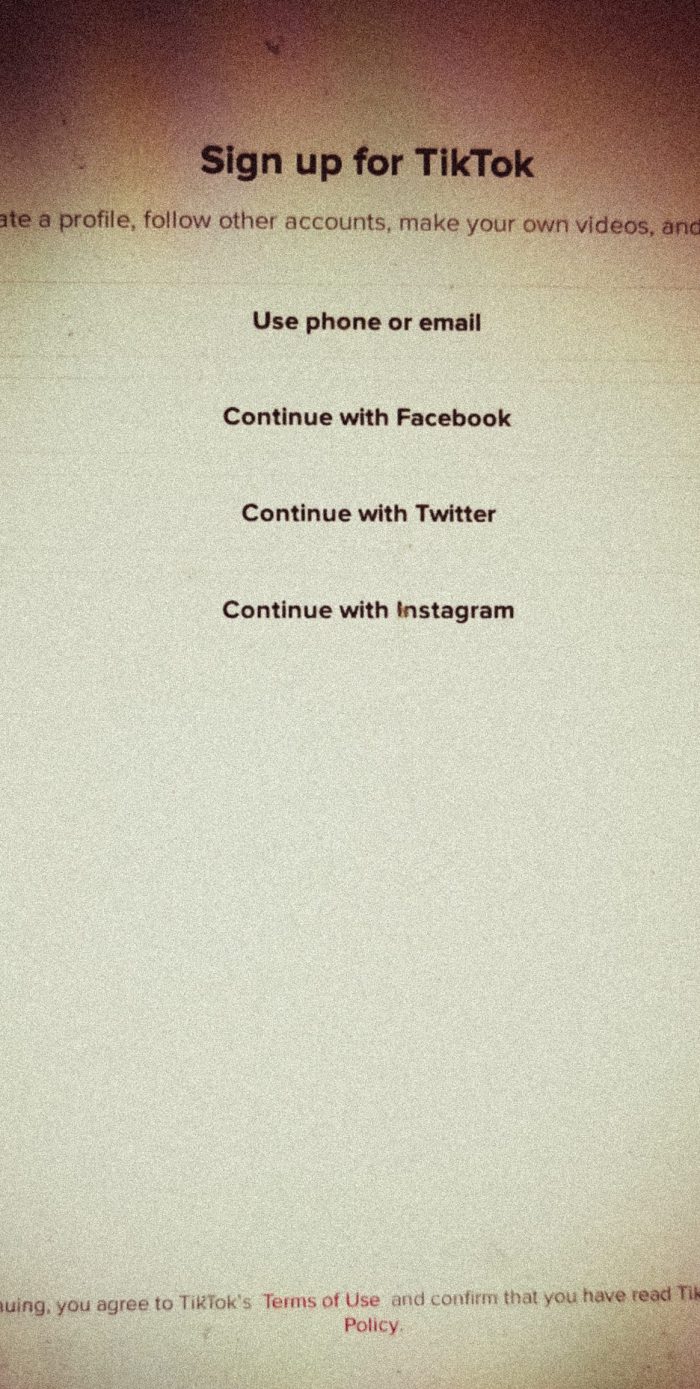 Did you say the first time?! You mean you let him have an account after this?

Sigh. Yes, we did.  We thought B had learned his lesson, and was going to be more responsible.  So, like his fondness for Fortnite, we gave him another chance. And, for a while, he was OK. His videos were mostly just self-made highlight reels of him playing basketball in his room, set to non-explicit songs. I mentioned before that TikTok is a social app, and another aspect to that is the ability to direct message people. Yes, you can slide into DMs (more Gen Z lingo!) on TikTok. Anyway, long story short again, but more recklessness happened.  For example, he sneakily pulled an all-nighter one Wednesday night, to screw around on TikTok (with predictable sleep-deprived results the next day). He also posted a video in which he was lucky to have not resulted in more serious ramifications than it did.  Because of those, and some other incidents, we deleted his new account, for good this time.

And the award for “Parents Of The Year” goes to.

Yeah, yeah, yeah. We screwed up.  Every kid is different, right? You want to instil a sense of trust and responsibility in your children, and when it doesn’t work out, it sucks. On the surface, most social media has lots of redeeming qualities, like the positive interaction with your peers. Beneath that, though, sometimes, lies a toxic, addictive cesspool. 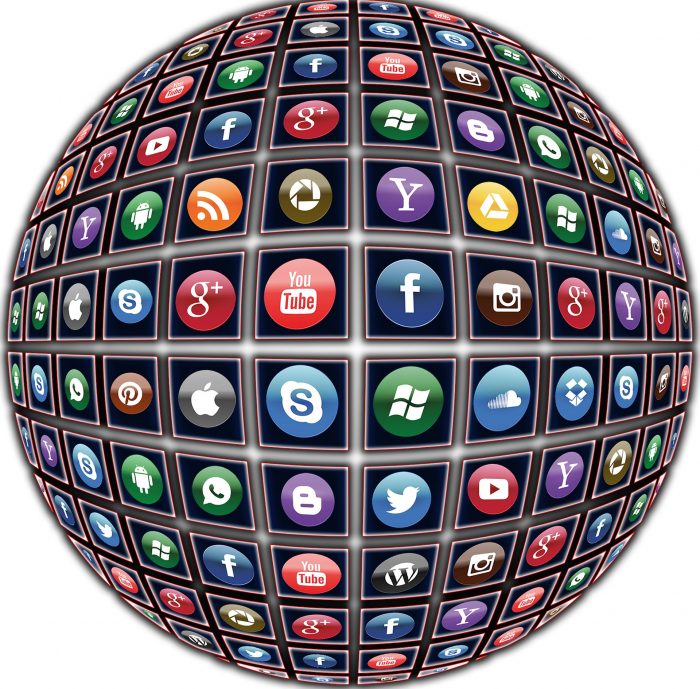 Daaaaang, Gina! Tell us how you really feel.

I’m just sayin’, you can’t be too careful when it comes to monitoring your kids’ TikTok usage. For instance, it’s all username based, unlike Facebook or Instagram. Say your friend is named Tyrone Biggums, and you want to follow him on TikTok. You can’t just search up Tyrone Biggums.  He might have changed his username to AshyLarry or something. It really does take some effort to find your friends.

I remember B showing me  a video that a girl at his school had made, which was pointless and dumb, but had a lot of likes. I quickly looked at her account, and all her videos were in the same vain, but she had, relatively speaking, a lot of followers. When I thought of how ‘out there’ she was,  how anyone with or without an account could watch her videos, and how fairly anonymous most of her followers could have been, it made me wonder. Who exactly was following this little girl and why? How many of these people were trying to slide into her DMs?

Is TikTok SAFE FOR KIDS, OR IS IT full of creepy perverts?!?

I….I don’t know. I’m also just a dad with a blog with limited experience with this app. I’m guessing, at the very least, it has the same ratio of normal people to predatory creeps as anything else online, but it’s impossible to know for sure.

Besides monitoring, is there anything else that I can do to protect my child on TikTok?

To their credit, TikTok does have numerous parental controls and privacy measures available, which can help you in this regard. It’s also a great idea to talk to them about cyberbullying, and about making smart choices online.

You’ve said a lot, but I still don’t get TikTok, or its appeal. I’m too old for this app.

Nice self awareness. While you don’t have to like it, you should get used to it, as, data breach controversy aside,  TikTok most likely isn’t going anywhere  anytime soon.

Shoot, like all cool, hip things of the moment, more and more businesses are jumping on the TikTok bandwagon too, as a way to build brand awareness. If you really want to win brownie points at your work, tell your boss that you want to open and run your company’s TikTok account.

Well, if you want to win brownie points, you know what to do.

Just do it.  c’MON. We’re about done here anyway.

Fine, here you go. And happy TikToking. Be safe out there, folks:

20 thoughts on “The Uninformed Parent’s Guide to TikTok”