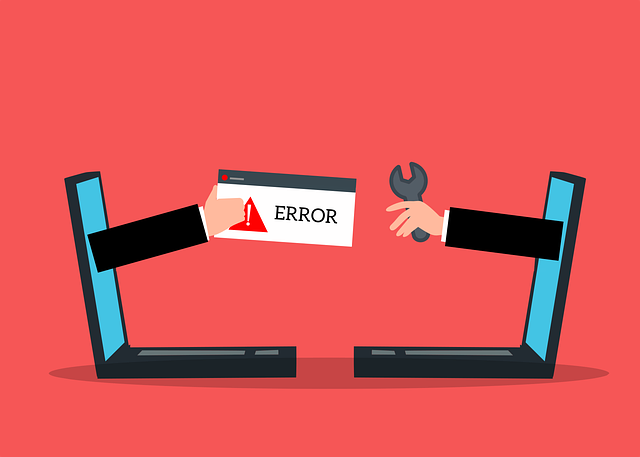 The Great Rogers Outage of 2022

Occasionally in life,  something happens that impacts a lot of people, and is talked about for generations.  A “Where Were You When” situation, in other words. Sometimes tragic, sometimes celebratory, always memorable.  A few days ago, something happened that will probably stand the test of time, and stories will be told for years to come about it.  It was a happening which transported millions of people to a bygone era.  And so, I figured I’d get a head start and tell you my tale. My tale about:

A little background. You see, here in Canada, telecommunications are pretty much controlled by two companies, Rogers and Bell. The infrastructure is complicated, but basically, if you have a phone, or the internet,  most roads lead back to Rogers or Bell.  My family’s  cell phones are with Fido, which is owned by Rogers. Our internet /TV for our house is with Rogers.

Our tale begins on July 8. ‘Twas a home office day for me, work-wise. On the way downstairs to start, B mentioned that the internet wasn’t working. The TV was stuck on a screensaver that said 4:43 AM, too. I then did what all of us good trained Rogers customers do when an issue occurs:  I unplugged and re-plugged in everything. After several futile attempts, I received an email on my work cell phone, which is through Telus (an independent carrier that shares Bell’s network. I told you it was complicated). The email said that Rogers’ system was down, with no time frame on when it was coming back up.

Scrolling through social media revealed just how catastrophic and chaotic this outage was. Rogers controls ALOT of stuff in Canada, so millions of people weren’t able to use their phones or get online.  It was like the Rogers half of the country was off the grid, while the other, non-Rogers half  went about their day as normal, except with more gloating (“And this is why you should never have your internet and cell phone with the same carrier”, was a common refrain from that half, which is advice that I never heard prior to that day).

Calls and texts could not be made. 911 wasn’t working in some areas, too. Businesses that relied on Interac for payments were screwed, as Interac was down.  Most importantly,  and most troubling, though….

MY KIDS WERE BORED!

Aren’t kids supposed to have these amazing imaginations, for entertaining themselves? J, for example, decided that she wanted to make a functioning vending machine out of a box, a while ago, and proceeded to do it. 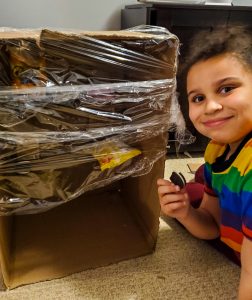 Creative, right? But on this day, it was like because the technology crutch wasn’t an option, their little brains could not see beyond this fact, to find something to do.  Again, I was trying to work,  using my work phone. B took off to go play with friends. J and KJ, though, bugged me incessantly, complaining of boredom, and asking when the internet was coming back. KJ,  bless his five year old heart, struggled with the concept of what he could and couldn’t do:

KJ (pointing): What about that? Does that use the internet? Can I use that?

Me: Are you pointing at the ice maker on the fridge? Yeah, that still works.

KJ and J, to their credit,  did try to keep busy. They played together in and around the house,  and made brownies from scratch:

All of this, minus the brownies, was per my suggestions, though. Eventually, I ran out of ideas, and decided to spend my lunch break getting them out of the house for a bit. First up was a trip to the bank. Wu-Tang Clan said that Cash Rules Everything Around Me, and on this day, they were right. Most places were now cash only, so I needed to get some bills (side note: C.R.E.AM. came on the radio last week when I was driving with B. He said that Wu-Tang were his favorite group. When I said that he’s never listened to their music, so how was that possible, he replied that their emote was in Fortnite, whatever the heck that means).

I walked into the bank, and was promptly met by a woman at the door, who asked what I wanted.

What was I going to say? That I was there to buy orange juice? To get an oil change?  I said that I wanted to get some money, to which she pointed me towards a teller.  The teller then immediately asked if I was customer.

What was I going to say? No, actually, I’m a bank robber?

Anyway, I  guess most banks were down that day, but that one wasn’t, so that probably explains the screening processes.

Bank robbery complete (Kidding!), next up was a quick trip to a park.  At the park, J noticed a couple of her friends doing the Supie program, a drop in recreational deal for kids, organized by the city of Hamilton. There were about 10 children playing games, which J and KJ wanted to try, so I said sure. They just had to check in with the Supie staff.  I plopped down on a bench as they walked over to the Supie group.

As J lined up with her friends, KJ suddenly turned around and took off screaming. He was running full speed, arms flailing, as if he was being chased by Michael Myers or something.  He soon found safety from whatever the threat was, underneath a slide on the playground. The Supie staff were visibly confused, I was embarrassed, and the other kids were yelling at him to come back. He then ran over to me, so I asked what that was all about.

He told me that he didn’t know the rules,  and was too shy to ask.

I think the pandemic has really messed up the social skills of some children, including KJ’s. Anyway, after the park, J said that she wished ‘Mom’s car’ (our minivan) was around, so she could sit in it and watch DVDs.

Movies are a great boredom stopper. We could get some Blu-rays or DVDs from the local library! Instead of watching them in the van,  they could watch them on my PS5.

As if the lack of technology that day wasn’t 90s enough, browsing shelves of actual movies at the library totally reminded me of doing the same thing at Blockbuster Video.  The library was also packed, as I’m sure many fellow Rogers customers were there, taking advantage of the free WiFi.

The movies kept J and KJ off my case for a long time, so I got some work done. After work, though, K and I had a 3 pitch baseball game. Continuing with our 1990s vibe, the whole fam saw the Backstreet Boys in concert last week.  There was a lot of negativity and skepticism prior to the concert. The kids didn’t know who they were, and kept calling them the Backstreet Brothers. However,  at the concert, BSB’s music soon won J over. KJ initially thought that they weren’t good because they didn’t play guitars or drums, apparently chaneling his inner 1990s Rolling Stone Magazine music critic. Some fancy effects during Everybody (Backstreet’s Back) made him a fan in the end, however.  So, of course, on the car ride to and from our baseball game, our playlist, per J and KJ’s choices, consisted of a whole bunch of BSB songs.

After the game, we were hungry,  but the Rogers outage was still an issue.  We decided to go to a restaurant (cash only), and use their WiFi, to check messages. Great plan, in theory, but, of course, the place we chose did not have WiFi.  When we finished our food, we then did the next best thing:  we went to the now closed local library, and used their free WiFI from outside.

KJ, bless his five year old heart, had this to say, as well:

KJ: Did the library use internet paint?

Me: What is internet paint?

KJ: They use paint and you get the internet.

Me: You still don’t know anything about the internet, do you?

Next stop was home. Bedtime for the kids.   Rogers did finally get things back up for us around 12:30 AM, too, to put a wrap on The Great Rogers Outage of 2022. A day that I will regale future generations about for years to come.

Probably not. Being slightly inconvenienced for day isn’t very epic, is it? My bad.

Anyway, I’m off to find another cell phone carrier. See ya, Rogers.