Well,  another Halloween is in the books. This year, B and J (dressed as Drake and a rocker girl, respectively) had a blast trick or treating, and came home with a pretty good haul of goodies. Mounds of junk food, for real. One thing that I noticed was that some treats were better received than others. Uh, not just by B and J,  but by me, too. As such, I figured I’d rank them. Consider this the top 10 Halloween candy list that my kids got this year. There’s no real criteria; it’s just based on my own subjective, unintelligent, unreliable opinion.

Ok, let’s get our Ryan Seacrest on, and count ’em down! 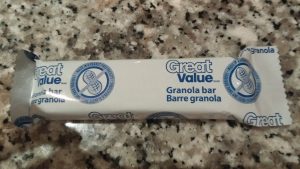 Coming in at number 10 on The Definitive Top 10 Halloween Candy List is a good ol’ granola bar. While not as exciting as the other contenders, it does have its charms. For example, it’s probably not that unhealthy, so it can be used in candy negotiations (ie. “Daddy? Can I have a chocolate bar?” “No! No more junk. Go eat a granola bar or something.”). Plus, since nary an apple was found in any of the loot bags this year, it’ll have to do, as the only nutrional option. 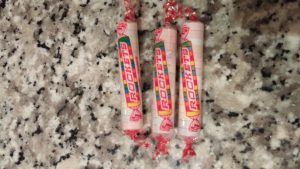 Conversely, let’s talk about Rockets. These sweet tasting packages of sugar tablets have little in the way of nutritional value. However, they are a favorite among the kids, since they are sweet tasting packages of sugar tablets. The only reason that they aren’t higher on the list is because of J’s habit of playing with them and pretending they’re medicine.  The idea of a little girl and her stuffed animals play-popping pills is kind of weird, what can I say. 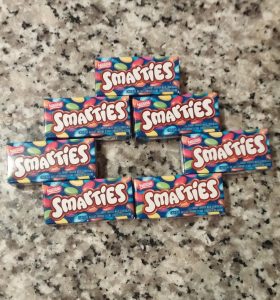 Don’t get it twisted, American readers. What we call Rockets up here in Canada, you guys call Smarties down there. Our Smarties are multi-coloured, candy-coated chocolates, however, and are, as the kids say, da bomb dot com. Oh Canada, indeed! 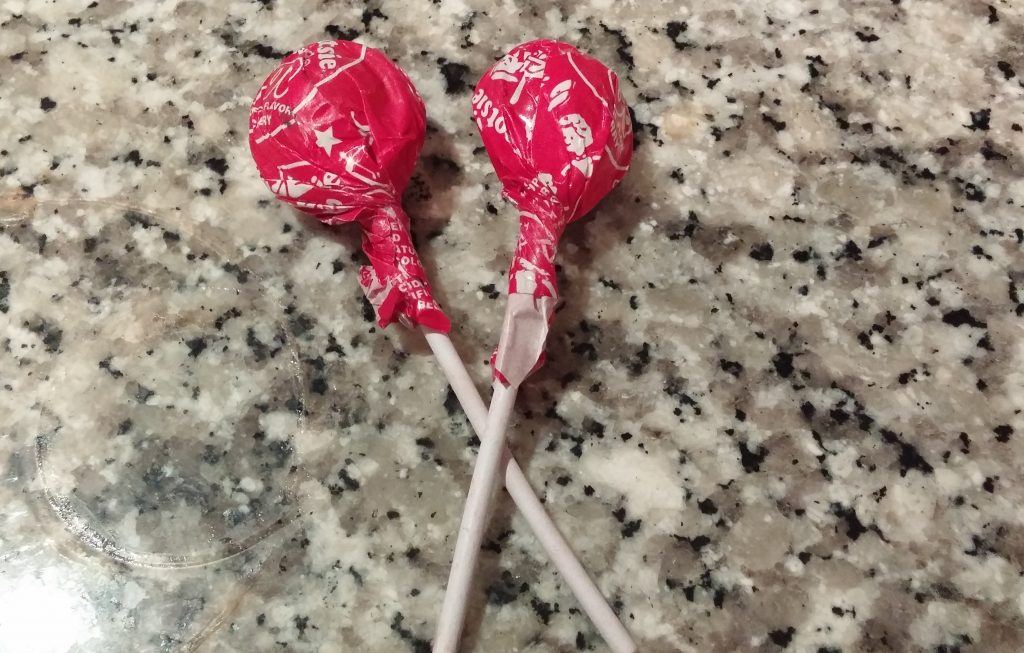 I have no idea if B and J even  like these. When I saw them in their bags, it made me think of that Lil Kim and Sisqo song “How Many Licks”, so that counts for something, right? Pretty sure that song wasn’t about Tootsie Pops, though. 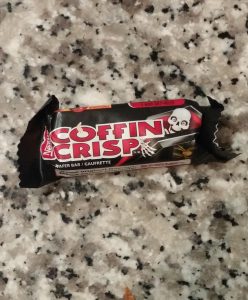 Another Canadian specialty. This is a bite sized, Halloween-themed Coffee Crisp chocolate bar. Big ups for getting into the holiday spirit! In fact, the only thing better would be if the kids somehow got these full sized. 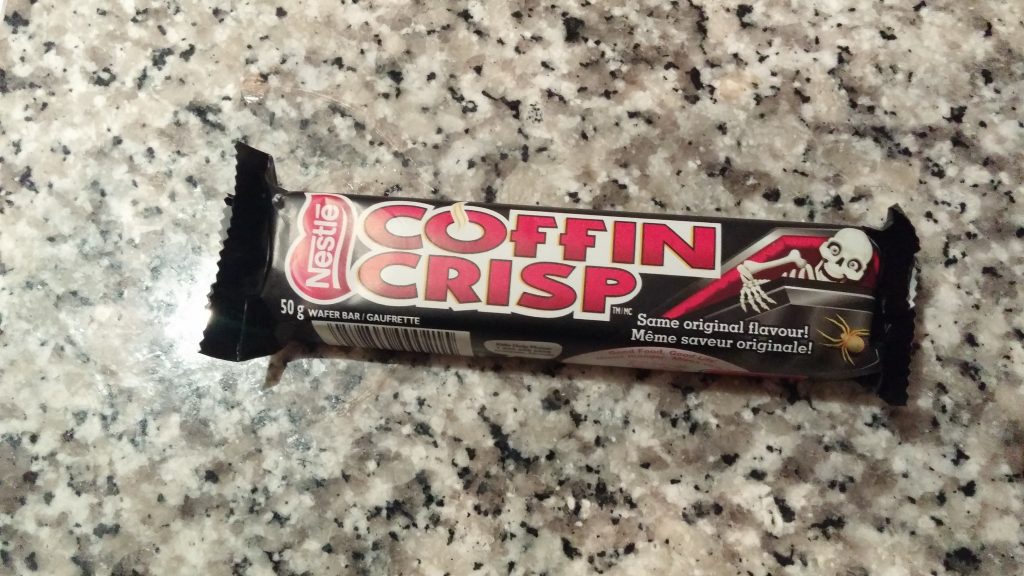 Sweet! Hey, that was kind of fun. Let’s do that again! 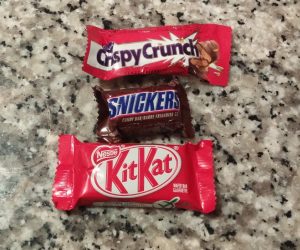 But bigger is better! 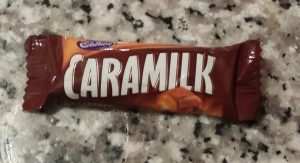 Check the back? Why? 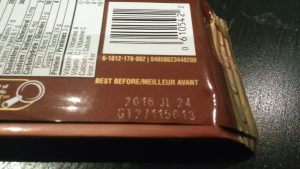 This expired in July? Who the heck gives out expired candy on Halloween?! That’s cold like Minnesota, yo. 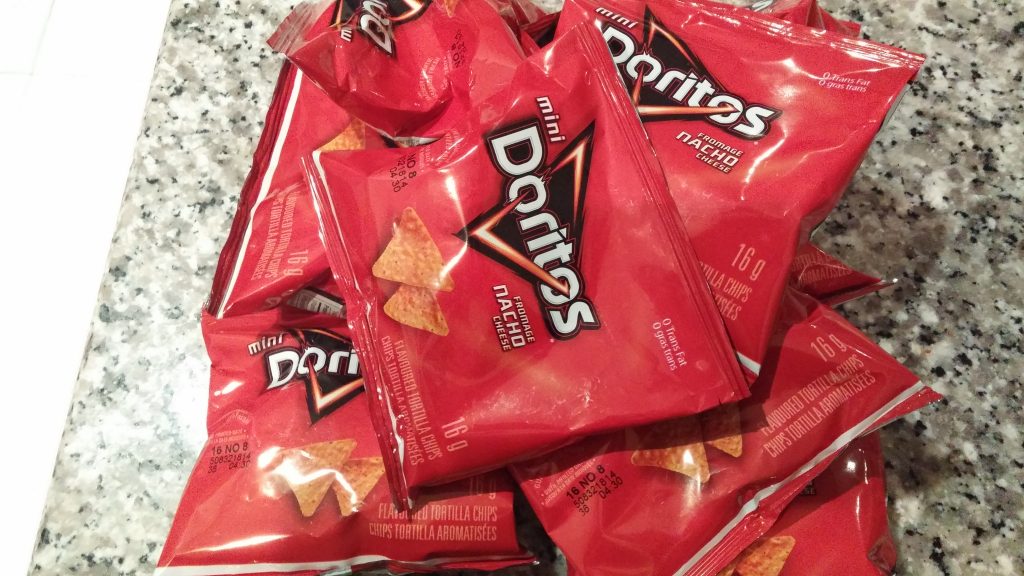 Perfect. Cheesy, nachoey goodness. And most importantly, not expired. 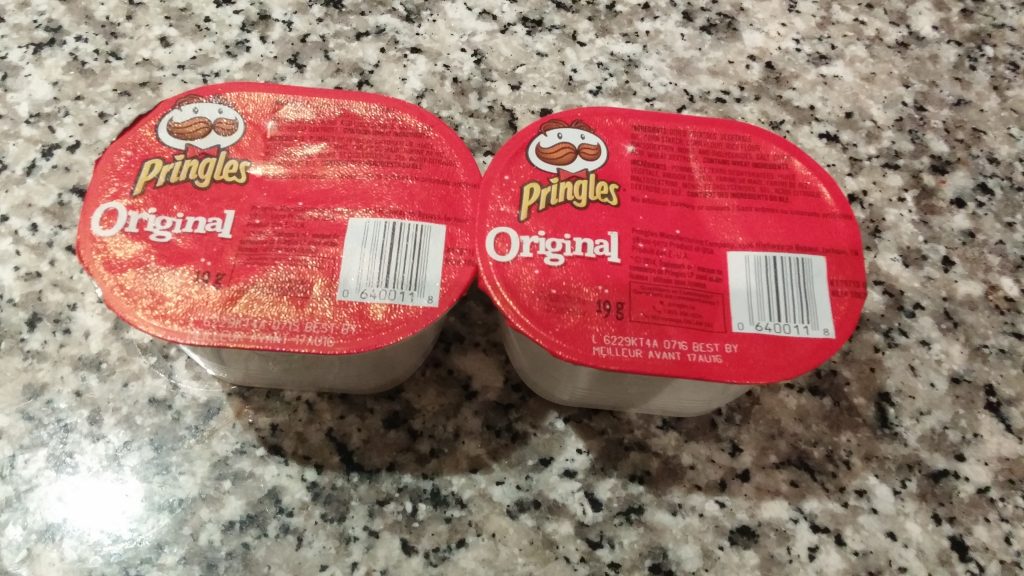 Potato chips are always a hit, but the kids seemed to really like these mini Pringles cans, to get their salty fix. 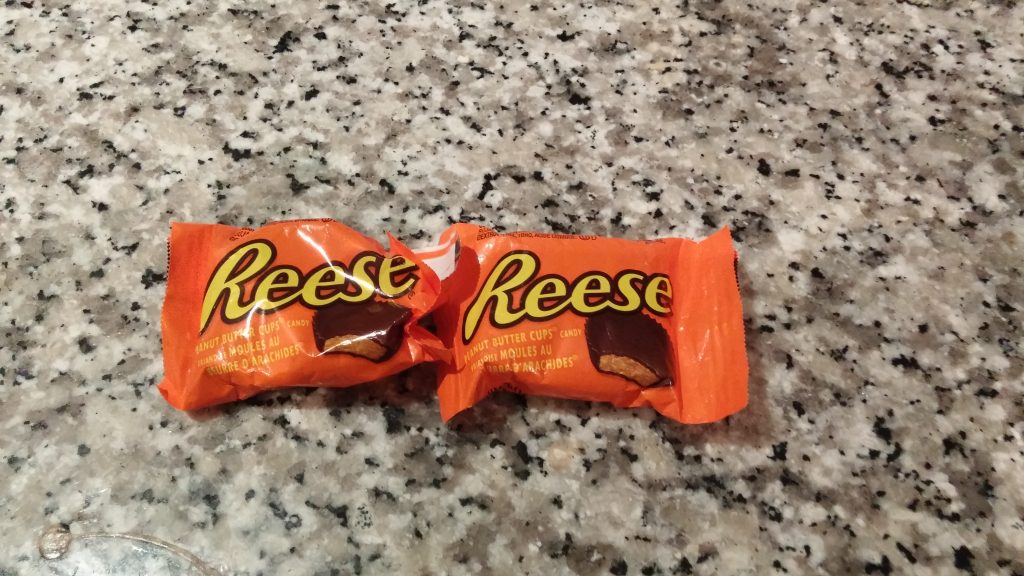 My personal favorite.  The only reasons that they aren’t number 1 is because when they are left in less than ideal temperatures, they melt, creating a gooey mess which the kids still eat, resulting in gooey messy children. 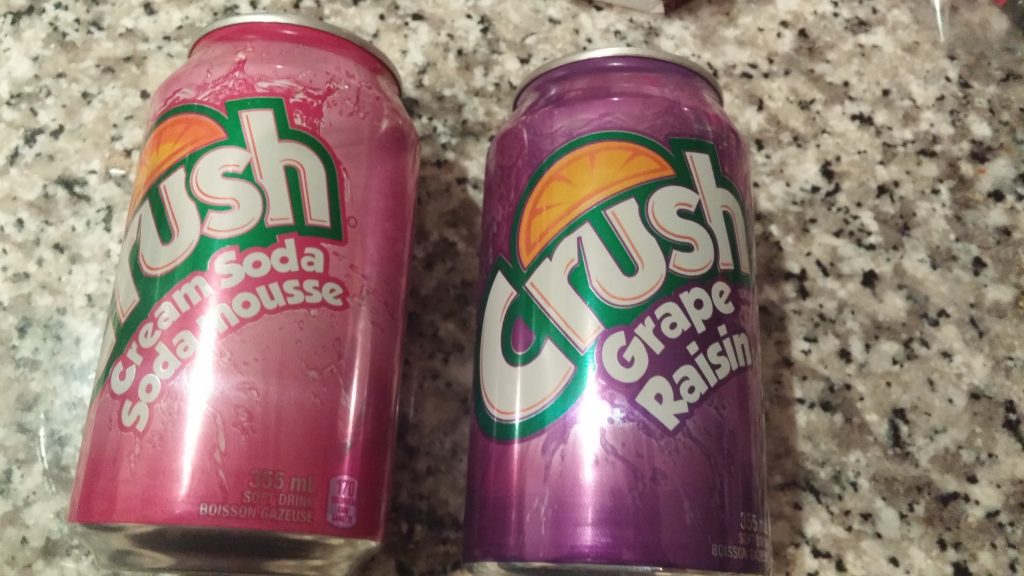 Pop pop, homies! At the top of The Definitive Top 10 Halloween Candy List are beverages! Maybe the people who handed these out did it deliberately. Or maybe they did it because they didn’t have any candy to give out, so they raided their pantry (sucks to be the kid who got a can of corn from them).  Regardless, B and J’s eyes lit up the most at these unusual handouts, so that’s why they are number 1. I remember feeling the same way when I got a can of Coke while trick or treating back in the day. It’s like ordering a pizza, and getting a steak instead. #whatapleasantsurprise

I hope your Halloween was as spooktacular as ours!