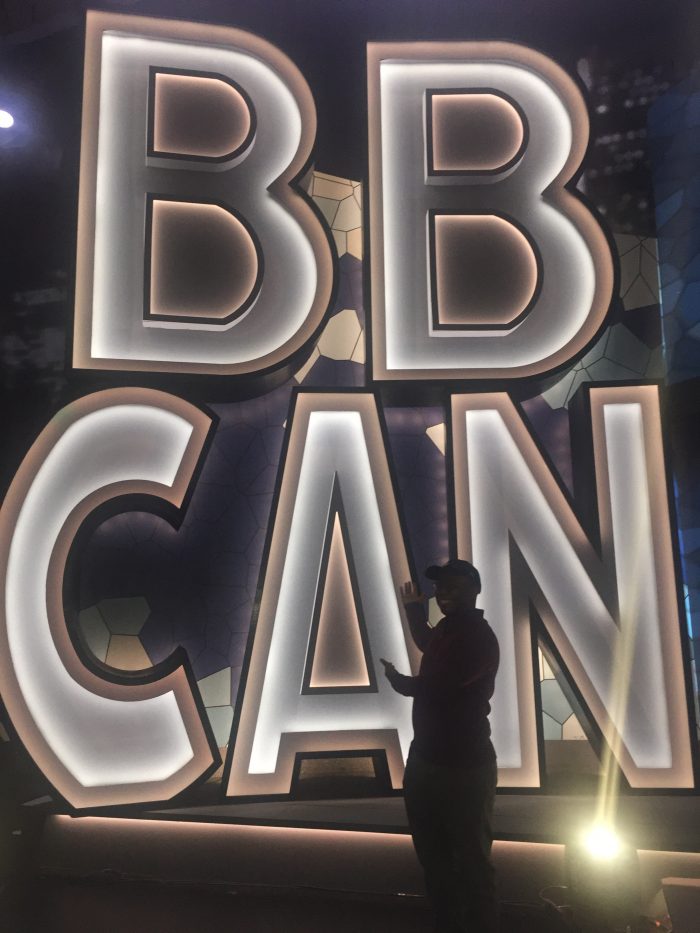 Confession time! My family are big Big Brother fans, both the USA and Canadian versions.  While not at the live feed-creeping superfan level, I will admit to having seen every episode of every season of Big Brother Canada, anyway. I had the opportunity to attend a Big Brother Canada  taping recently (Season 6 eviction episode). If you’re like me, and always wondered what one of these was like, then this is the post for you!

OK, so the first thing to note is that the Big Brother house isn’t actually a house. It’s inside of a large film studio in an industrial part of Toronto. The audience area that you see is in the same studio, but not directly connected to the house. Tickets are free, #butfirst you have to request them ahead of time. There was a group of people outside that I noticed without tickets, who I think managed to get in because of some no-shows.

Upon arrival at a Big Brother Canada taping, seating for the audience is on a first come first served basis. A few seats were reserved, though, for special guests, like Derek’s (one of this season’s houseguests) family.  If you are looking to be on TV, the seats on the left hand side were the place to be.  I figured that it would look kind of weird if I sat in that section alone, so I settled into the middle. 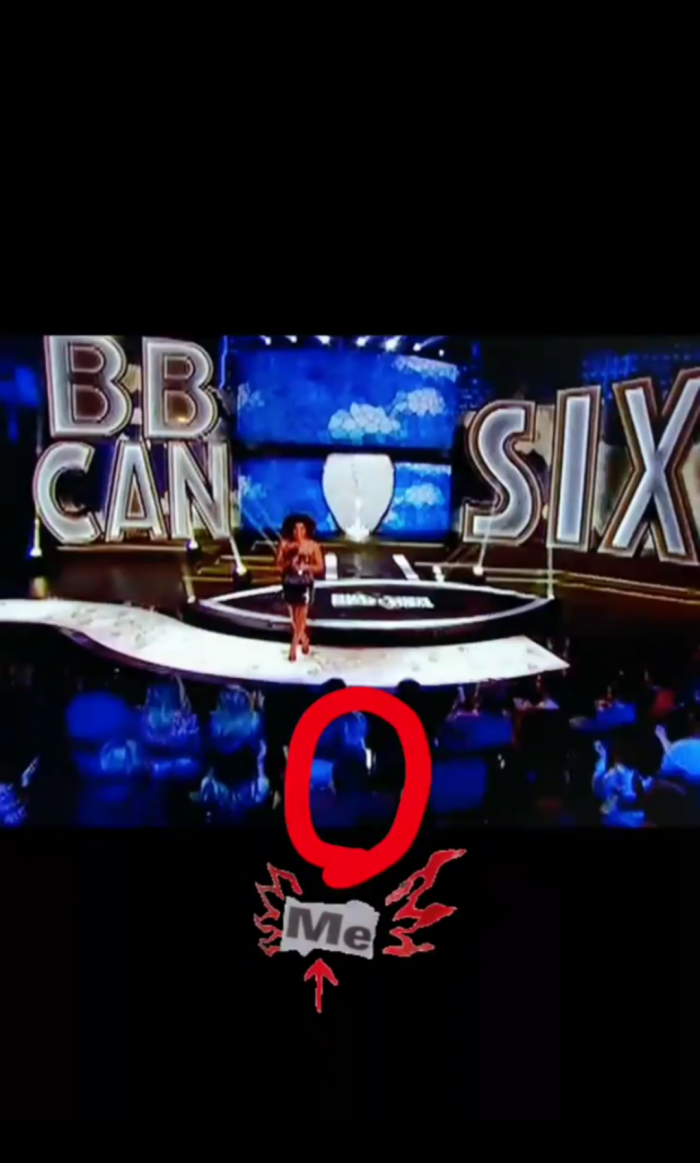 Before the actual taping, the audience coordinator, Philip Tetro, warmed up the crowd. He ran through the rules. The most important one being no phones out and no picture-taking allowed at all. This would get you evicted from the taping. He also cracked jokes, asked people questions, and let us ask questions.

Sidenote: Now, years ago, I went to a David Letterman Show taping, in New York City. I didn’t go because I was a fan; I went because we were on vacation, walking through Times Square.  Out of nowhere, one of Letterman’s staff asked us if we wanted tickets. When we got there, I got the feeling that most of the audience were also tourists.  People who were happy to be there, but not true fans. The vibe was pretty subdued, and not very raucous.

The reason I bring up this is because at the BBCAN6 show, all/most people were fans who were legitimately excited to be there.  A good chunk had even been to multiple tapings before.  There weren’t any cues to cheer or clap; the crowd just automatically knew what to do and when, which was surprising to me. The conversations I overheard were mainly about the show, and some of the questions asked of Philip were pretty nerdy (which I say with affection, fellow BBCAN nerds).

After maybe 45 minutes (I couldn’t look at my phone, so I didn’t know the time), Philip suddenly introduced the host, Arisa Cox, and she came onto the stage.  My observation would be that she is a consumate professional. Very smooth througout the proceedings, with a fun, easy-going demeanour, who interacted easily and happily with everyone.

Sidenote x2: Man, Erica (an evicted houseguest this season) is popular. She got done dirty by a Canada voting twist, but she had a lot of fans among this particular audience. Conversely, when Arisa asked who we thought would win, the only contestants to be booed were Kaela and Derek (poor Derek’s family. Sad face).

Once Arisa arrived, the Big Brother Canada taping actually went smoother and faster than I thought. If you’ve seen an eviction episode, picture that, but then picture it playing out live in front of you. We saw the same intros and videos packages in order as what was shown later.  Arisa  was making the transitions, or throwing to breaks along the way. The pauses in between the action were only a few minutes long, up to the actual eviction part.

Once Ryan (spoiler alert?) was voted out, there was a lull. He needed to be transported from the house, to us.  On TV,  you think that as soon as they walk out the house doors, they walk into the studio. This isn’t the case. Ryan did a quick sit down interview with Arisa at that time. However, he came back later to do a longer interview, which was to be shown on Facebook the next day.  After the first interview, there was a long gap in the taping. They had to get ready for the the Head Of Household competition. During this time, Philip hosted a “slop-eating contest”, where three lucky audience members got to try that classic Big Brother staple food. Surprisingly, no one gagged, and they calmly chowed down their slob.

We saw the first few minutes of the HOH comp, before Arisa put a wrap on things. I thought that we might be able to watch the whole competition play out, but because it was an endurance one (re: long time), this wasn’t possible. Doors opened at 3pm, and we were out of there around 6pm.

All in all, while not quite jaw-dropping (even though my daughter’s jaw dropped when I told her about the day), it was a pretty memorable experience that I’d recommend for any Big Brother fan, if the opportunity comes up. I definitely wouldn’t mind going again, in the future.

Until next time, peace. And remember…someone is always watching!!!