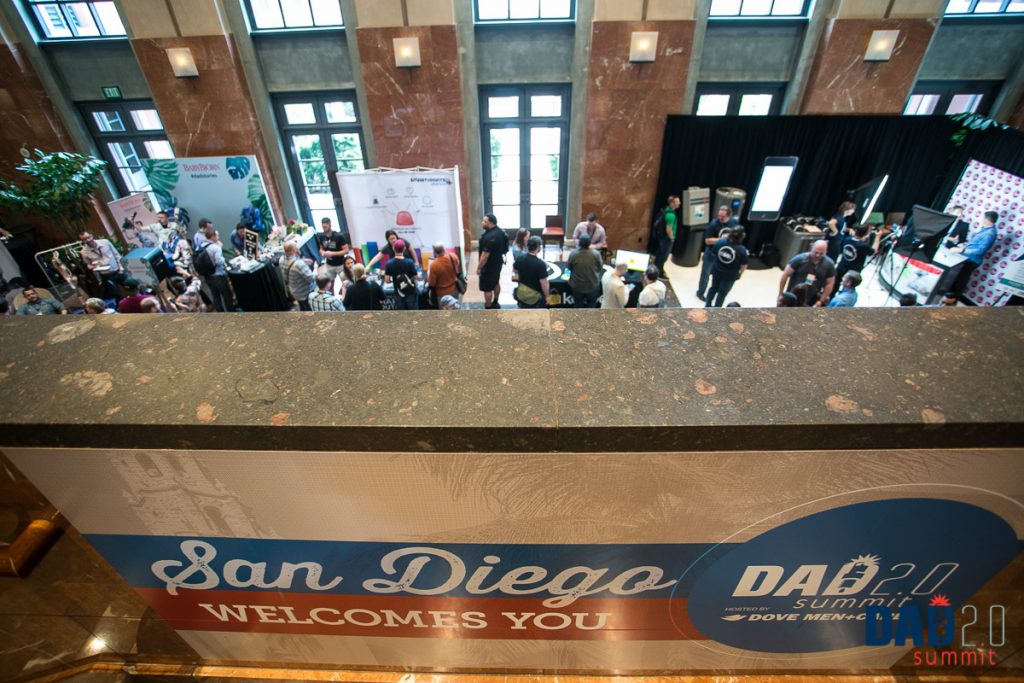 I remember being told once that sometimes in life, you’ll feel a little nudge, like something or someone is gently pushing you in a direction. And when you do get that feeling, don’t resist, just go with it.

I felt that nudge recently, and that’s how I ended up at the Dad 2.0 Summit.

For the uninitiated, Dad 2.0 is an annual conference for dad bloggers, held this year in San Diego. It’s an opportunity to discuss all things fatherhood-related, with like minded people and brands.  I personally have never been able to attend one, however, and had always been on the fence about going.

My nudge came in the form of a Miller Scholarship. I was fortunate enough to be awarded one of these by the Dad 2.0 organizers (thanks again, guys!). It included a free ticket, and money to help offset the travel expenses.  Soon after, I found out that I had also been selected as one of five spotlight bloggers. Not only was I attending for the first time, but I was also a featured speaker, where I was going to read this post! To say that I was nervous was an understatement. 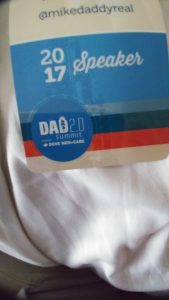 See, at Dad 2.0,  there were hundreds of bright, talented, opinionated people (and also yours truly) looking to engage in meaningful dialogue about every subject under the moon. At the core of these conversations was dad stuff and/or social media. The talks occurred formally (like at the workshops, panels and breakout sessions) and informally (like while getting your drank on, at night). The schedule was jam-packed, too, so there always an opportunity to be engaged, if you chose to be.

I went to Dad Voices (formerly known as Dad Slam) on the Friday night. This was a highlight event for a lot of people. Names were drawn, and you could go up and read whatever you wanted, poetry-slam style. I threw my name in, and got selected to go up second. The post I picked out (this one) wasn’t deep, but it’s one of my personal favorites.  Not surprisingly, many brave, honest, wonderful posts were heard after mine, making me even more nervous for my reading the next day. Dad Voices wasn’t just listening to people read, though. An impromptu birthday celebration for the amazing Lorne Jaffe happened.  A ukulele jam broke out. Many tears were shed, and laughs were had. It was an all out cool night, which was neat to be a part of.

Let’s talk about the attendees. The level of camaraderie among them was off the chains.  My initial observation was that Dad 2.0 felt like a get together of old friends, where everyone knew each other already.  Sure, I knew some people, through Facebook, but not personally.  I carry a pretty low profile, and I felt like an outsider, at first. Luckily for me, the dad blogger community in attendance was very open and welcoming, for the most part.  It helped that there were a ton of “newbies” in attendance, who were in the same boat as myself.  As such, I met a lot of awesome guys and girls, who hopefully I’ll stay in touch with. Professional bloggers, wannabe bloggers, amateur vloggers, a fellow Hamiltonian (!!!) who was doing research for a study, it really was quite the range of attendees. I even met Josh Temple, from HGTV! 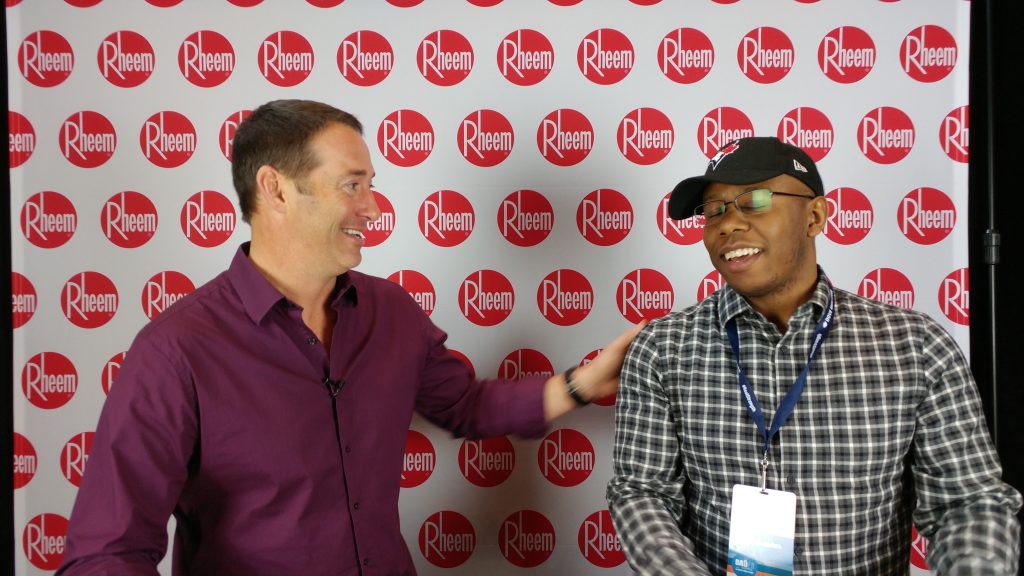 This was part of an interview that I did with Josh, put on by one of the sponsors, Rheem. The lesson learned there was that I suck at interviews, and should never be put in front of a camera again.

Regardless, I do have to say the sponsor game was on point. Whether it was hosting delicious meals and parties, or taking us out on excursions, I was impressed with the efforts that they made. My own personal fav was getting a straight razor shave for the first time ever, courtesy of Dove Men + Care. Yo, my face felt smoother than Bruno Mars eating a fresh jar of Skippy on a newly polished floor!

Also, whatever you might have heard about the swag at Dad 2.0 is true. I brought an extra knapsack, and came back to Canada with it full of cool goodies.  So big up to all of the sponsors – Dove Men +Care, Kia, Gifted Movie, Rheem, Lego, BabyBjorn, Plum Organics, Best Buy, Facebook, Russell, Hero Clean, Keeper Security, General Mills, fodada, and Smartypants Vitamins.  It was refreshing to talk to so many brands who were legit interested in parenting and fatherhood.

All in all, Dad 2.0 was dope, for real. Numerous people said it was the best conference of this kind that they’ve ever been to.  I gotta give props to the co-founders, Doug French and John Pacini, for making it all happen. It was a whirlwind three days, and I’m glad that I had the opportunity to partake in it. Once I got comfortable being uncomfortable (to steal a quote from featured speaker an ex-NFL star Charles “Peanut” Tillman), the Summit wasn’t so nerve-wracking. Oh, and for the record, my reading went just fine.  I  mean, the other spotlight bloggers and keynote speakers were all incredible, but I was OK. I didn’t get booed off the stage, like I feared, anyway.   Actor/director/closing keynote speaker Andrew McCarthy chuckled at one point, I think. #winning

If you’re on the fence about attending the next Dad 2.0 Summit, consider this your push. Just do it!