Why My Son Is Awesome (Stories For Dads)

Yo, don’t judge a post by its title! This isn’t a ‘Buzzfeed’-style deal, where I do something like list off 10 reasons why my children are so terrific.  This is one of the nicest stories for dads (and moms) that you’ll read today. You see, one of my kids, B , really is awesome.  He is. Lemme give you the story why.

Like most good ideas, it all started drunkenly one night at a bar, many years ago.  Before children, before marriage. On this particular evening, a controversy emerged. Two of my buddies (let’s call them CA1 and CA2) discovered that, even though they didn’t work together, they had both come up with the same nickname for themselves, at their respective jobs: 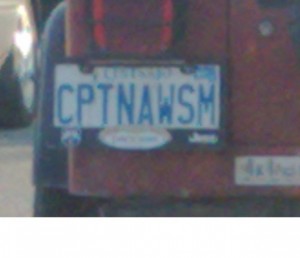 Someone beat them to the personalized license plate, though.

I bet that there’s only one T-Swizzle in Taylor Swift’s posse, and that’s Taylor Swift! Amirite, Tay-Tay? 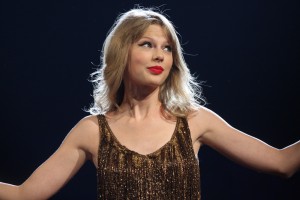 Anyway, it was decided that a challenge needed to happen, to determine who could hold the singular title of Captain Awesome. Not just any challenge, however; A monumental event! So, the first AwesomeMania was set.

Event:  A winner-takes-all game of Blades of Steel on Nintendo! 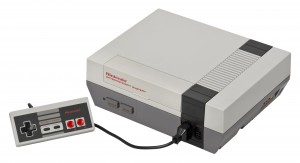 Yes, old school Nintendo. Did I mention this happened in like 2008?

At the inaugural AwesomeMania, CA1 beat CA2, to earn the right to the name of Captain Awesome.

Aight, aight, you probably think that this all sounds like a stupid waste of time.  I counter with some paraphrased words from a great modern character of this century: Ted Mosby of How I Met Your Mother:

That’s the thing about stupid decisions. We all make them, but time is funny and sometimes a little magical. It can take a stupid decision and turn it into something else entirely.

From that point on, things only got better. For years, the name of Captain  Awesome was treated like a championship belt, without the actual championship belt. Whoever had the title would have to defend it, usually in a ridiculous manner (ie. paper, rock, scissors). Among this group of friends, it was like the name carried some prestige behind it. Bragging rights, too. For example, CA1 was a groomsman at my wedding. No joke, he was introduced at the reception as ‘the longest reigning Captain Awesome in recent memory.’

Shoot, when yours truly won the title, I renamed my competitive dodgeball team:

“Captain Awesome and the Awesome Express.”

Best believe the T-Baggers were one of many teams who got steamrolled by the Express that season.

Let’s fast forward a bit, then, to not long before B was due to be born.  Once again, the setting was a night at a bar, with CA1 and CA2. At the time, I was the current, reigning, defending and undefeated Captain Awesome.  We started to discuss what the next AwesomeMania should be. We kicked around some ideas. For some reason that I can’t remember, the conversation turned to my impending fatherhood.

It’s weird, man. Over the course of our lives, we have a lot of titles. Some are important; others seem important at the time, but, in retrospect, probably weren’t.  I was about to add a whole new title which was way more important than any that I had ever had before, or since:

That night, we came to a mutual decision. After B was born, we would retire the dopeness that was Captain Awesome, and all of the shenanigans which went with it. There was one condition, though – I would pass the title onto B, for him to hold onto, forever.

And that, my friends, is why my son is awesome. 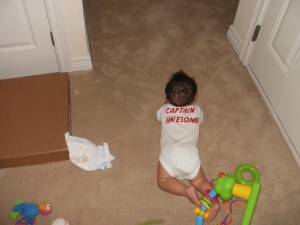