What up, my dudes! Another year has almost come and gone, and looking back on it, I see that it’s been an interesting one, for real.  Through the many trials, tribulations and experiences (some of which I’ve written about here), I’ve really learned a lot. For example:

– I spent some time behind the scenes, in the audience, and in front of the camera. The TV and film life is cool from a distance, but it isn’t for me.

–  Being excluded sucks, and I’ve tried to remind my kids of this. Hopefully, they aren’t the ones who someday start a club like No Homers.

– From my chaperoning adventure, supervising large groups of kids isn’t my forte.  Yet.

– B’s hoop skills have improved a lot. It’s just a matter of time now before he beats me one on one. When this happens, chances are I’ll cry.  In the meantime, if he’s close to winning, I’ll start faking an injury before the last bucket, so my L isn’t official.

– J’s grown up a lot, too. Reading, for instance.  She started the year as a pretty average reader for her age. She’s gotten a lot better, though, month by month, to the point that she now reads bedtime stories to me, instead of vice versa.

– Speaking of growing, check out her legs in this picture:

It’s from a modeling gig for a catalogue.  I figured that there would be some photoshopping or whatever involved. However, of all the things to digitally enhance, I have no clue why the photographers settled on a six year old girl’s legs. Always expect the unexpected, was my takeaway from that experience.

– We booked a road trip to Lansing last year, in part to see uber baseball prospect Vladimir Guerrero Jr. About a week before our trip, he got called up to the next minor league level, so we didn’t see him. This season, I bought Toronto Blue Jays tickets in April, for a September game, thinking Vlad would be in Toronto by then.  Then in May, I heard that Vlad was being called up to Buffalo soon, so we made plans to see him there in June.  Before our game, though, he ended up on the injured list, so we missed him again. When September came around, the Jays didn’t call him up to the major leagues, so I didn’t see him there, either.  Conclusion? Vladimir Guerrero Jr. is a unicorn who does not exist.

– KJ is a sweet lil dude overall, and hilarious, but the ‘terrible twos’ is still very much a thing. He spent the other day alternating between happily playing and losing his mind because he kept asking for “daddoo back”, and because I’m adult who speaks English, I had no idea what the heck he wanted.  If daddoo back was a physical object, he probably would have  beat me with it. 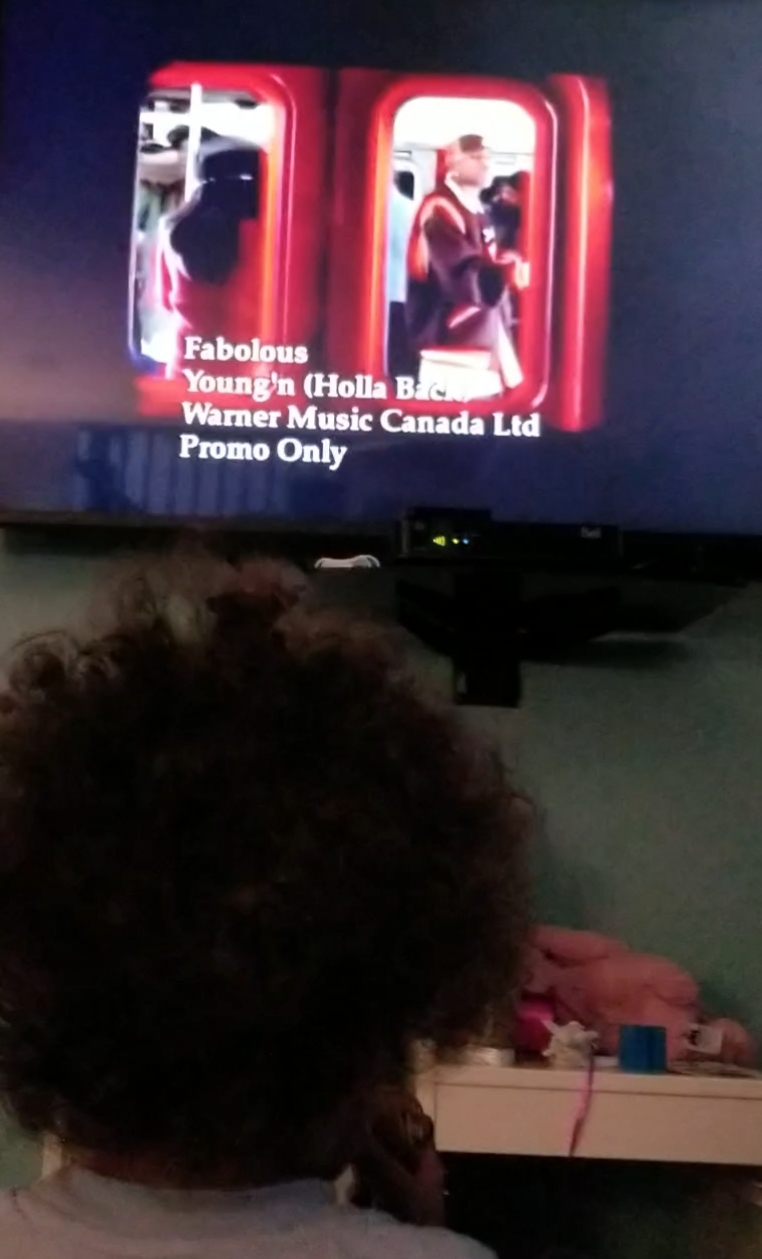 – The older I get, the more conservative I get. Take this story, for example, of P.K. Subban, Lindsey Vonn and friends, cliff jumping.

About a week before, no joke, I was in the same spot, same cliff, with some of my friends, who took the same plunge as in this video. Where’s my Instagram evidence, you ask? There is none. I chickened out. Those rocks look painful, yo!

– If someone told you that, in the last twelve months, they hung out at a set where Drake filmed stuff on, saw Drake in concert, dressed up as Drake for Halloween, and In My Feelings was their most played song of 2018, you’d probably say, “Man, that teenager sure is a Drake fan!”.  The fact that I’m actually talking about my thirtysomething year old self probably means that some of you are going to stop reading the rest of this now, out of Drake hate. Anyway, in 2018, I’ve discovered that I apparently really like Aubrey Graham.

– Finally,  I think the most important lesson that was reiterated this year was to not take your family and friends for granted. Like Ferris Bueller said, life moves pretty fast. If you don’t stop and look around once in a while, you could miss it. So enjoy life, and the people in it who make it better.