Ever notice that, sometimes, kids say stuff that make you do a double-take, like you can’t believe what you just heard?

Shoot, I talk to B and J for long enough, and I’m saying “What!?” more often than Lil Jon.

No rhyme or reason, either. Doesn’t matter what their little moods are.  The randomness out of their mouths is always unpredictable.

B opens the fridge, then gets excited:

(Note: I think that we mentioned to B once, months ago, that Canada discontinued the penny. Somehow, this fact stuck. Meanwhile, I tell him to tidy his room, and he tells me that he forgets how to do it.) 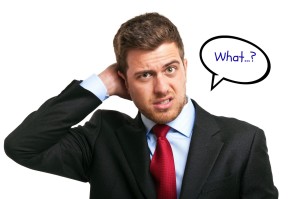 (Note: It’s May. His birthday isn’t until December. Based on how he talks about it, though,  you’d think it was right around the corner. He also keeps inviting people, mainly strangers or kids that he just met, to come. At this rate, with his growing guest list, I’m going to have to rent out the Rogers Centre.)

Or they could be having some sibling rivalry, like this example…..

B and J are putting on their pyjamas. B picked his out.

(Note: Didn’t realize that they were in a hot pants contest.  With his tight shorts that were halfway up his thigh, he looked like an NBA player in the 80s.)

Or even when they’re feeling silly…..

Right now, B is all about the penis, and its various synonyms (the PG rated ones).  Cracks him up, he thinks they are hilarious. Thanks, B’s kindergarten class, for the anatomy lesson.

K and I told him one day that weiner was also another word for a hot dog. So of course a few days later:

B – ‘Dad, you lied. I told everyone that a hot dog was a weiner and everyone said that I was wrong.’

(Note: Who’s he talking to? How many people is everybody? The image of B telling anyone who will listen at his school about hot dogs and weiners is ridiculous, and reeks of say whatness, for real.)

Unlike this time at the grocery store…..

B  was in a shopping cart.  I’m grabbing some corn husks out of  a bin amongst a crowd of people. So this naturally led to:

(Note: This was said to no one in particular. Hey, at least the little old ladies who were also at the corn bin weren’t confused about who his father was.)

You get the idea. Me saying ‘What?!’ comes at any given time. It could even occur during serious conversations, like this example….

Once a couple of weeks ago, while he was quietly playing with his cars:

(Note: And then it was back to playing quietly, as if claiming to be an ultra underaged alcoholic was no biggie.) 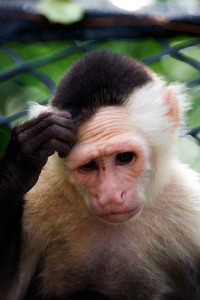 Yep.  Every now and then, talking to B can make you feel like your mind is playing tricks on you, no doubt.

It’s not just B, however. J has her moments.

Me – ‘We don’t have fries, either. Do you want a sandwich? What kind of sandwich do you want?’

She sat down at the table, so I made her a sandwich. Peanut Butter. As I brought it over to her:

(Note: Holy one track mind, Batman! Anyway, she happily ate it. Maybe she was pretending that it was chicken.)

Afterwards, I gave her a coconut cookie. As she was eating it, B, never to be out done, walked over: