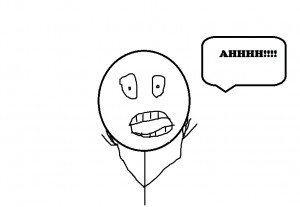 Try as you might, you can’t force role models onto your children.

I would love it if my kids acted as dope and awesome as me, for example, so I constantly try to project dope awesomeness (What? It could be true).  Nonetheless, while I’m sure that B and J respect my awesome dopeness, I can’t hold a candle to other people that they’ve seen. I don’t have any magic powers, or possess  super-human strength, or wear a funky costume. It’s way cooler to run around acting like Batman or John Cena or Elsa than it is to act like my 9-5, office job working butt.

See, it’s one thing to just admire and pretend to be like someone. It’s another thing to actually think you are that someone.  And you don’t want to be the parent of that kid.  You know what I mean. The boy in a cape who seriously believes he’s Superman (one wrong move among the wrong people, and that child will learn real quick that he’s not impervious to pain).  The girl who watches the Olympics and then thinks she’s really McKayla Maroney (one bad landing on the monkey bars, and she’ll actually have a reason to look unimpressed). 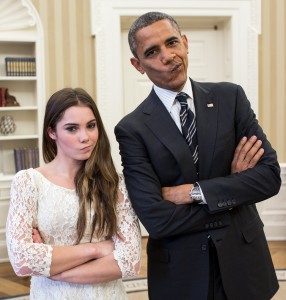 I gotta keep it real with you, though. For a while recently, I did have that kid.

Over the holidays,  our family watched a bunch of Christmas movies. Well, not me so much, but K, B and J did, anyway (No network showed my personal favorite, Santa With Muscles, so I silently protested watching other Christmas films. See what I mean, about me being awesomely dope?). Unfortunately, B, bless his five year old heart, took a particular liking to two of them – Home Alone, and Home Alone 2: Lost In New York. Granted, there’s a bunch of stuff in both that went over his head. The stuff he got, however, he really got. B somehow could totally relate to Kevin McCallister, the main character. Consequently, he started to behave like him.

Ahhh, how cute, you say?

Have you seen those movies? Kevin is a bit of prick. As a result, our “Kevin”:

– On Christmas Eve, was full ofr adrenaline, so he spent most of the evening running around, waving his arms, screaming at the top of his lungs, emulating Kevin when he did this in his house.

– When I would try to talk to him, would give me random, sassy replies ie.

Me: How many more days until Christmas?

I should mention here that he doesn’t know all of the swear words yet, so to his ears, Kevin said ‘mass’ in the movie, which made mass a perfectly acceptable insult. Before you think of kicking my mass, please note that he was reprimanded accordingly, for the salty language.

– Gave J a snack, and told her to ‘keep the change, ya filthy animal.’

– Got caught thinking of climbing into a storage bin, and riding it down the stairs (reminiscent of the scene in the first Home Alone, where Kevin does this with a sled). After being reprimanded, he settled on putting a stuffed animal in the bin instead, and pushing it down the stairs. The animal went flying out of it and crashed horribly. It probably died.

– Got a hold of a roll of ribbon, and unwound it around various objects in the kitchen. In his words, he set a terrible trap.

The trap worked, and I tripped on it!

– Had the following conversation:

B: What would happen if burglars came into our house?

Me: Our house is pretty safe. Burglars can’t get in.

B: But what if they knocked on our door at night and said “Excuse me, we need help. Can you please let us in?” And then you let them in, but they were really burglars! What do you do then?

Me: That wouldn’t happen. We don’t answer the door at night.

B: What if they tried to get into some other houses?

Me: Maybe we’d hear them, or we’d see them, and we’d call the police.

B: What would they be wearing?

Me: I don’t know. Dark clothes and gloves.

B (shocked voice): But I wear dark clothes and gloves sometimes! What if people think I’m a burglar?!

Me: No one will think you’re a burglar. You don’t creep around people’s houses at night, and try to sneak in.

B: That sounds so cool! I wish I was a burglar!

Anyway, you get the idea. Living with Kevin McCallister kind of sucked. Luckily, he didn’t last too long with us, and B went back to being himself.

Take it from me – you can’t force role models on your kids.

However, you sure can filter out candidates, which I’m going to be more diligent in doing, going forward.