Road Trippin’ – Things To Do In Cleveland With Kids! 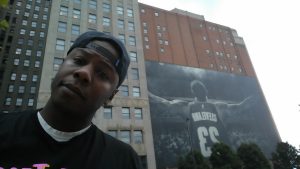 For our summer vacation this year, my family decided to go to Cleveland, Ohio. Now, when I would tell people this, it was met with one of the following three reactions. Confusion (“Cleveland? Why? Do you have family there? “). Disappointment (“Cleveland? Oh. That…um….sounds interesting? I’m sure there that there are lots of things to do in Cleveland with kids, like, um, rock and rolling?”)  or excitement!  (Wait. Only one person that I talked to was excited. A co-worker of mine who wanted a pair of  motorcycle gloves from Whiskey Grade, which I agreed to pick up for him).

After spending four days in da Land, I can honestly say that the city deserves more of the latter reaction, and less of the first two. There’s quite of bit of things to do in Cleveland with kids, and more than enough to make a fun trip out of.

For people like myself who live in the Greater Toronto Area, one of the best parts about Cleveland is its proximity. Being only five-ish hours away, it’s a great spot for doing a road trip and checking out for a few days, which is what my family did. As mentioned before on here, we are pretty big Toronto Blue Jays fans. As such, our vacation idea was to spend most of the week there, and take in an Indians-Blue Jays game. I’ll get back to the baseball in a bit, but spoiler alert – there’s actually tons of stuff to do in Cleveland!

Let’s start with their most well known tourist attraction – the Rock And Roll Hall of Fame.

I had my doubts, as I didn’t think B and J were old enough to find it interesting. However, children under the age of 8 are free, so we ended up going. That place really is a music lover’s dream. K and I easily could have spent a good part of the day exploring the memorabilia and displays. The kids were pretty indifferent to it all, though, so we only stayed for about an hour. They did get a kick out of playing with the jukeboxes which had music by every inductee on them.

Fortunately, right beside the Hall of Fame was a far more kid-friendly attraction – the Great Lakes Science Center.  The kids had a blast checking out the various exhibits and activities, while also learning a thing or two. The Sports Arena in particular was a hit.

Anyway, both the Science Center and the Hall of Fame are located on the waterfront. This is perfect for taking a nice walk to enjoy some scenery, or to play Pokemon Go. Whatever floats your boat.

Speaking of creatures, B and J love animals, so visits to the Cleveland Metroparks Zoo and the Greater Cleveland Aquarium were a no-brainer. The zoo is huge (183 acres) so we made sure that we were well rested, and dedicated a whole day to it. 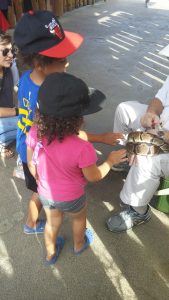 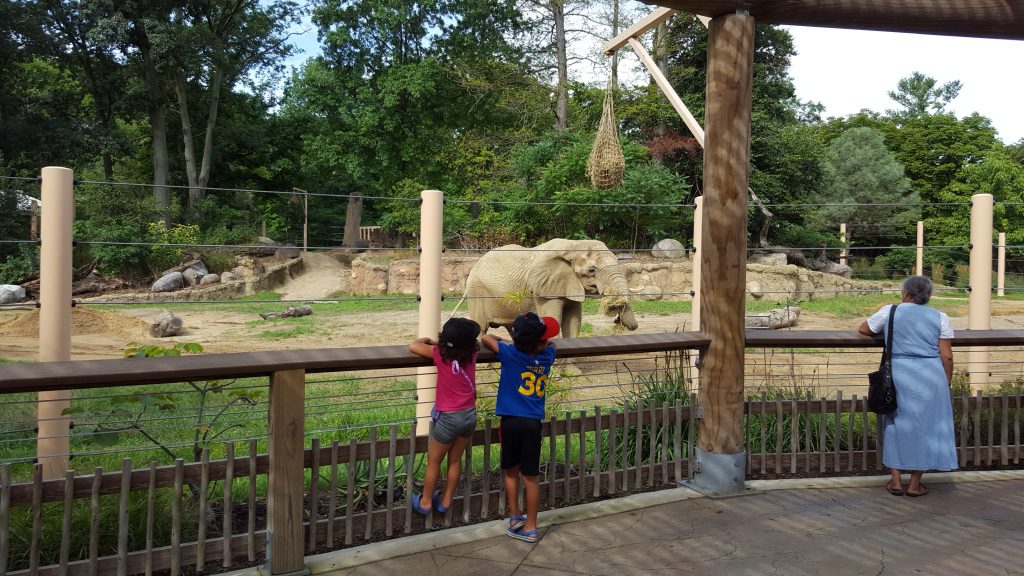 One neat thing about the zoo was that, for the most part, it was divided into themes, based on different areas of the world, which is how the animals were housed. For the record, my favourite area was The Rainforest, a big two storey indoor tropical environment.   Despite B and J’s best effort, we did not see all 3000+ animals that lived at the zoo. We did see a good chunk of them, though!

The Aquarium also went over very well with us. It was spacious, with tons of sea animals to look at. B and J did what any six and four year old children would do while there –  point out the names of random fish  (learned from the TV show The Octonauts) and go on a mission to find Dory (from the movie Finding Dory).

Meanwhile,  I  got hands-on with some stingrays and shrimp!

The only other aquarium which I’ve been to is Ripley’s, in Toronto. It’s impressive, but I liked Cleveland’s better.  It had a more laidback vibe to it, plus there were a bunch of friendly, knowledgeable staff available who patiently answered my stupid questions.

In terms of accommodations, we stayed at the Holiday Inn Express Cleveland Downtown.  This was easily the coolest hotel that I’ve ever been in. It’s located in an historic, 19th century building, so it has that old-school feeling to it. Our room was very spacious, with high ceilings, hardwood floors, and a kitchenette. What really freaked me out was how every person on staff that I saw was really nice and personable (it’s amazing what a smile and a few kind words can do for one’s perception). Being situated downtown also meant that it was within stumbling distance to places like Progressive Field, Quicken Loans Arena, House of Blues, a casino, a bunch of bars/restaurants, a bowling alley, and Rocket Fizz (an awesome soda pop and candy shop).

The most enjoyable part of the hotel for me, however? The evening refreshers!  #freealcohol.

OK, let’s talk baseball. We arrived into Cleveland on a Tuesday. Our Jays-Indians tickets were for Friday. As you can see in the above picture, taken on Tuesday, we had a nice view of the ballpark from our hotel, and a clearly very sparsely attended game. After looking into it, I discovered that the Indians had one of the worst attendance rates in baseball. More checking discovered that tickets for the game the next night could be had for cheap. So, the next day, I got a pair for myself and B, like 15 rows up from first base, for A LOT less than what we would paid for the same seats in Toronto. We and only about 13,000 other people watched the Indians and the Chicago White Sox play an entertaining game.

This would be all fine and dandy if the Indians sucked…..but they were in first place! What’s up with that? Tribe fans, why aren’t y’all supporting a winning team? It took the Blue Jays 20+ mediocre years just to be good enough to play meaningful baseball late in the season. Don’t take winning for granted, Believeland!

Anyway, the Friday game was pretty dope. Progressive Field is a sweet stadium with a great atmosphere. They also stacked the in-game experience; that night was free fedora night, $1 hot dog night, $2 cans of beer before the game, and a rockin’ fireworks show after the game. They had a ton of giveaways between innings, too. This kept B busy – he would run down the aisles to try to catch the goodies which were being tossed out.  More than half of the  30,000+ crowd was Jays fans (and rawkus ones at that) so it felt like we were at the Rogers Centre. It was just a fun time all around, the best game that I’ve been too. Even though Toronto lost, they at least lost in a memorable way – on a walk-off, inside the park home run. 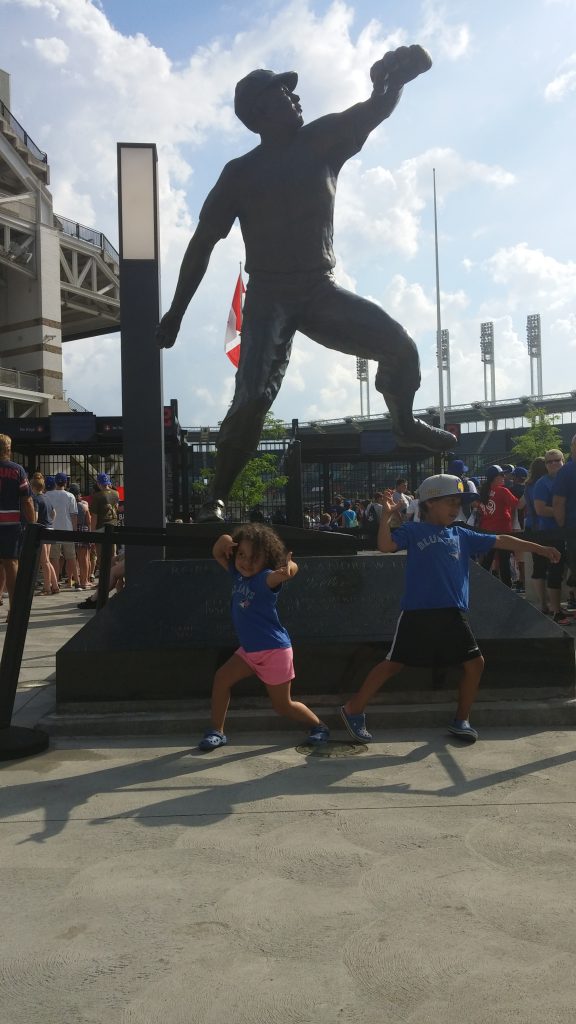 As someone who used to roll their eyes at the thought of Cleveland, I see now how wrong I was.  It really is a cool, charming city with a lot going for it, especially downtown. We spent four days in the 216, and there was still stuff which we wanted to see, but didn’t. Whether you’re a sports fan in the GTA like me, or are just looking for somewhere fun and different to go to for a weekend, why not make the road trip to Cleveland?