I’m always on the lookout for interesting things to do with the family. The more fun, the better. So, when my good friends at LEGOLAND Discovery Centre offered us tickets to come check out their LEGOLAND Vaughan Mills location, you know that we jumped at the opportunity to go, faster than you could say “Everything is awesome”!

If you’ve never been before, LEGOLAND Vaughan Mills is a spacious 34,000 square foot playground full of rides and attractions, dedicated to all things Lego.  A land of Lego, indeed!

After you are admitted entry, you are soon given the opportunity to take part in an interactive, hands-on “factory tour”, where you learn about how the bricks are made. Your kids will probably enjoy hearing about the process. My kids enjoyed running off and playing on the stations. 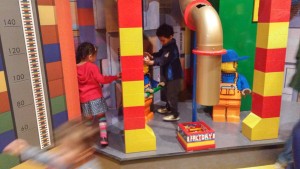 Next up for us was the Kingdom Quest Laser Ride. We sat in A “chariot”, and rolled through the dark, using laser zappers to shoot at various dangers.  Points were awarded for hitting the targets.  This part was probably better suited for older kids, as B and J struggled with the zappers. They still liked the ride and the thrilling action, though. 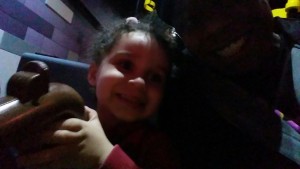 J and I on Kingdom Quest. Did I mention it was really dark?

EVERYTHING IS BETTER SMALLER.

We then made our way to MINILAND, which featured replicas of many Toronto landmarks, made entirely of Lego! This was easily my favourite attraction. 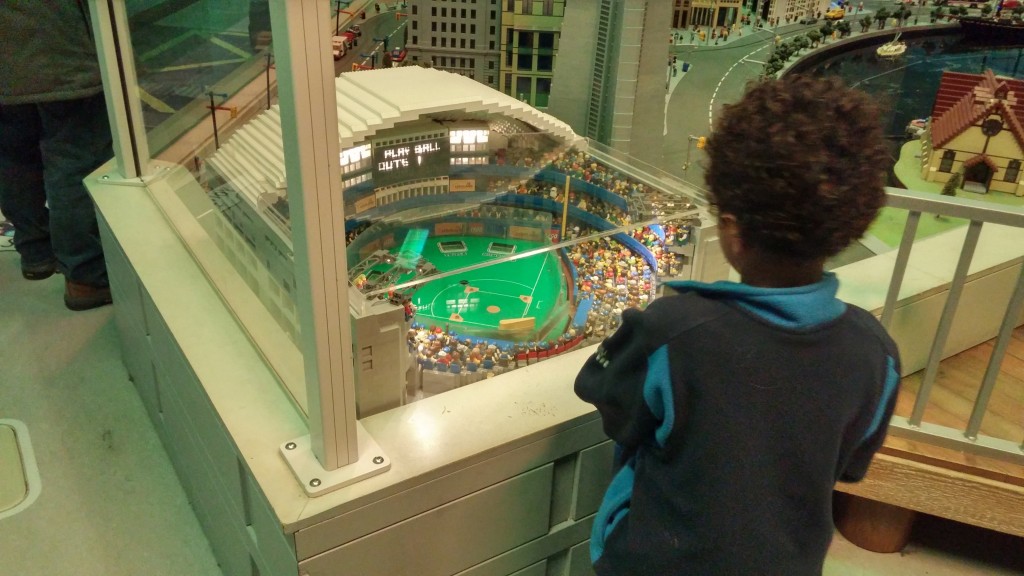 4D OR NOT 4D, THAT IS THE QUESTION

After MINILAND, it was off to the theatre, to check out The Lego Movie 4D A New Adventure. Now, if you enjoyed the Lego Movie like I did, then you’ll like this short film, too. It has many of the same characters, and a pretty clever storyline. I found myself loudly chuckling at some of the dialogue (much to the dismay of the children around me). Y’all been warned, though – you may get wet. 4D ain’t no joke! 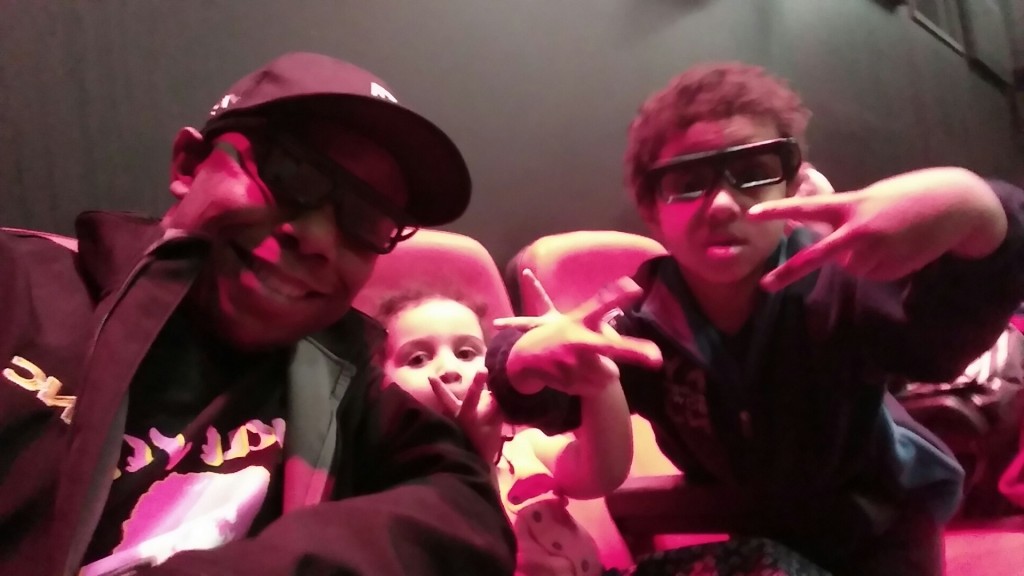 Ok, kids! Smile for the camera! Or make weird signs with your hands, Your choice.

We then made our way over to the Merlin’s Apprentice carousel ride. 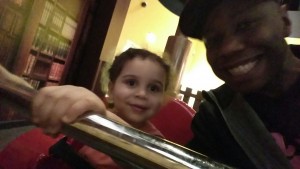 Don’t let J’s smile fool you in that picture. She was legit ticked that, despite me peddling furiously, K and J still flew higher in the sky than we did!

With the rides checked off, K and I let the kids explore the facility at their leisure. B and J spent a long time together in the Lego Fire Academy, which is a play and climb area. They then split off and did their own things. B loved the Racers Build and Test zone. He used Legos to build a vehicle, and then tried it out on the tracks, against the creations of the other children there. 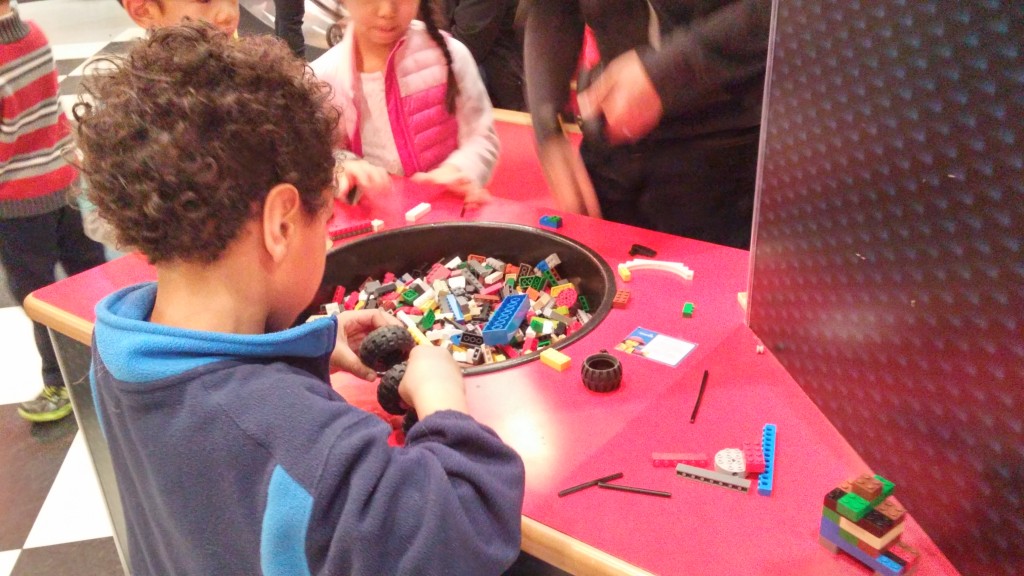 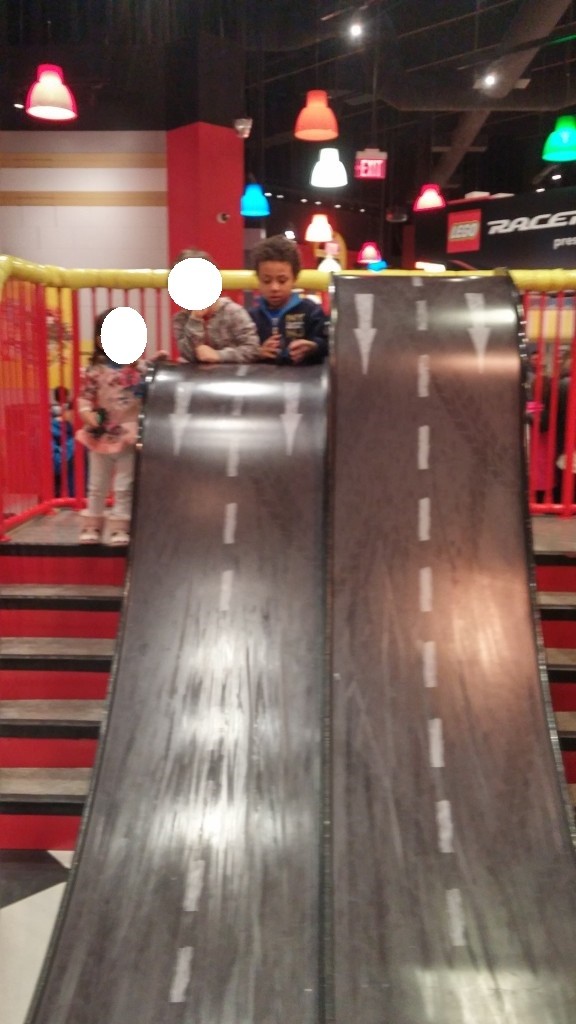 Some of these kids’ cars were not well-designed, like the one girl’s car that had a single wheel. Conversely, one car was engineered so supremely that I  wanted to ask the boy if Elon Musk was his father.

J played in this zone for a bit, too, but she spent most of her time in Duplo Village, or as she mistakenly called it, Suplex City (sorry, Brock Lesnar!) and in Lego Friends. 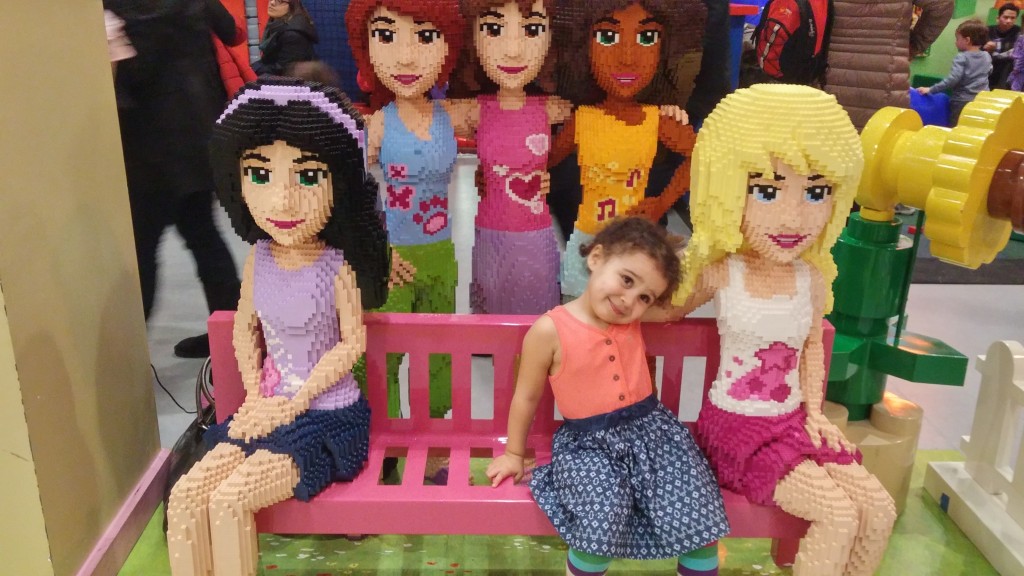 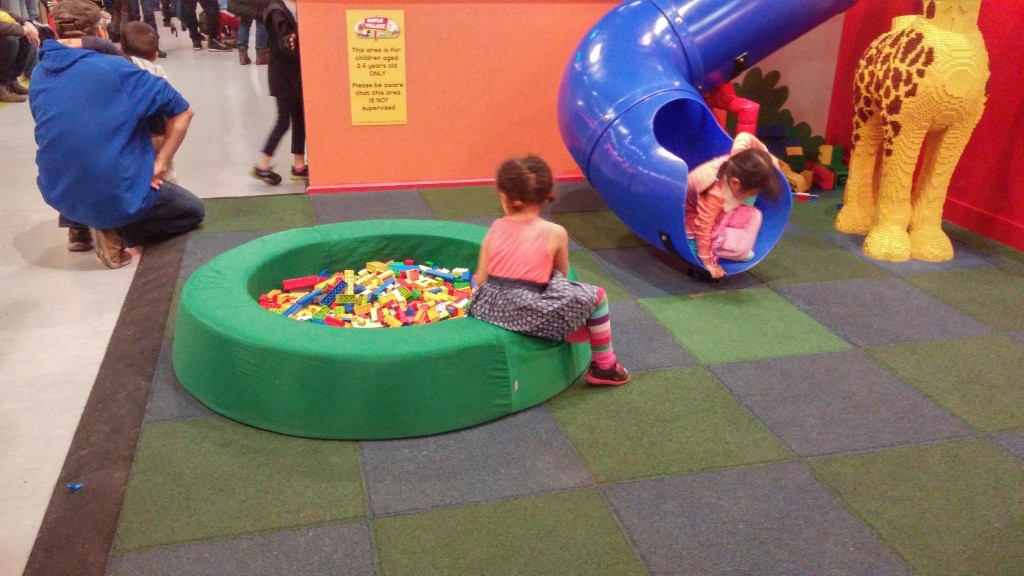 They spent so much time playing in these areas that we didn’t even see a bunch of the other attractions, like the Star Wars display, or the cafe, or the Earthquake tables. The only other part which I saw them visit was the “Partied So Hard That I Need To Pass Out On This Bench” attraction: 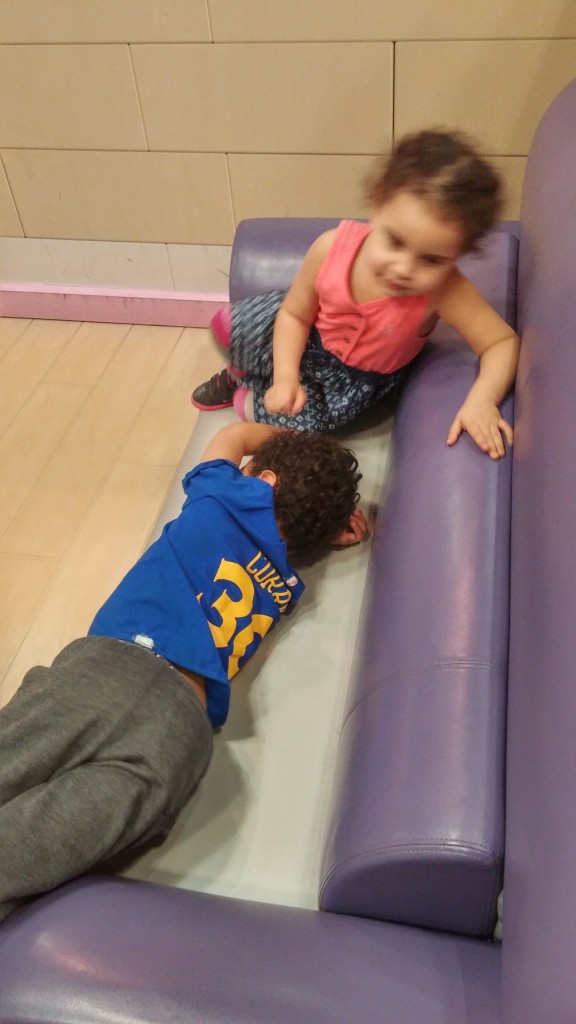 One other observation – we went on a holiday, and it was really busy, especially the lineup to get in. I would suggest buying tickets online beforehand, to save time and money.

Overall, we all really enjoyed LEGOALAND.  It compares very favourably to other local family-friendly destinations. I definitely recommend checking it out, if you’re planning a day trip with the kids!