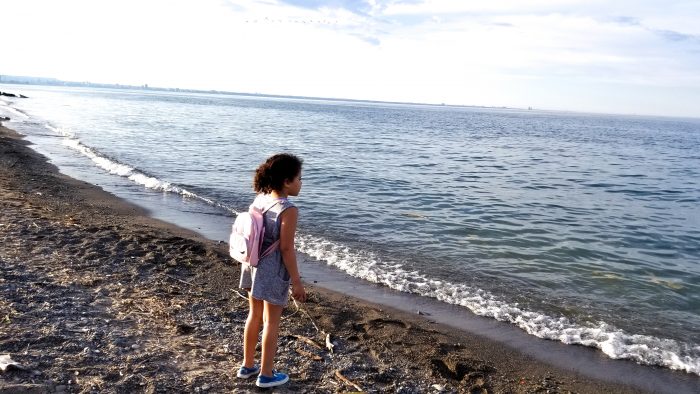 Playground Rules in The New Normal 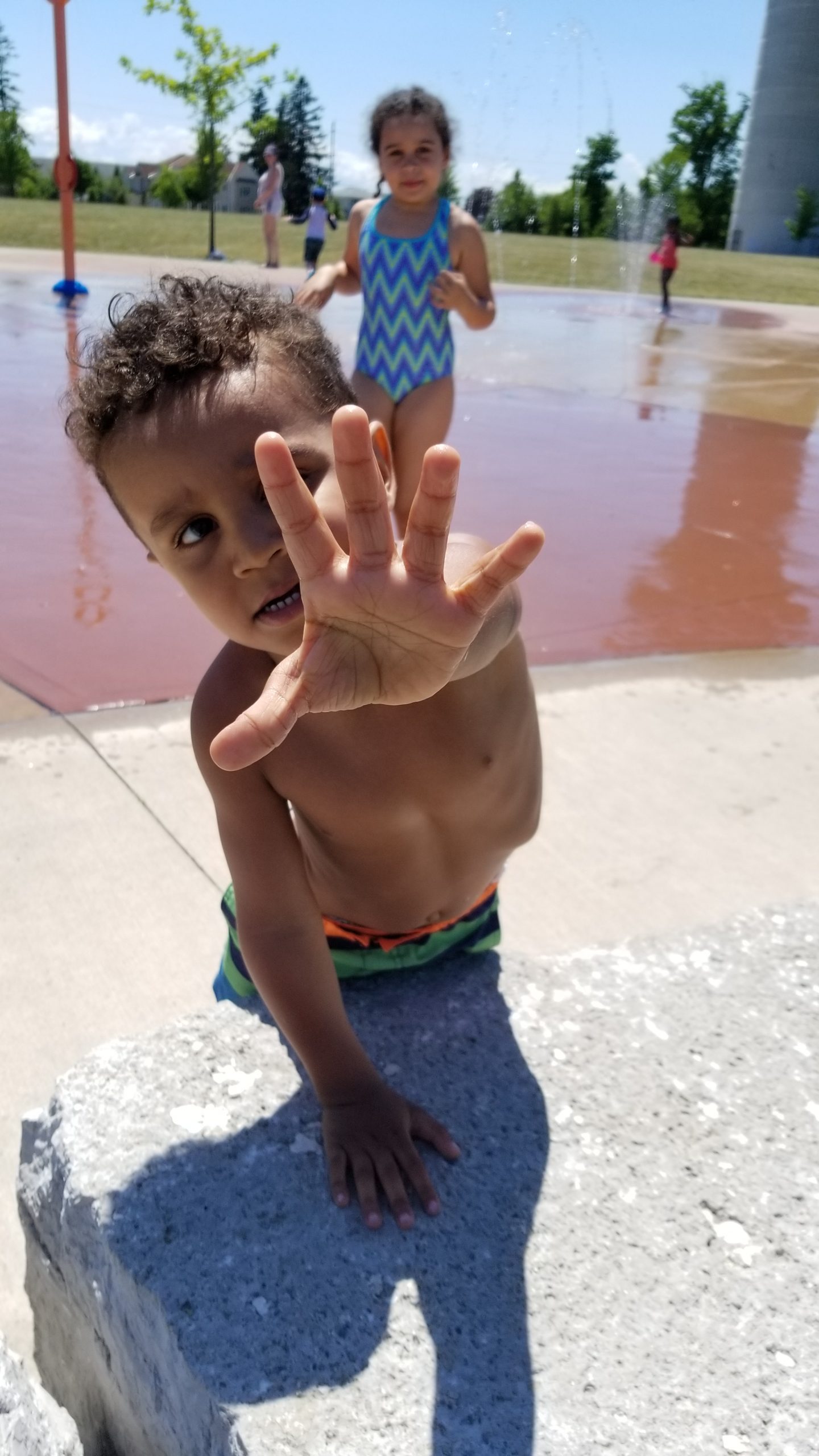 What’s poppin’! Unlike Jack Harlow, I don’t have a new whip to hop in. However, like Jack Harlow,  I have spent a lot of time locked in. Well, figuratively speaking, because of COVID-19, and not having many places to go. Anyhoo, today we’re talking playground rules during these unique times.

You see, taking things step by step, day by day (word to the hilarious 90s sitcom!) has been replaced by taking things phase by phase. Here in Ontario, we are mostly in phase three presently, which includes the reopening of parks with play structures. This is great, in terms of stifling child boredom. My kids love themselves some playgrounds!

Having now made several trips to different parks throughout Hamilton, I’ve noticed some stuff, good and bad, on these outings. Consider these my playground rules and observations, to help make you make my, err, I mean your, next visit an enjoyable one!

During phase two, when playgrounds were closed, there were many a time when we’d pass one,  and notice people ignoring the caution tape and warning signs to play on them. KJ and J would see this, and eagerly ask if parks were open again. They would be routinely disappointed with the answer. Those people who were breaking the rules were crazy, I’d think to myself. So risky!

Flash forward to the present, when playgrounds are open.  I’ve heard a lot about how it’s crazy to let kids play there,  given how easy COVID-19 is spread. The touching of equipment, the close confines, the ease of snot and spit transfer, etc. These people could be right, of course.

Within reason, I’m fine with  taking the calculated risk, approved by the government, and letting my kids play there. It’s all about your comfort level, I guess. Wherever you fall on that, it’s all good, my dudes.

Now, according to the Ontario government’s framework, kids are supposed to maintain two metres between themselves at playgrounds, unless they’re from the same household/social circle.  For KJ, his three year old mind doesn’t really grasp this concept. Or most concepts. For example, his concept of time revolves around his meals. 9:00am, 1:00pm,10:00pm, whatever, they mean nothing. Waking up means that it’s morning, because he gets a “good morning snack”. Lunch means that it’s afternoon. Dinner means that it’s almost bedtime. Bedtime means that it’s bedtime snack time. All in all, going to a park with him involves watching him closely, to monitor his social distancing.

J’s old enough to get it, though. And since she’s our dutiful rule follower, she’s quick to point out park-goers not obeying the rules. Our first park outing involved lots of scouting out different play structures before going to them, and her immediately relocating when someone got too close to her.  When she noticed people not socially distancing, like five kids hanging out together on one swing, she reported back to me. If my little park narc had a whistle and clipboard to write down all the infractions, her day would have been made.

I’m a pleasant fellow, usually.  Word of warning, however: If I do see you at a park, I’m going to treat you like a zombie, and stay the heck away from you. If  you cough, I will probably scream in terror. If you sneeze, I will probably take a giant leaping dive away from you, like how someone in an action movie jumps out of the way of an exploding building. Don’t take it personally. In fact, feel free to do the same to me. It’s just the new playground rules, baby. In these COVID-19 times, a little judgemental exaggeration and paranoia can go a long way. 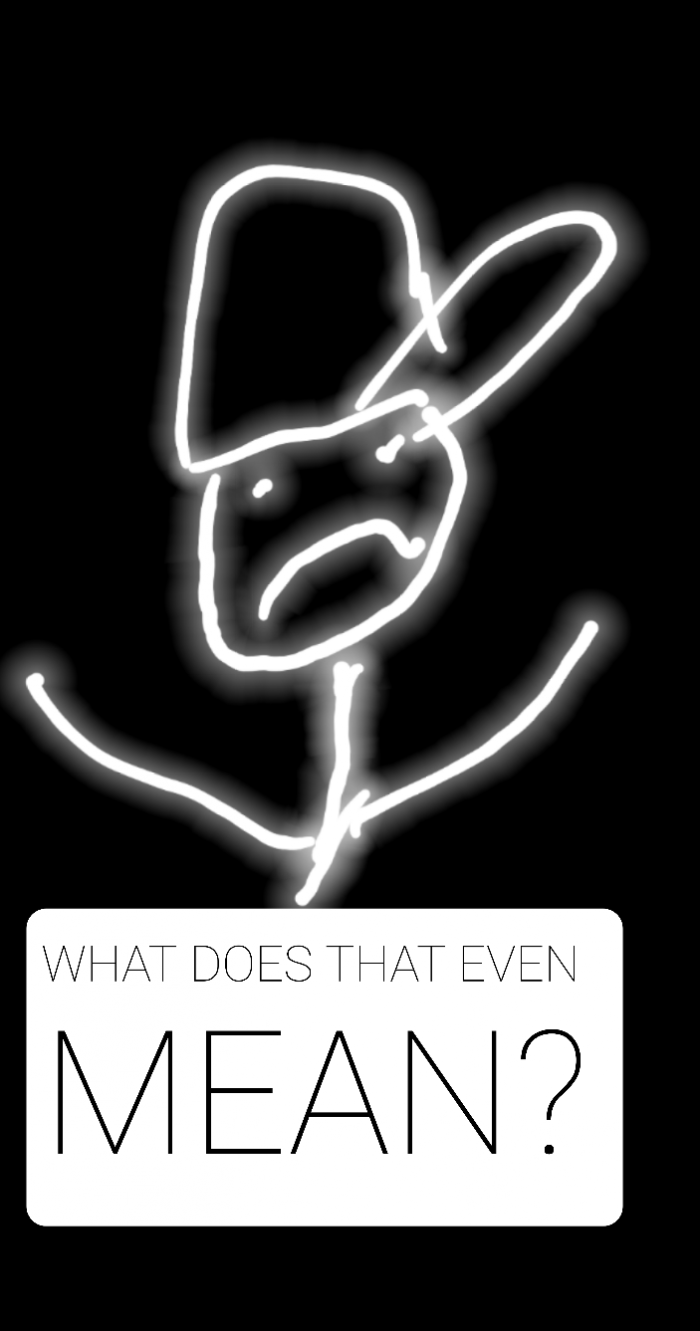 WATCH OUT FOR THOSE PUSHY KIDS

One recent park outing started off so well. The playground was only populated with two other kids, which was perfect. When we arrived, one dad was on a bench, happily lost in his phone, as his daughter roamed freely. I should have known something was up when, as we approached, the other dad there urgently kept trying to get his daughter to leave. Frantically even, with a sense of panic. Finally, he was able to do it, and the two of them quickly took off. The dad said goodbye to the other girl there, by name (l’ll call her Pushy, to protect the innocent).

When we got to the park, J handed me her bag of toys,  which I jammed in the backpack that I had. Her and KJ  took off for the slides. Seeing them, Pushy came over and introduced herself. Closely. With zero regard for social distancing. She was five years old, and with her dad, I heard her remark.  She wanted to play with them. J rolled her eyes, and said sure, doing her best to maintain some space. After a minute of Pushy following J and KJ around while spilling more details about her life, Pushy then came up to me, closely. She demanded to see J’s toys.

Sharing toys with some strange kid isn’t the best idea nowadays, so I nicely said nope, and that I was holding on to them, because they were special.

Pushy refused to take no for an answer!

She then asked J if she could see them. J heavily sighed, and agreed, so I pulled them out of the bag, and handed them to her.  As J showed the toys to Pushy, KJ was hollering for me, so I wandered over to him. When I turned around, though, Pushy was now sitting with J, closely, holding all of J’s toys. J was cringing and motioning frantically for me to come back. Turns out that Pushy took the toys, and wanted to keep them. At this point, I realized why the other dad was so quick to leave before.

I got the toys back from Pushy. We then told Pushy that we had to leave, because we had to go get their brother (partially true, as B was having a basketball practise at a nearby court). As we hurried off,  we all put on hand sanitizer, and I carried the toy bag delicately in front of me, like it contained a radioactive substance. We went to our car, where I proceeded to wipe the toys down with a combination of baby wipes and hand sanitizer. A bit extreme, I know.

I should note, unfortunately,  that Pushy’s dad did not see any of this encounter, as he spent the whole time chuckling at his phone, never looking up #baddadstereotype. Regardless, parents, if your kids are overtly friendly, that’s cool.  Maybe tell them to chill out on getting all up in strangers’ grills,  though.

THE GAMES WE PLAY

As luck would have it, B had a baseball practise the next day, which meant another playground outing for J and KJ, at a completely different park. This park was also lightly populated, which was nice. After a good amount of time on the play structures, with frequent breaks to clean their hands, they decided to play “family”. 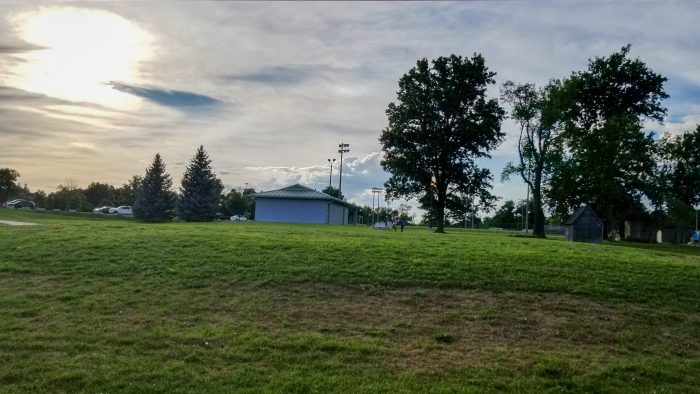 In this family, J was a single mother (Yes, J said this loudly, which caused the moms nearby to do double takes). She was at the park with her son.

I was not part of the family. I was a stranger (yes, J said this loudly, too, which I  had to loudly reply that I wasn’t some random stranger, I was their dad. It’s 2020, and you never know when a Karen might strike, right?). Their game then started.   J played with her son KJ on a spinning ride thing. She then walked off to take a pretend phone call, leaving KJ with me. KJ proceeded to yell that I wasn’t his uncle. No clue why.  J then came back mad, wondering who this stranger was talking to her son.

Yeah, you know what sucks?

Any game in public that involves your kids acting like they don’t know you, and treating you like some random creep!

I kiboshed that game, and I don’t recommend that you play it on your next playground adventure, either.

OK, let’s kibosh this post now, too. Until the next one, peace!

17 thoughts on “Playground Rules in The New Normal”