Pentatonix Concert – It Seemed Like A Good Idea At The Time 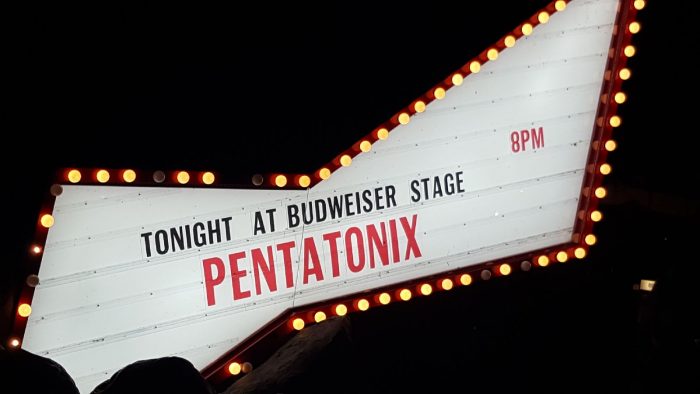 Do you remember when I made a joke about becoming a Pentatonix fan?  Yeah, turns out that I wasn’t joking.  Even better, that lovable a cappella singing quintet was part of a milestone – our first family concert was to see them live! Yes, that’s right, we saw a real live Pentatonix concert!

How’d the concert go, you ask?

First off, I should say that finding a musical act who we all could enjoy and who wasn’t inappropriate was surprisingly hard. Whereas I like Drake, I could never bring my eight, six, and almost two year old to his concert, for example. Pentatonix hit the sweet spot, though. Their music is pretty tame, plus they do a lot of cover versions of  popular, current songs.  Since K really likes them, B and J like the songs they cover, KJ has no choice as he has to go wherever we go, and I don’t hate them, we figured we would see them live.

The venue was Budweiser Stage, in Toronto. Our Pentatonix concert tickets were cheapo lawn seats. Having never been before, I had to do some research.  Reviews online, in general, said that the place was great for watching concerts, but food was expensive, and the parking sucked. Strollers and high lawn chairs were prohibited, but blankets were allowed. Taking the Go Train was recommended, but because of the kids/lack of stroller, it was a bit too much of a walk for us, so we had to drive. I figured we would go early-ish, to get a decent parking and lawn spot.

I’m telling you now, the reviews don’t do Budweiser Stage justice. The parking is atrocious. All lots near the premises were full by the time that we got there, but because of the limited entrances, it’s impossible to know they’re full until you get close to them. So picture a long lineup of cars, all being denied by attendants only as they approached them.  One open entrance clearly pointed to parking, so a lot of cars, including us, lined up to go into it. However, once you got in and drove up the lane, we discovered that it just led to a roundabout that went back down to the street, no parking. It was basically the equivalent of the escalator to nowhere on The Simpsons. 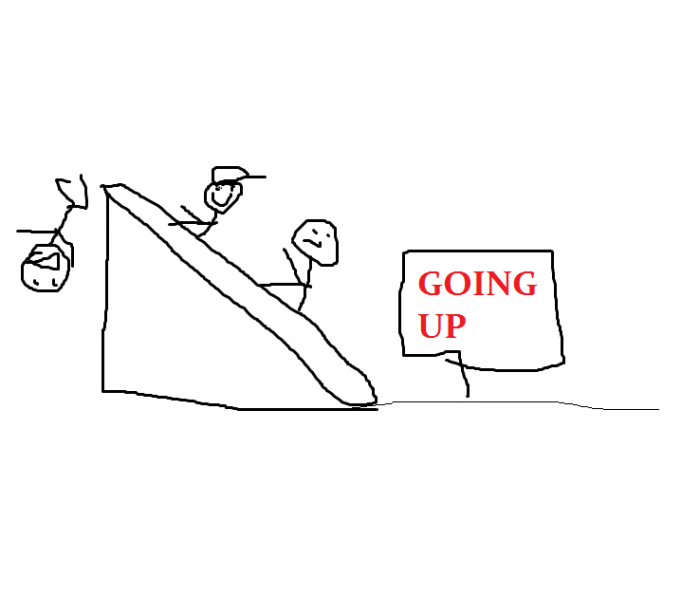 After waiting for a good half hour in line, one of the attendants finally advised us where the nearest parking lot was.  That lot was basically a million miles away, which, again, wasn’t ideal for our family. Now late for the Pentatonix concert, I decided to loop back, drop K and the kids off by the front gate, so they could at least enjoy the show, find a parking spot, then run to meet up with them after. After dropping the fam off, I headed over to the million mile lot. Believe it or not, it was full, too. I then tried a couple of other lots nearby. Also rammed. Who knew Pentatonix were so popular?

After driving around beautiful downtown Toronto aimlessly, I eventually found some open street parking two million miles away from Budweiser Stage. Yo, beggars can’t be choosy. I pulled over, and went to see the rates. After 9pm, it was free, but I was there a bit after 8pm, so it was only $2.

Reading more, it looked like the only way to pay was by mobile, via an app which had to be downloaded.  The app required paying $20 upfront.  I had to make an account balance, which could be used at any of the company’s parking spots in Toronto. You know, a city which I don’t live in.

Not wanting to miss more of the concert, but being about a marathon’s walk away, I paid the $20, then ordered a Lyft, to give me a ride back. On the way, the Lyft driver told me that people were waiting for an hour for their Ubers, taxis and Lyfts after another concert, the prior night at Budweiser Stage. He advised me to either leave the show early, or walk up the street when it was over and get a ride off-site, to avoid the long wait. Leaving early was the best solution. You know, to go with me being already late.

Finally, I arrived.  First stop was to the concessions.  I saw people ordering “bottomless” popcorn, so I asked for one of those. I was subsequently told by the cashier that there wasn’t any, and to try the other concession stand, on the other side of the place…..even though people were clearly buying popcorn near me.

Next, I had to seek out my family.  The place was jammed packed, and seating areas were limited. I found them in the very, very back, with a large pole blocking the view. Not only that, but despite the venue stating regular-sized lawn chairs were prohibited,  some people had come after my family had set up shop, and placed their regular-sized lawn chairs in front of our blanket,  which also impeded our view.

Fortunately, I hadn’t missed Pentatonix, as the opening act, Echosmith, was still performing.  All I could do was make the best of the less than ideal situation, and enjoy the evening.

Some random guy came up to us, looking for four people to switch seats. Since there was five of us, we declined. I saw him walking around for a bit, but then he came back over. Turns out, he was the promoter. No lie, he said that we could have his dead-centre box seats, no strings attached! #upgraded 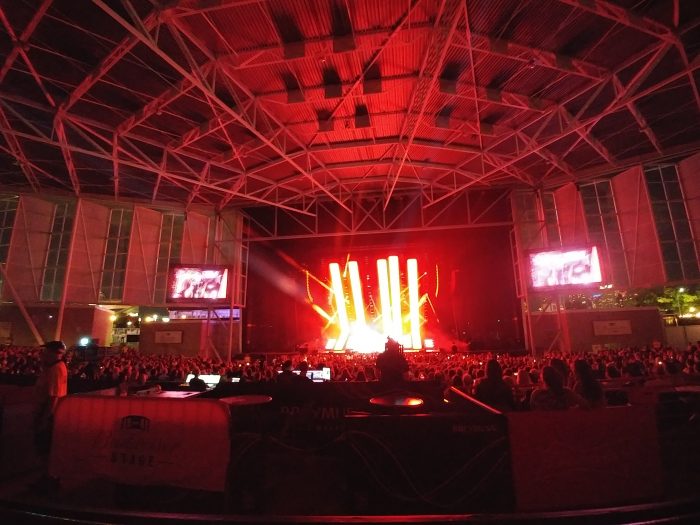 We quickly relocated to his seats (which even had a velvet rope entrance to it).  Just in time, too, as Pentatonix hit the stage. They put on a really good show, I can’t hate. They had the whole crowd (mainly tweens with their parents, and people in their early to mid twenties) eating out of the palms of their hands. Err, almost the whole crowd. At one point, Kevin in the group did an amazing beatboxing solo while playing the cello. B was confused, though, as to why he was being such a buzz kill. In his words, it reminded him of the feeling when you lose your dog, so you walk around sad with your head down.  Note: we’ve never had a dog.

Alas, time flew.  I had to bizounce before the show ended, to get a ride to our car (facepalm), so we could get home in decent time. Don’t fret, though, my pets. Afterwards,  K made sure to tell me that I only missed out on the best parts. You know, some hip-hop themed beatboxing medleys which apparently were amazing (double facepalm).

And there you have it. Our first family concert. In theory, it was a good idea, but, man, Budweiser Stage was not the right venue at all for us. Like, I doubt I’ll ever take my kids to a concert there again, unless they are much older.  Despite that, Pentatonix were great, we lucked out on the box seats, and the kids had a good time.  It wasn’t a bad night overall.

Now, if you’ll excuse me, I gotta go to Toronto now, and find somewhere to burn up the $18 on my parking app.