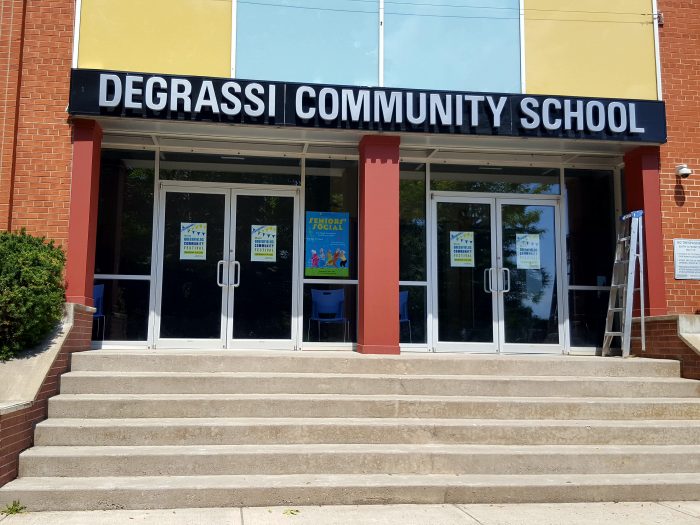 It’s 11:30AM on a picturesque morning in July, on the set of Bajillionaires, and I find myself staring at Drake.

Wait. Let’s back track a bit.

Now, it goes without saying that there is a lot of content available to watch, and lots of ways to consume it. However, quantity doesn’t always equal quality. Some of the content kind of sucks, for real.  J, for example, bless her six year old heart, will start down the YouTube rabbit hole of toy unboxing videos, yet somehow end up watching inappropriately profane Barbie and Ken videos. As a parent, you have no choice but to monitor your childrens’ screens more carefully. And, because I like to go the extra mile for y’all sometimes, I decided do some first-hand monitoring. I went behind the scenes to check out some content being made that I hope will be top notch quality for our children.

I’m sitting in the lobby of DHX Studios, a production company in Toronto, awaiting to meet Joanna, DHX’s communication manager. The popular Degrassi TV franchise is filmed here. Pictures of its well-known alumni are displayed prominently throughout the building, including those of a certain Aubrey Graham in his pre-Drake days, which immediately catch my eye. DHX is clearly very proud of the success of Degrassi,  and I’m sure that they are hoping to repeat that success with its newest series aimed for kids, Bajillionaires.

Bajillionaires is a single camera comedy series about Max Graham (newcomer Ricardo Ortiz) and the start-up, invention-based company that he runs in his parents’ garage with his friends. It’s an intriguing premise, to the point that it compelled two networks, Universal Kids and Family Channel, to pick up the show already, for 20 episodes, starting to air later this year.  It’s also being filmed at DHX Studios, hence my Drake-gazing that July day.

Eventually, Joanna arrives. She has a very friendly, approachable demeanor, and interacts easily with everyone we encounter that day.  As we walk outside towards the set of Bajillionaires, we pass the school set of Degrassi.  Even though the show was on hiatus, Drake’s presence still looms large, as he had filmed a video there recently, for his song I’m Upset. We then come up on a road lined with houses and stores, where we are joined by Adrienne. She has the same kind of demeanor as Joanna, and is there that day to help her out.

Having never been on a scripted TV show set before, I was surprised to learn that even though the street looked real, it wasn’t. The houses and stores are all part of the set. The attention to detail is what makes it work. This aspect goes unnoticed by the casual viewer, but can’t be stressed enough during the production process. 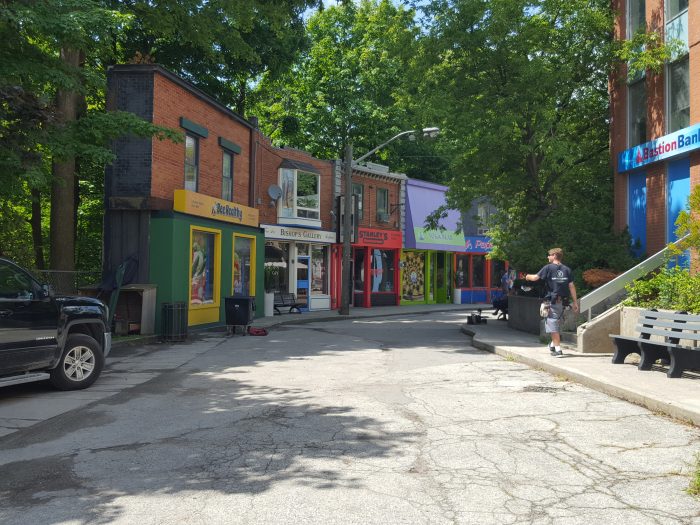 To wit, Joanna and Adrienne lead me down the street, and to a house with a garage, where filming is taking place. There’s a large number of people on site, mostly cast and crew (while not all were present, over 200 people are involved with the making of Bajillionaires), along with a plethora of film equipment in use. I duck into the ‘video village’, an almost space station-like area, with TV monitors, computers and soundboards set up in it. The director calls for action on a scene. It only involves a close shot of a laptop being opened up, but three takes are needed, to get it just right. 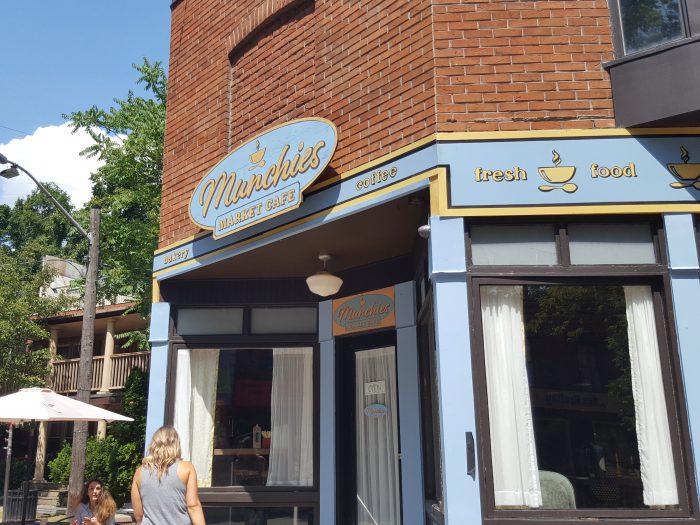 There’s a break in the filming. Joanna takes the time to introduce me to the main cast of kids who the show is based around.  Sitting around a table inside of Munchies (a coffee shop in the Bajillionaires universe), there’s a playfulness and sense of camaraderie amongst the young leads. As the conversation touches on topics like flossing and Fortnite,  I feel as if I’ve come across a group of friends who are just hanging out. This isn’t a mall or somone’s basement, though; it’s a TV show with some significant, expensive stakes put into it.

These kids are professional actors who can work a pretty demanding schedule.  The silliness that you’d probably expect among a group of youngsters isn’t apparent (well, mostly, anyway. Jadian Toros, who plays the Chief Financial Officer Zeke, is a quick-witted ball of energy. He lightens the mood with his jokes and funny comments. Not surprisingly, he’s also the youngest member of the cast).  Questions posed are met with honest, thoughtful answers, which is refreshing.  I guess the best thing that I can say is that they carry themselves like stars; Ricardo in particular has a leading-man vibe to him.

There’s a sincere earnestness about the Bajillionaires which is contagious. When Mya Singh, who plays Kaylyn, the head of marketing, tells me that kids will find the characters relatable, I believe it.  When her and Arista Arhin (who plays Alicia Windsor) explain the risk taking element of the show, and how it’s nice to see kid characters ‘going for it’, I dig that, too. There’s also an educational aspect, in terms of the designs and concepts of the inventions that get concocted. Joanna shows me one of them later, and it was pretty wild.  The components of a quality show are all apparent here. It really is just a matter of what the finished product ends up looking like,  I think.

Lingering in the background at all times are the cast members’ parents. This probably also partially explains the well-mannered politeness on display. Being underage on a set like this requires parental supervision in close proximity at all times.  Really, the role of a stage parent here is a huge commitment. Having to up and leave your life for weeks at a time, to watch long days of filming, can’t be easy.

One thing that does make the days more palatable, for the palate, is taking a break for lunch. On the way to the lunchroom, we pass the living room set for  the Graham family. Again, I’m drawn to the attention to details. The family pictures on the walls, and the decor used, to add to the authenticness.  After much hype by Joanna and Adrienne, the food did not disappoint. I join them in partaking in a delicious spread of pastas, chicken, and salads, along with desserts.

The cast all sit together at a table, with their parents dutifully situated at tables nearby. I notice that a couple of the child actors are decked out in  ridiculously over-sized novelty shirts. These are to protect their outfits underneath from possible food stains. Unrelated, but I wonder if A-listers like Brad Pitt rock these during meals, when they’re filming stuff.  The mood in the room is upbeat.   At one point, Mya and Arista jump up to lead us in a rousing rendition of Happy Birthday to Jadian.

After lunch, it’s back to work for everyone on set. Joanna takes me up to the wardrobe area. There’s a ton of clothes and props there, including ones from Degrassi. To the hardcore fans, no, I did not see Drake/Jimmy’s wheelchair.  Finally, it’s time for yours truly to bid adieu to the lights, cameras and action. As Joanna walks with me back towards the lobby, past the Degrassi set, past the photos of the famous alumni, I wonder if I’ve come across the next Degrassi-like success story. Bajillionaires sounds like it’s going to be a cool, high quality show. I know me and my fam are going to peep it now, when it’s on.