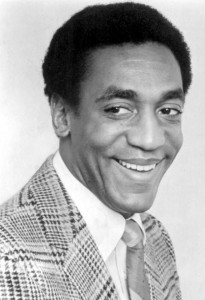 Remember that show, where Bill Cosby would talk to some lil’ children, and the kids would say the most random things? Sometimes, that stuff was hilarious, just straight jokes. I used to think that the kids must have been actors or something. However, I understand now that, nah, they weren’t actors. Just from talking to B, and then being around other kids (birthday parties, school,  sports etc.  You know,  those places that you probably wouldn’t be around very much if you didn’t have kids that  you had to take there), you realize that children are….random.  Sometimes (OK, a lot of the time), I have no clue WTF B is talking about.  I remember one time, when B was two, almost three years old.  K was at her baseball game, and B wasn’t feeling it when I was telling him that, so we got into an argument about it:

Me – ‘What? I never said that. She’s playing baseball.’

No B, I wasn’t mad. Thanks for the Cosby moment, though.