PART 2: That Time When I Tried To Go To Disney World For Free By Being On A TV Game Show

Welcome back to part two of my epic Just Like Mom And Dad tale!

At the end of part one, my Disney dreams had been crushed like Anna’s spirit when Elsa told her to go away while she sang “Do You Want To Build a Snowman”.  My plan of getting onto Just Like Mom And Dad, winning it, then spinning the prize wheel and landing on a trip to Disney was kiboshed, as we didn’t get picked to be on the show. At the end of the crushing call from the casting director, though, a Tinkerbell-sized glimmer of hope emerged.  B and  I were given the opportunity to be back-up contestants at a taping!

This was apparently standard procedure in the biz. They would film two episodes, so six teams of contestants. If, for whatever reason, one person got sick, or chickened out, or whatever, B and I would be on the show.

All we had to do was come “camera ready” and watch both tapings from the audience.   They’d also give us a small stipend, and feed us lunch, since we were part of the “crew.” B was disappointed, but relieved (because of his newfound flying over water fear) with not being picked. Being a back-up was fine with him, though, so we agreed to do it.

Not wanting to be caught off-guard if we got selected, B and I spent quite a bit of time grilling each other beforehand.  If the new show’s format was like the old one, then we had to know each other well. We were definitely sixth man worthy, in the chance that we had to be called in off of the bench. 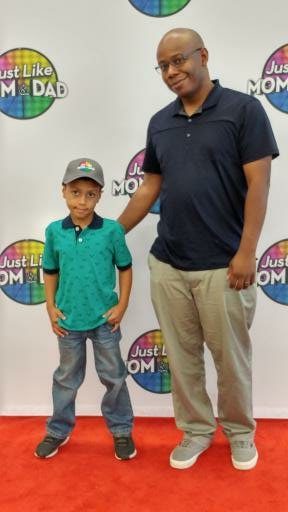 On the big day, we were told to arrive early, and hang out “backstage”, seperate from the contestants. Eventually, the audience members also arrived. Soon after, one of the crew let me know that the contestants were good to go for the first episode being taped. Oh well. Studio audience it was, for us.

When we entered into the studio, I was impressed. I pictured the set being 80s vintage-style, but it was actually very fancy, modern and bright.

My eyes drifted towards the prize wheel, where I immediately noticed a problem.  While full of amazing prizes……one of them wasn’t a trip to Disney! There was only a Sunwing vacation listed. Since it didn’t specify where to, I just assumed Disney most likely was a destination option. #keepthedreamalive

The taping itself was surprisingly long. There were lots of gaps and re-takes, to get things looking and sounding right. The contestants were great, though. They were mostly charismatic, with outgoing personalities. I understood why my sarcastic, mumble-rapping without the rapping self didn’t get picked.

B was digging it, and told me later that he really wanted to be on the show now. I did, too, after seeing it. It looked fun. We had one more chance, for us to have a moment in the spotlight.

When the first taping was over, B and I grabbed lunch with the crew, then played the waiting game again. After the audience arrived for the next taping, I crossed my fingers that one of the contestants might bail.

No dice. Everyone was good to go.

Back to the audience for us.

Half-way through, the proceedings came to a grinding stop. One of the little girl contestants was quickly taken away! Was she sick? Did she bail? We didn’t know. All I knew was that it might happen. We might have to go on the show!

Alas, it wasn’t meant to be. The girl just had to go to the washroom. B and I watched from the audience when she returned, somewhat dejectedly.

When the Just Like Mom and Dad taping was over, we had to hang backstage before we could bounce, to receive our stipend. The casting director eventually brought it to us, and walked us out. She thanked us for our time. Word to Boyz II Men, because that was the end of the road for us. A free trip to Disney was not in our future. 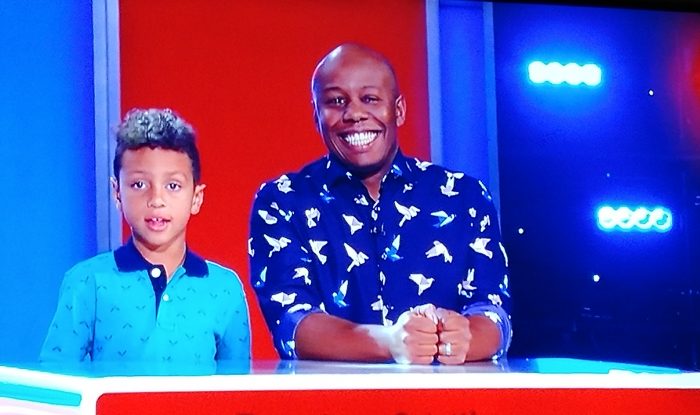 Be sure to check out the grand finale, part three!

1 thought on “PART 2: That Time When I Tried To Go To Disney World For Free By Being On A TV Game Show”