How Not To Chaperone A Field Trip 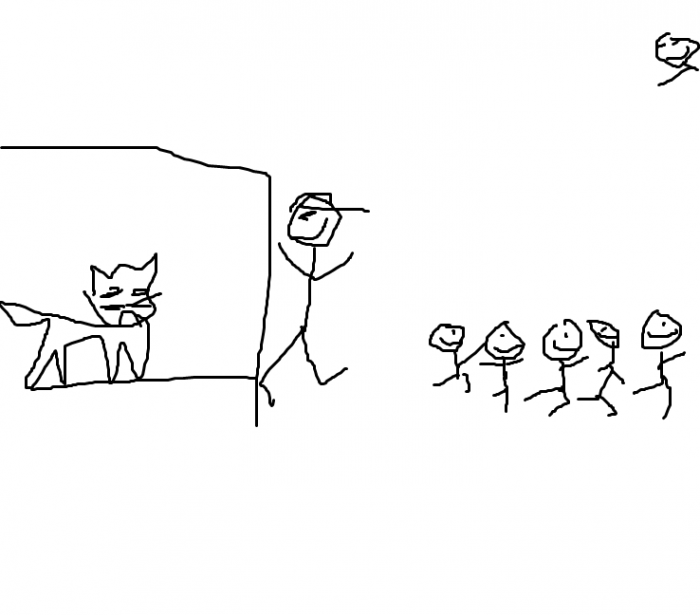 One thing I’ve learned about being a parent is that sometimes, you have to put yourself out there, and do stuff way outside your comfort zone. That’s how I found myself as a volunteer field trip chaperone for my daughter’s kindergarten class trip to the zoo recently. See, when it comes to being in charge of a group of children, I tend to suck. As such, I tend to avoid putting myself in those situations. Trust me, people, it’s for the best.

However, when a notice came home requesting chaperones for the zoo trip, J wanted me to go. Like, really wanted me to go. I of course, said no, but J was persistent and insistent, so I finally relented. One mandatory police check, and one random drawing of names later (three volunteers were needed, but eight parents wanted to go), and I was in. Time to face my fears.

I quickly Googled tips for chaperoning, and it seemed like an easy enough gig. Kids would be so excited to see a new face, and I’d be treated like a rock star? Sweet! I pictured them looking up to me in awe at the zoo, and following me around like the Pied Piper, as I regaled them with my knowledge about the various creatures.

On the day of the trip, the first thing that I had to do was sign in at the office. While there, one of the teachers came up to me and said that he never saw many dads volunteering, so it was nice to see me there. While initially flattered, panic then set in. Where were the dads at, all this time? Did they know something that I didn’t?

When I entered J’s class, J was really pumped to see me, but the other children? Yeah, not so much. A lot were indifferent. Some looked confused.  A few seemed excited, but it was more like how a pack of lions gets excited when some fat, tasty prey shows up at their den.

One little girl came up to me, and asked what my name is. When I told her, she immediately called me something else. She proceeded to spend the rest of the day calling me by everything but my name, and laughing about it.  Mr. Hat, Mr. Brown Eyes, Mr. Poop and so on.  I’ll give her credit for coming creative with it, despite me feeling like Darryl Strawberry on The Simpsons, when Bart and Lisa heckled him.

The zoo was an hour away, which meant that we had to take a school bus there. My group sat in my general vicinity, including J, who plopped down beside me. I went to the Juno Awards (Canadian Grammys) a few years ago, and these girls near me kept losing their minds whenever Shawn Mendes appeared. All loud squeals and screams. Some tears, too.  Multiply that by a busload, and that pretty much describes how the ride went. No one was bad…..it was just noisy.

Once we dispersed from the bus (and my group scurried off in different directions), my friend who also was volunteering, but happens to be a teacher, took pity on my over-matched butt.  She suggested that our groups stick together, which I happily agreed to.  Once we entered the zoo,  it was time to use the washrooms, have a quick bite, and put on some sunscreen.

As I helped the kids with their snacks and lotion, I guess the little wandering dude was new to the concept of sunscreen. I turned around and he was happily sitting there, eating his sandwich, covered in globs of the  white stuff. His hands and arms were gloopy.  It was smeared all over his face. He looked like a five year old Pennywise the Clown. Anyway, after a quick wipe down, it was time to catch the trolley to finally see some animals!

At our first stop, the kids all ran off. So much for listening to me regale them with my knowledge. There was no time to regale anyway, as I could only worry about keeping track of my six. While five of my six were into the animals, one little homey was only concerned with the trees. He spent the whole trip picking up sticks, progressively grabbing bigger and bigger ones. It started out as twigs, and eventually he was swinging branches around.  I didn’t want him swinging these things in the crowd, because getting licked with a stick hurts. At one point, I asked him to put it down, and he said no. I asked again, and he refused. I then realized that I had no clue how to properly handle this situation. He then happily walked off, stick in hand.

Later on, after he grabbed one dangerous-looking branch, I tried to take it from him. He accidentally got dinged in the process, and said that he was bleeding. Now, for real, it was the tiniest nick, with only a slight trickle of blood. He was 100% fine, trust me.  At the time, though, my last name might as well have been Myers and it may as well have been Halloween.  I felt like I hacked the poor boy’s hand off, causing blood to spew profusely like a fountain.

Moving on. The zoo had these dispensers around the park, where you put your money in, twisted the handle, and food pellets came out, for feeding the animals. My group had zero combined dollars. However, at one point, I found almost all of them (not the little wandering dude, obviously) around a dispenser, trying to get food out. Stick boy had a twig jammed up it, and was maneuvering it similar to how a thief breaks into a car.  “Hey mommy, guess what we learned at the zoo today? How to commit petty crime!”

The rest of the afternoon was a blur of lunch, counting to six, rattling off names, rounding up my group when they split up, and riding the trolley around the zoo, doing a quickie tour. One girl complained about being bored, but I think everyone else had fun. I definitely wasn’t a rock star, in anyone’s eyes in the end, including my daughter’s  Before the bus ride home, J nonchalantly asked me who I was sitting beside, because she was sitting with her friends now. #savage

And that’s how my first time chaperoning a school trip went.

Let’s finish with some takeaways. First, shout out to anyone (teachers, coaches, daycare providers, whoever) that successfully deals with large groups of children on the regular. It’s never easy, and I don’t know how you do it! Next, if I ever chaperone again, I’ll probably do better.  For example, one of the other volunteers there called their group the Wolf Pack, which made rounding them up easier. Thus, I know now to have a fancy group name. If I just had to yell “Yo! Mr. Poop’s Group! Where you at?”, that would have saved me a lot of counting to six.

Finally, all jokes aside, I am glad that I had a chance to chaperone. Sure, it was stressful, but it was enjoyable, and almost everyone made it home injury-free.  It was a nice to get outside of my comfort zone for a few hours. Plus, it gave me the chance to do things like explain to a kid why he couldn’t pee by a tree near the lunch area.  All in all, it was a pretty good day.

5 thoughts on “How Not To Chaperone A Field Trip”