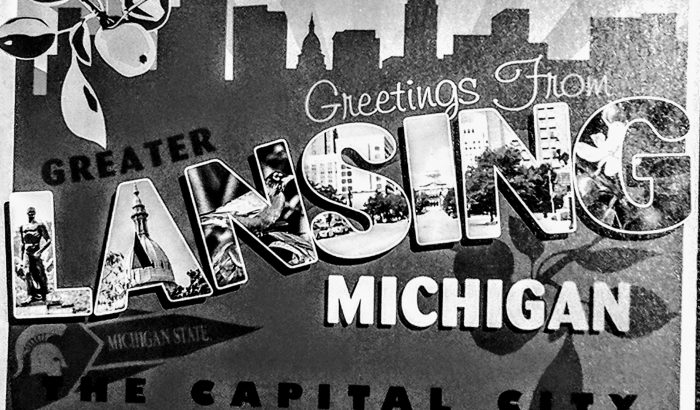 (Note:  The city of Lansing, Michigan hooked me up with accommodations and tickets to a Lansing Lugnuts baseball game, in exchange for me writing about my experience in the city. The opinions given are my own, unbiased thoughts. Enjoy!)

Now, I’ve mentioned before on here that my family are pretty big Toronto Blue Jays fans. The last couple of seasons, we’ve even done road trips, to watch them play in Cleveland and Philadelphia. This year, since the Jays aren’t having such a great season, I decided to do something a bit different. We packed our bags and made the trek to Lansing, Michigan, to check out some Lansing Lugnuts baseball! 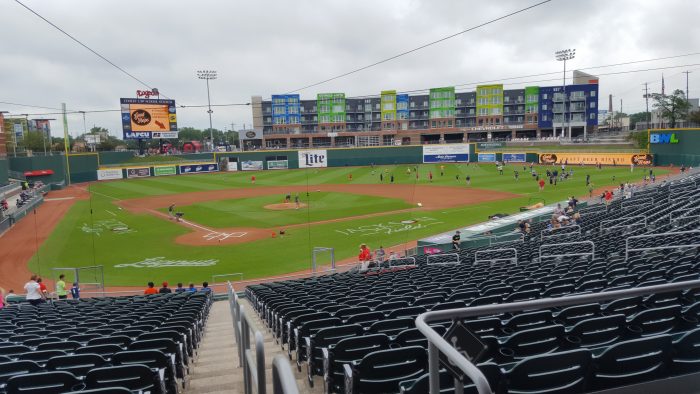 See, the Lugnuts are a Class-A minor league baseball team who are affiliated with the Jays. Notable alumni include Carlos Beltran, Noah Syndergaard, Marcus Stroman, Aaron Sanchez,  and Superman himself Kevin Pillar. Most recently, two of the top prospects in Major League Baseball, Vladmir Guerrero Jr. and Bo Bichette, played there. Really, it’s a great opportunity to see some potential future stars on the come up. Throw in the fact that Lansing is only like a four or five hour drive from the Greater Toronto area, which is perfect for a weekend road trip, and attending a game should be a no-brainer, for any Blue Jays fan.

I’m used to watching ball games at the cavernous Rogers Centre, but the Lugnuts’ ballpark, Cooley Law School Stadium, is on a whole different level. Quirky is probably a good word for it. 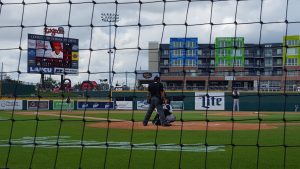 One of the seating options is the lawn aka the grass behind the outfield, for example. The home run fence also varied a lot in height, across the field. It reminded me of Tetris, where it’s like a few more pieces are needed, to make the walls complete. The quirkiest part, though, were the apartments in the outfield. For real, you can actually live in a baseball stadium!

We went on a Sunday, which was “Kids Day”. In terms of maximizing the fans’ experience, the Lugnuts do a top notch job. 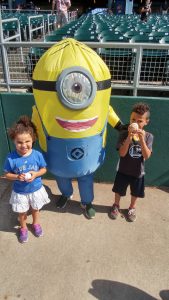 When we arrived, a table was set up near the entrance, which had a bunch of animals on it, like snakes and rabbits, that you could pet. Near that table was a face painting station, for the kids. Players were on the concourse signing autographs, as well. It happened to be Minions Day at our game, so Minions were wandering about, doing Minions things, and taking pictures with the fans.

While we didn’t make it in time to partake, if you arrive early enough, you’re allowed to go down on the field, and play catch. Kids were also able to run the bases, after the game.  Behind left field was an awesome play area, too, which featured a couple of inflatable bouncy castles. Between every inning, something entertaining was always going on (word of advice -be sure to make friends with some of the staff there. The Lugnuts baseball team run a ton of in-game contests, so who knows, if you play your cards right, there is a chance to participate in one!. 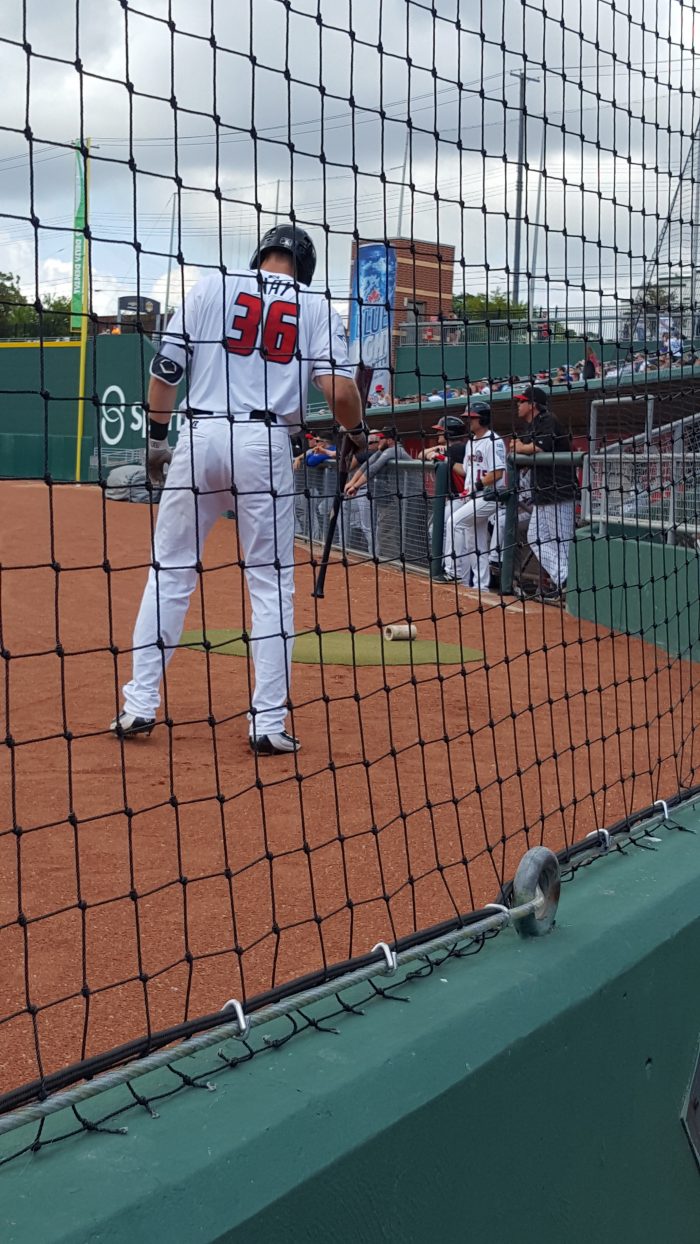 In terms of pricing, the costs of the tickets ranged from $9 for the outfield lawn seats, to $15 for executive box seats. The food choices vary. Hot dogs, chicken tenders and fries for us, with more funky options throughout the concours. The the pricing is about average. 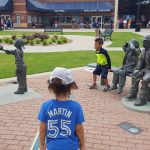 All things considered, my whole family thoroughly enjoyed the game. The fact that the Lugnuts won was a bonus (a Blue Jays team that actually wins? Crazy talk!). It’s good value for your money, especially when considering the other stuff there, which engages fans and non-fans, of all ages.  It’s the type of place that you could take your family and happen to watch a baseball game, while you’re there, if that makes sense.