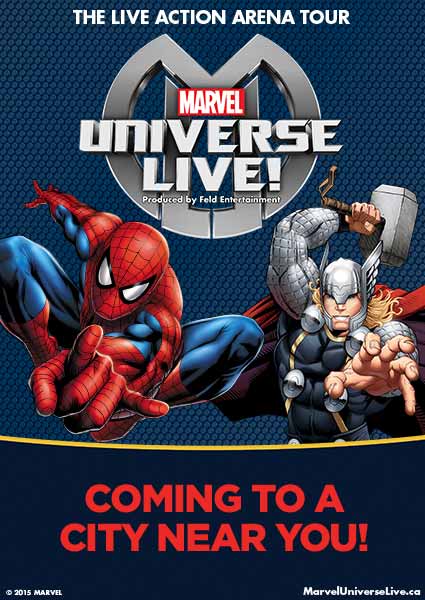 A few months ago, I was out and about, when I saw a poster saying that Marvel Universe LIVE! was coming to Hamilton.  Not even knowing that this tour existed, my initial reaction was ‘That can’t be real!’ 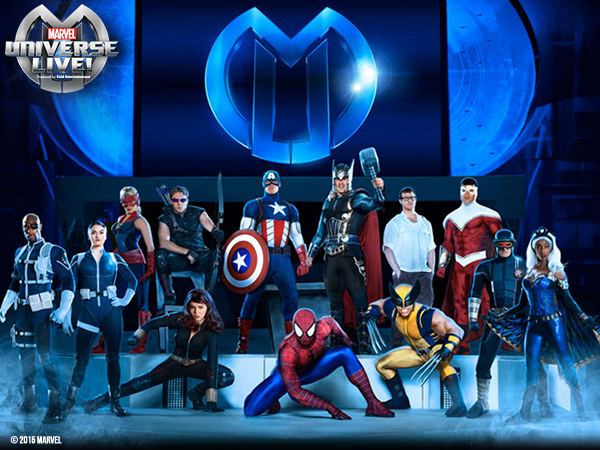 Marvel Universe LIVE! will captivate audiences with an authentic and original story that brings more than 25 Marvel characters together on one epic quest.  The story is framed around the battle over the Cosmic Cube, the source of ultimate power and one of the most feared and coveted treasures in the Marvel Universe, that has been shattered into pieces by the Mighty Thor in order to prevent it from falling into the wrong hands. With the pieces scattered across the globe, Thor’s villainous brother Loki devises a scheme to clone its powers, inciting a threat that could not only decimate Earth but also obliterate the Universe.

To defeat Loki, Marvel’s biggest Super Heroes must band together, including The Avengers – Iron Man, Captain America, Hulk and Thor along with Spider-Man and Wolverine, must trek across the globe to retrieve the Cosmic Cube fragments and unite them. As the Super Heroes track the Cube, they will encounter some of their biggest adversaries including Green Goblin, Doctor Octopus, Red Skull, Madame Hydra, Aldrich Killian, Electro and more, in the quest for the very same fragments. These foes have no problem teaming up if it gets them closer to their ultimate goal of world domination.

Superheroes, stunts, martial arts, pyro and movie-like special effects, in one live show? Count me in, yo! 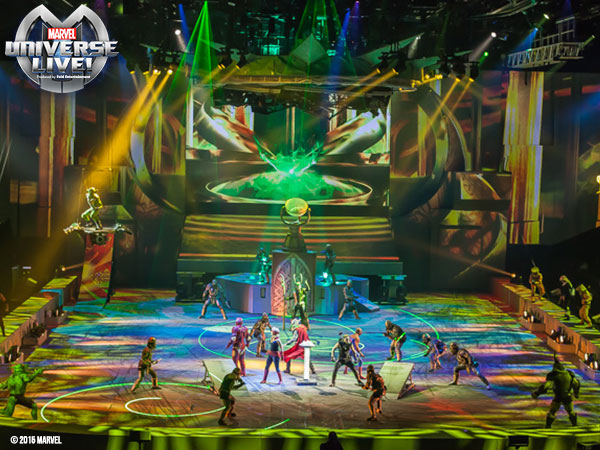 Marvel Universe LIVE! will be at the FirstOntario Centre in Hamilton  through August 6-9 2015. If you’re looking at buying tickets, I may be able to help you out with that. Use promo code MULOC, and you’ll receive a 20% discount (Valid on select performances.  Service charges and handling fees may apply. No double discounts.   Excludes FR, VIP and all premium seating   Maximum 8 tickets per code). You can purchase tickets here. 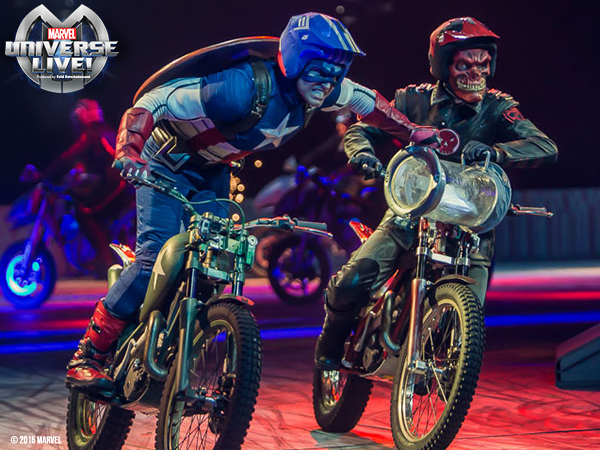 Now, Feldman Entertainment generously hooked me up with four tickets to the show. My family is pretty pumped about it, but my son in particular can’t wait. This is right in his wheelhouse!

Wanna go, too? Enter below, for your chance to win a family pass of four tickets to the August 6 show in Hamilton!