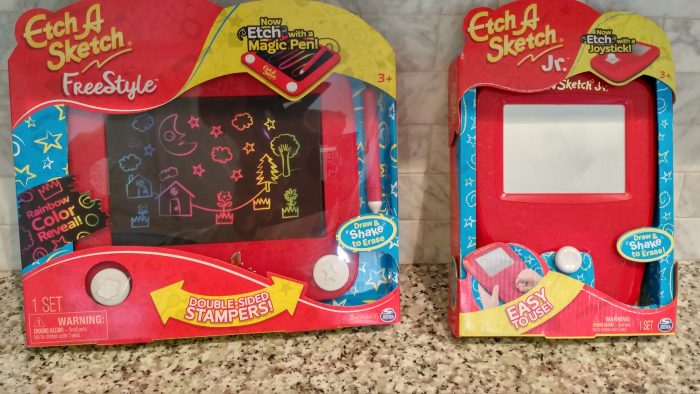 I don’t know about you, but with the holiday season now upon us, I’m realizing that I need to step up my toy game. There’s just so many options out there.  Shoot, even some stuff that I used to play with when I was a young boy is still around, but modernized! Take the Etch A Sketch, for example, and its many variations, like the Etch A Sketch Freestyle.

Ahh, the good old, venerable Etch A Sketch. Many an hour was spent back in the day by me, painstakingly twisting the knobs to move the black lines and create da Vinci-esque masterpieces……only for my little sister to come along later, give the toy a shake and erase my work.

Anyway, scarred childhood memories aside, the Etch a Sketch is definitely iconic, and a surefire Toy Hall OF Famer. So you can imagine my reaction when I find out that they have the Puff Daddy remix treatment! Or, more specifically, Spin Master acquired the brand last year and introduced a couple of cool new innovations on it. 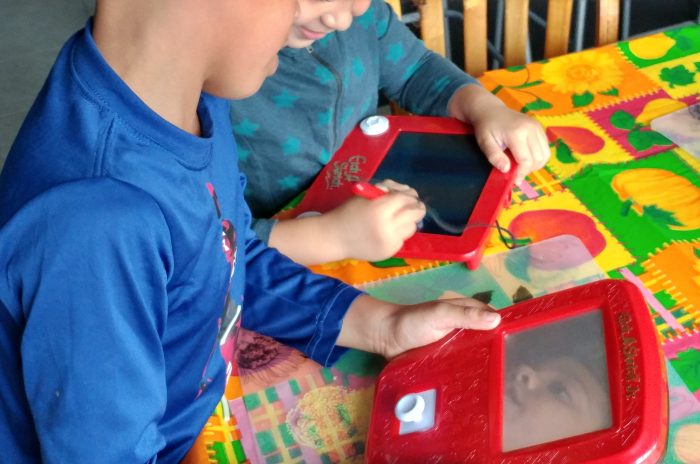 First up is the Etch a Sketch Joystick. Basically, the two dials have been replaced with a joystick that swivels 360 degrees, which is perfect for younger kids. It’s way easier to make circles and loops and whatnot. You still just shake it to erase it, no mess.  Not gonna lie, though, the whole joystick thing was a bit of a shock for an old school cat like yours truly. I may have busted out a “when I was your age, our Etch A Sketches just had knobs” story, to B and J. I may have also then went outside, grabbed my hose, and told the neighbourhood whippersnappers to get off of my lawn.

Next up is the Etch A Sketch Freestyle. This bad boy is even more modernized. On this drawing pad, you can use a stylus to doodle. It also has a black magic screen this time, and the lines you draw are multiple colors. As well, it comes with double sided stamps, so you can add in hearts, clouds, stars and circles. J’s the little artist in the house, so she really enjoys playing around on this one. 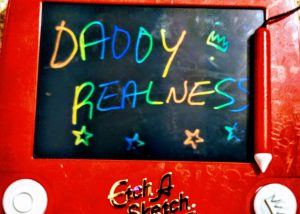 Like its fellow Etch A Sketches, you still just shake it, to erase it (B and J admittedly had trouble with this, initially. It’s a bit trickier than the traditional ones, but they did get the hang of it eventually). I did find the design of it to be cool. It’s very light, and slick-looking.

Finally (and this was new to me, anyway) is the Travel Etch A Sketch. It’s a smaller version of the classic edition, same magic screen and all. However, I just toss it in the back of my car, and it’s something for the kids to entertain themseleves with, when I’m driving them around. So basically, while they doodle, it gives me a few minutes off before they remember to ask “are we there yet?”. But hey, when you’re parent, you take what you can get, right? 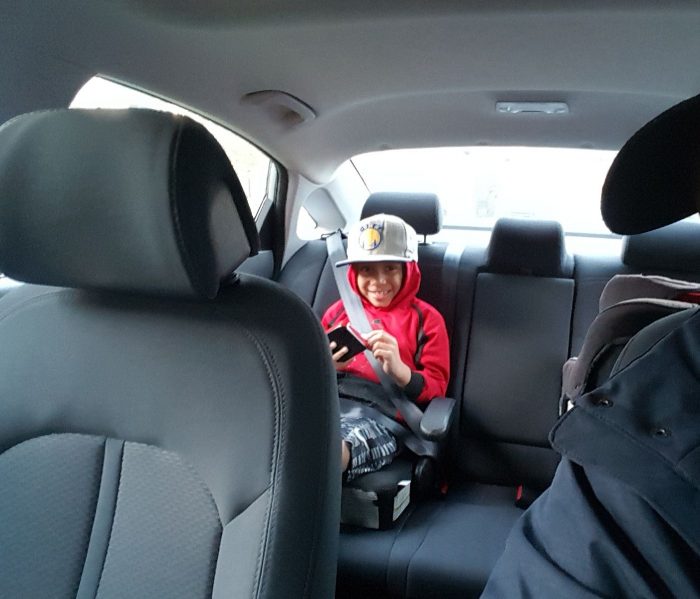 As far as gifts for kids goes, you really can’t go wrong with any of these Etch A Sketches. Hopefully, you’re feelin’ sketchy this holiday season!

Disclaimer: While I received compensation for this post, the opinions expressed were, as always, 100% mine.

2 thoughts on “Review – Etch A Sketch Freestyle And More”