You and I, we’ve spent a lot of time together over the years. Things feel different now, though, and I’ve felt this way for a while. Shoot, you look as nice as ever. That’s not the problem. It’s just…..

I got three small kids now, and I don’t have the time for you anymore. There’s also somebody else, too. Somebody who’s easier, sorry. Therefore, we need to take a break for a while.  Let me explain.

First off, relationships are based on honesty, and you’ve lied to me recently.  I went to Sears, where they heavily advertised everything being 20-50% off. Yet, as I walked around you, I saw a lot of 20% off signs, but no 50% ones. I had a better chance of finding Waldo there, than a half off discount. 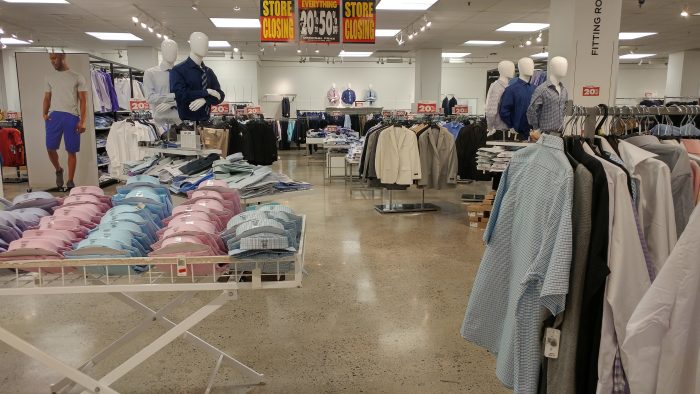 Then, I went way out of my way to see you the other night. A Superstore, to be exact. I wanted to buy a basketball game that was in your flyer, but, alas, you were sold out. I guess that’s what I get for popping in, and not calling beforehand.  On the way home, I went to Walmart. I had to buy some toilet paper. I grabbed a pack that was on sale for $13.97…..but you did me wrong. You rang in at $19.98. I argued with the cashier a bit, who thought I was mistaken. I went back to the aisle where I got it, and I was right. The marked price was $13.97! I just wanted to buy some TP. Having to argue over your price was pretty crappy, no pun intended.

That same night, I found out that K had spent hours trying to set up a printer that she got from a Staples a couple of months ago. I attempted to hook it up, too, but no luck. The next day, I called HP,  who made the printer. They told me that the issue wasn’t hardware related, but software related. They would happily fix my problem……for a one time set up fee of $49.99 and $14.99/month for a year after.

When I pointed out that the set up fee cost more than the printer, and for all I knew, it was defective, so why should I have to pay $49.99 plus a monthly fee just for HP to tell me it was defective, I was met with indifference. When I asked if HP’s competitors had similar policies, I was basically told (not exact words) that Windows didn’t, but Windows stuff was more expensive, so you get what you get with HP, take it or leave it.  We decided to take it. Take it back to you, the next day!

Admittedly, the staff at Staples the following day was friendly and helpful, especially since we had lost the receipt. However, still feeling annoyed about my convo with HP the day before, I asked what was available in non-HP printers. Unfortunately, the selection was lacking. I settled with swapping out for the same HP model. It was disappointing, to say the least.

I was disappointed some more too, by you that day. I was in the market for a simple Nerf gun, and a booster seat. You’re called Toys R Us, but apparently Nerf guns and booster seats R Not Us, as you were out of what I wanted.   Next, I tried Canadian Tire, where you also didn’t have what I was looking for.  I headed to Walmart. Once again, I came up empty-handed. I did decide to buy some Christmas lights, to make my outing not so useless.  When I went to pay for my items,  however, you didn’t want my money.

Walmart’s debit/credit machines stopped working. Having no cash, I couldn’t buy my items, so I went home.

Home to someone else.

That someone else…..is Online. I bought my booster seat and Nerf gun Online, no problem there.  If Online doesn’t have something, I can quickly find it somewhere else. Online has a wide selection of stuff, so I don’t have to settle. Christmas shopping Online always takes my money, no problem. It’s nice to not have spend hours driving around in vain looking for something, and spend that time with the family, instead. Online is so easy.  Christmas shopping Online isn’t perfect, obviously, but right now? They’re kind of better than you sometimes.

I’m not a complicated man, but I have needs. Needs that you aren’t always able to meet. So for now, I’m going to pursue things more with Online. We can still chill, though, Retail Stores. There will always be a place for you in my life.  You can’t be my main squeeze. You can only be my side piece. But that’s OK, too, right? Consider us friends with benefits. If Christmas shopping Online can’t satisfy me, you and I can hook up!

This isn’t a goodbye. It’s just a so long for now. Good luck over the holidays!