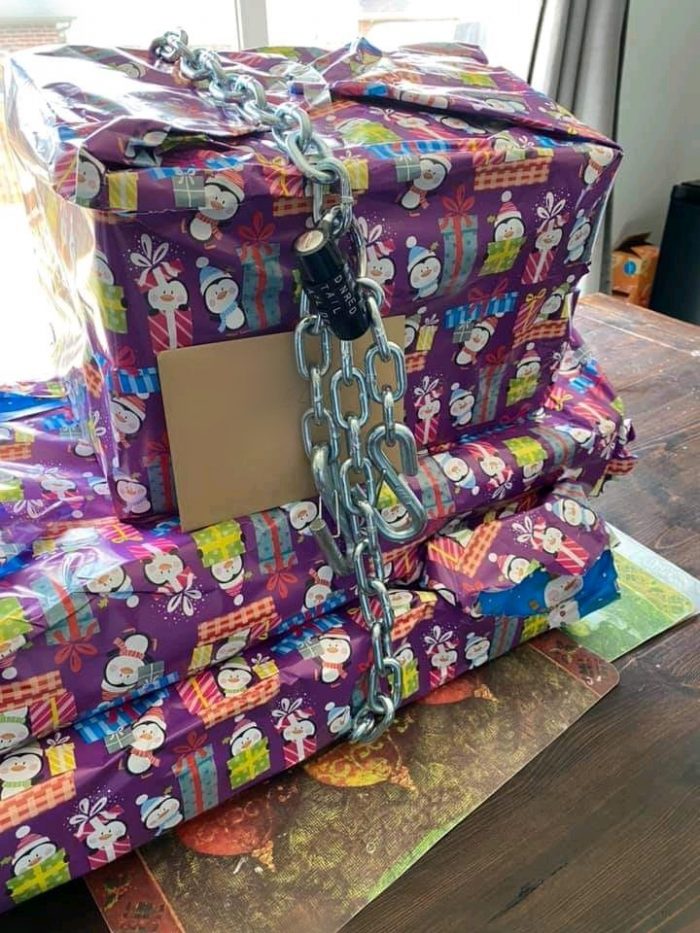 It was my daughter J’s 9th birthday recently, and, just like last year, we had to kibosh any party plans because of the pandemic. Gatherings still aren’t really allowed, and most fun places to go are closed.  She likes puzzles, and mentioned wanting do an escape room before.   Replicating the experience of one at our house seemed easy enough. Turns out, it kind of isn’t. It requires a lot of planning, both in the design, and budget. However, in the end, it turns out to be a hit. Thus, I figured that I’d share the love. Here’s how you can make your own awesome DIY escape room for kids! 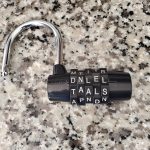 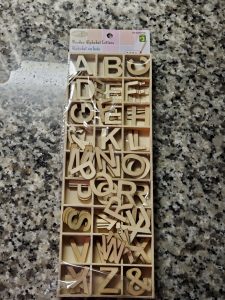 You might have some of this stuff at your house. The rest are at your local dollar store, except for the lock, most likely. I chose the five letter one because it allowed for five different challenges, and that is all that I could come up with (I’m not that creative, people).

The key to a good DIY escape room is the theme. What are you trying to accomplish, and what’s the end result, basically.  In this case, the theme is “I wrapped your birthday presents in a big ol’ chain, sucka, and the only way to get them is to figure out the lock combination!”. You can go with some other less harsh version of this concept, of course.

I then came up with a five letter word on the lock, which was easy enough.  I couldn’t figure out how to reset the word (seriously, it didn’t come with instructions),  so it had to be the default one, SPELL.  From there, it was time to create the other keys to a good  DIY escape room – the clues.

I tried to tailor J’s game so that it would make sense, take some time to do, and  not be super difficult.  For example, the last at-home escape room that we did (purchased online) had a clue that involved using the box that the game came in, which we had thrown out beforehand, because it was a one time use thing. This was inherently stupid and illogical. In my case, I hid all five letters of the word SPELL around the house, and she would have to solve some puzzles to find them.

TIME TO PLAY THE GAME

To start, I recorded a video of myself explaining what to do, as the first clue in the hunt. 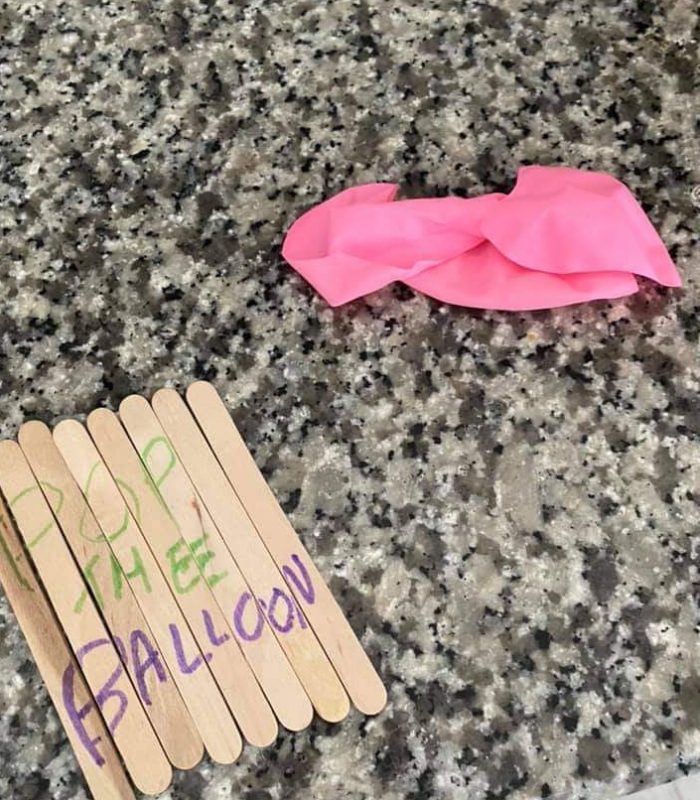 For this clue, I took the letter S,  put it in the balloon, and blew it up. I then wrote “pop the balloon” on the popsicle sticks in marker, and jumbled them up, for deciphering.  Feel free to add more balloons for red herrings, as popping balloons is super duper fun, my dudes! 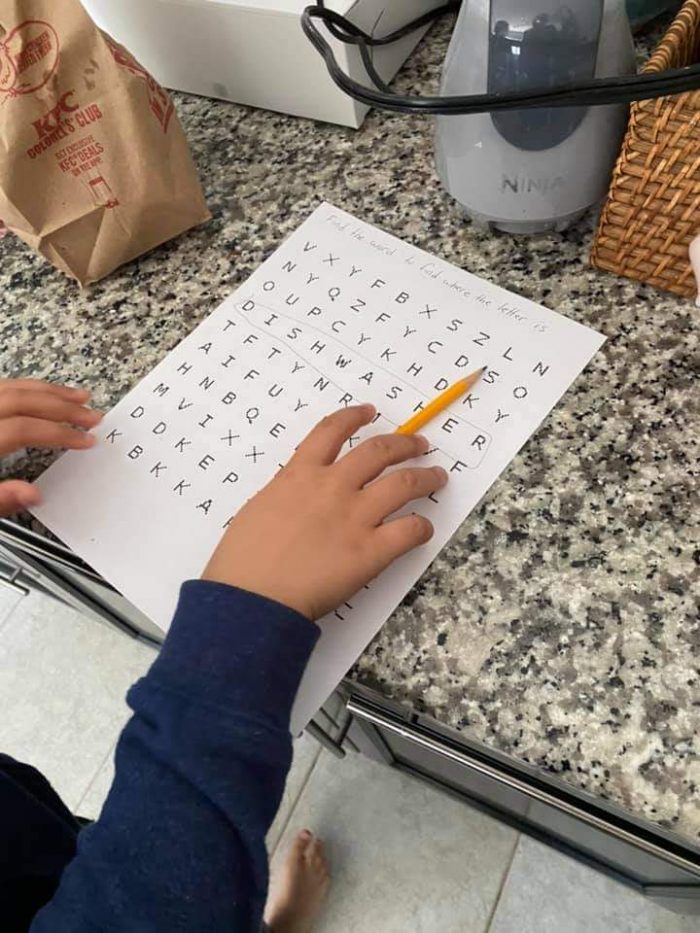 I hid a letter L in the dishwasher, and printed a customizable word search from here, with only the word ‘dishwasher’ in it.  You can easily make a word search by hand, too. I then hung it in plain sight on a door to the garage. 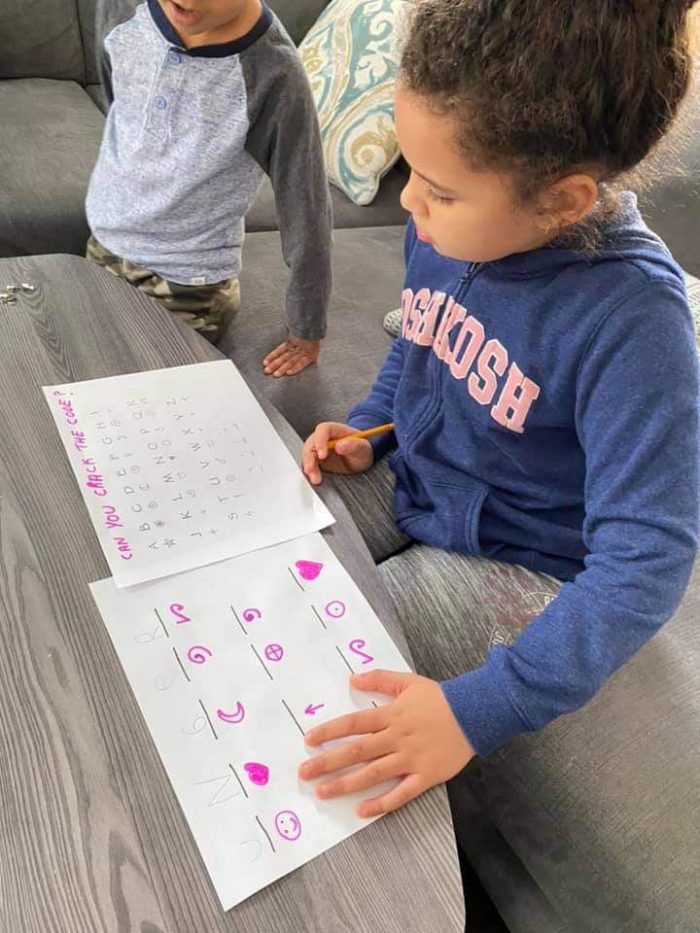 J’s a little codebreaker.  I printed off this symbols to letters page (again, you could easily make your own version by hand), and  wrote ‘under the iron’ in the symbol language,  for her decode. The letter L is then hidden under an iron in our living room. 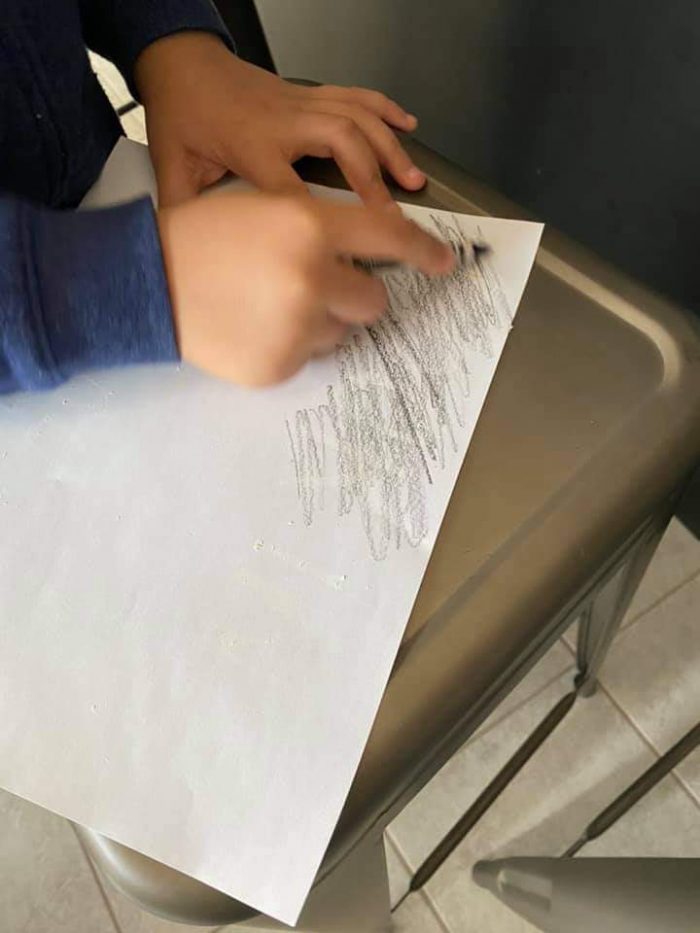 I put a P in a bowl of apples. Busting out my elementary school art skills, I wrote ‘look in the deacon’s bench’ in white crayon on a white piece of paper. Next, I then shaded ‘look’ in black, so she would know that she had to shade the rest to read the page (otherwise, it would just look like a plain page).  This paper is then put in a randomly obvious box,  for easy discovery. 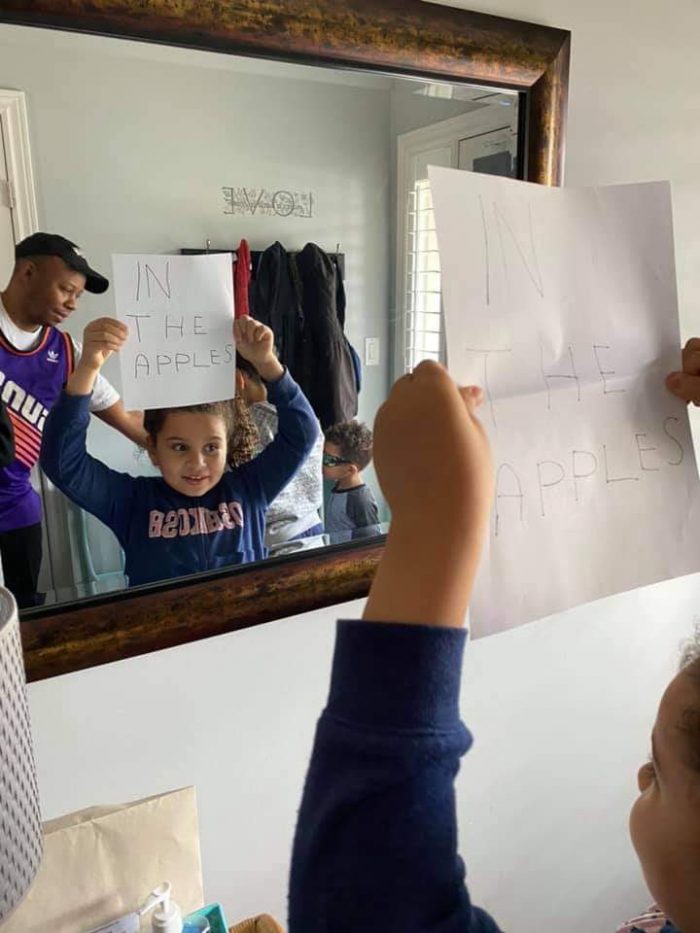 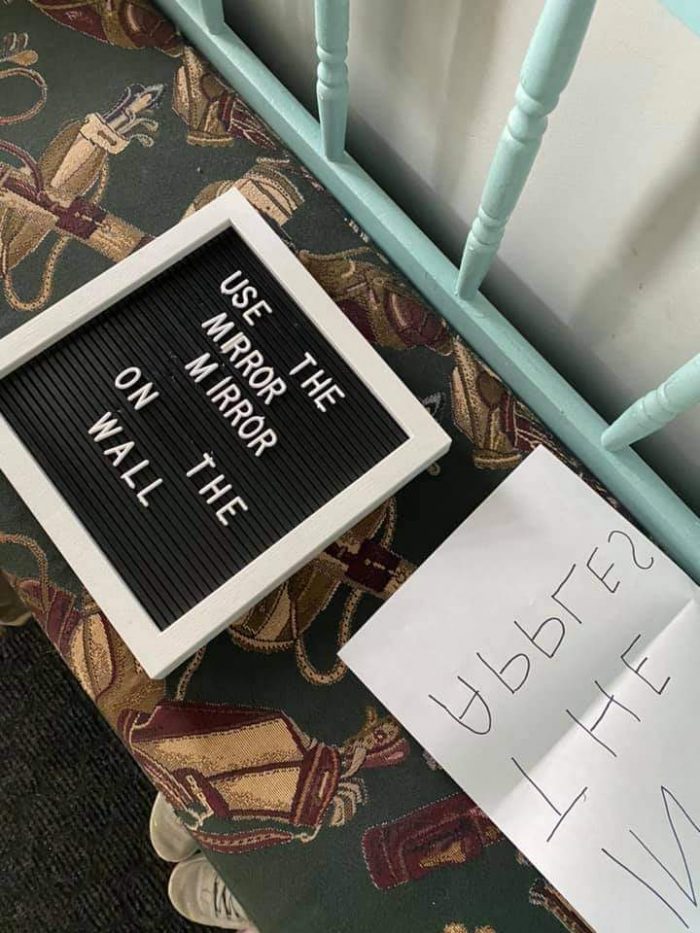 Next, I wrote ‘in the apples’ in backwards writing, and put it in the deacon’s bench in our hall. This is conveniently located next to a mirror, so when you held up the paper to it, it would read properly. We have a small letterboard, so I used that as a hint (this wasn’t necessary, though.  J solved this without even noticing it).

I used up all my good ideas by this point, so I took the last letter, stuffed it in a word search book, and hid it in the bathroom. The sense of dread in J, because she thought that she had to solve more word searches, followed by her sense of relief, because of how lazily the letter was hidden when she opened the book, was pretty comical. 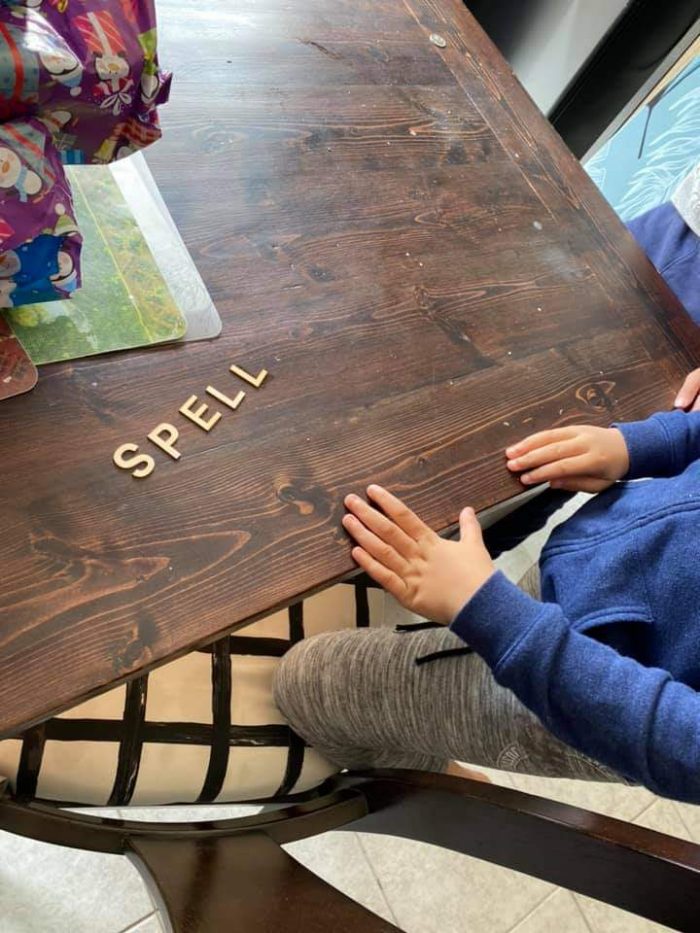 The final step was to figure out the word, and enter it as the combination, which was simple enough. Boom, welcome to Present City, and the end of a pretty cool way to kill some time on a birthday! 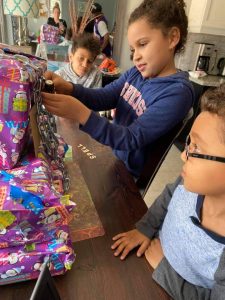 Total time to completion, with me helping J, was about 15 minutes.  Without help, it could have gone longer. The best thing about this DIY escape room for kids is that you can modify it for any occasion. You know, like for  a birthday, or for a non-occasion, like a boring Wednesday night.

Happy escaping, suckas! Until the next one, peace!

5 thoughts on “Cheap And Easy DIY Escape Room For Kids”