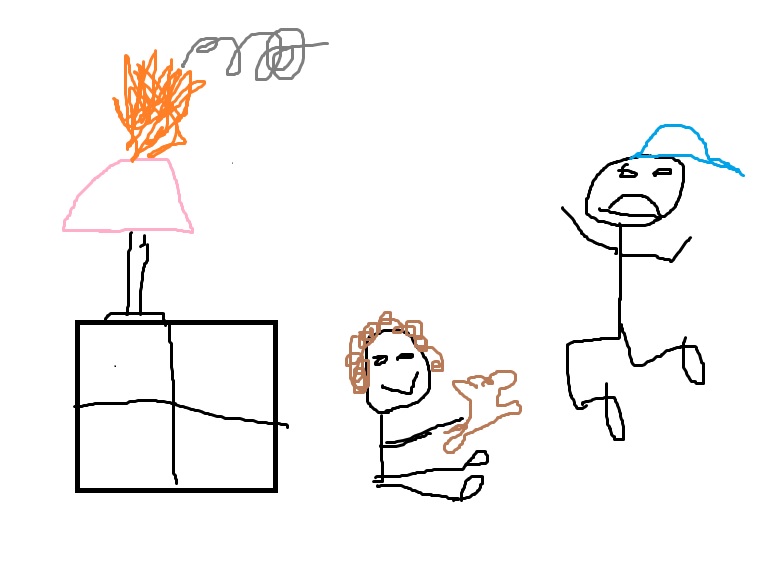 One of the cool parts about being a parent is the never-ending string of learning experiences. Not just by your kids, though, but by you, too. It’s always something, man. Bedtime for kids is a common source of chaos, in our house.

Take the other night, for example, when my house was almost set ablaze by a pair of underwear.

It all started off so uneventfully.  It was just me with B and J for the evening, as K was out. After doing our usual bedtime routine (I tell them that it’s time for bed, and they proceed to defiantly cause a ruckus. What? I didn’t say that it was a good routine),  the kids went off to their rooms, to get their pyjamas on.  I said that I would come back soon, to check on them. Now, on most nights, I usually head downstairs and do whatever. On this night, though, I decided to stay upstairs in our bedroom, to put some laundry away.

My initial reaction was that someone was making cookies. Nice!

My next reaction was, wait a minute. No one else was home….who was making cookies!!!!???

I headed down to the kitchen, to investigate. The stove was off. No cookies. No scents, as well, which didn’t make sense. Confused, I realized that the smell was emanating from upstairs. I went back up, and narrowed its origin down to either B or J’s room.

The kids don’t have Easy-Bake Ovens, so I knew they weren’t creating any late night goodies. After taking a nice big whiff, I figured out that the odour was definitely coming from J’s room. I walked in, and found her sitting on the floor, doing a puzzle with her stuffed animals. I asked why her room smelled so delicious. She had no idea. I looked around and I couldn’t figure it out. I searched under her bed, in her closet, and in her ceiling light.

It then dawned on me that the lamp on her bedside table seemed darker than normal.

I discovered the culprit:

This is a pair of J’s underwear which were cooking on the light bulb in her lamp. See, when J was changing into her pyjamas, she took off her underwear and flung them towards her laundry hamper. However, they somehow ended up landing in her lamp (Breanna Stewart, your job is safe for now). Then, instead of moving them, she left them there to bake, because, well #kidslogic.

The messed up part is that these were the charred remains after just a few minutes on the light bulb. Can you imagine what would have happened if I hadn’t stayed up in our room? What if a fire had broken out? Scary stuff, dude. It’s amazing how the most random things can potentially cause serious consequences.

A valuable lesson about fire safety was learned.  The importance of understanding flammable hazards in the house can not be understated, for real.

And yes, in case you were wondering, cookies were had by me afterwards.

Be safe, y’all! Hope your bedtime for kids are better than mine!