A Beginner’s Guide To Shopkins

Recently, I found myself waiting in a long line with my daughter, to meet a giant talking strawberry.

What would compel someone to do this, you ask?

Now, for the informed readers, you are probably nodding your head, in approval. For the uninformed, however, I feel your confusion.  Truth be told, up until a few months ago, I was one of the ignorant. I had no idea these things existed…….. until J started watching Shopkins videos on YouTube. She then started to go on about how much she wanted them.  At that point, I had to find out just WTF a Shopkin was.

While I still do not get the appeal, kids seem to really like them. The holiday season is fast approaching, as well, and I’m sure Shopkins are at the top of many a wish list.

If you don’t know a thing about Shopkins, then you gon’ learn today! I’m going to give you a quick beginner’s guide, based on my knowledge!

Let’s get it on, FAQ-style!

You waiting to meet someone in an oversized strawberry costume is one of the dumbest things I’ve ever heard.

Well, that’s not very nice. It wasn’t a question, either. Hater.

Fine. What are Shopkins?

Basically, Shopkins are tiny toys. They are miniature, shopping item-themed characters.  Each character has a name, finish and a back-story, which reads like an online dating profile. For example, per their website, Chee Zee enjoys rapping with his BFFs and hanging out in the dairy aisle.

Oh. So what are you supposed to do? Read their profiles, and set them up on blind dates, according to who matches up best?

Uh, I don’t think many kids play with them like that.

Then what do you do with them?

As far as I can tell, you buy them, and then make a video of you opening them up.

Well, that’s one way to use them, yeah. There are other ways, of course. Essentially, you can buy them in different sized sets and packages (ie. Five packs, 10 packs etc).  Each character has their own ‘team’. The teams are based on which section of a store the character would be found in, like the bakery, homewares, shoes etc.

They even come with cute little shopping bags, to carry the Shopkins in. 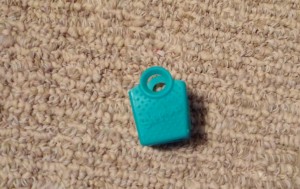 Some sets include a Shopkins list, which helps to identify/keep track.

From what I understand, kids enjoy the idea of being able to collect them all. They also seem pretty fun to play with. Grocery shopping comes to life!

Sounds adorable. Explain the videos you mentioned before. Now!

Some packs are ‘blind baskets’. You don’t know what you got until you open up the packaging. The element of mystery and surprise is apparently a big selling point. There is also an apparent market for people watching other people opening stuff. YouTube is full of “Unboxing” videos, where people have filmed themselves opening up and revealing their Shopkins. J, for one, can’t get enough of these videos, for some reason, especially the ones with blind baskets.

I’m hip and cool. My toy game’s on fleek. How come I’ve never heard of these before? Are they new?

Your toy game’s on fleek? Who even says that? Anyway, yes, they are pretty new. They were released in June 2014.

I hate battery operated toys. Do they require batteries? Because if they do, I swear to –

How many Shopkins are there?

As of this writing, there are three “season’s” worth of characters (December 2015 Update- there are now four seasons!). Each season has over 140 characters. Similar to card collecting, some Shopkins are more common and easily obtained than others.

Holy moly! That’s alot! Sounds way too overwhelming. And expensive. If my kid comes across these on YouTube and asks me to get them, should I just smash the computer to pieces, and tell them that Shopkins were a figment of their imagination?

Then how would you recommend starting a collection, you stupid smartypants?

What’s with the name calling? Anyway, I’m not an expert on this. We’ve only bought J a five pack (which went down to a two pack within a week, by the way. They are easy to lose if you’re not careful. I probably ate Waffle Sue for breakfast accidentally, for all I know) and a couple of singles. I’m guessing you get more bang for your buck by buying the larger quantity packages, or the special edition bundles. If you don’t want to tread so deep initially, maybe just stick with occasionally buying the onesie or twosie packs.

You ate one? Are they gluten-free?

I….I wasn’t being serious. They are made of rubber or plastic. Not edible.

Man, I don’t know. Try one of the many sites dedicated to all things Shopkins.

I think you secretly have a weird obsession with Shopkins. Drop the act. Who’s your favorite, Mikey-Boy?

My favorite is Shut Up Juice, who takes people like you to the Smackdown Hotel. Is BFFs with yo’ momma.

Ouch. Who’s the hater now?! I was just joking around. But seriously, is there anything else I should know?

The only other thing would be, if you or your kids do get into this phenomenon, keep an eye out for Shopkins Swap events. At these, you’ll have opportunities to meet other aficionados/collectors and make trades to add to your collection.  A real life Shopkin might appear, as well.

Play your cards right, and one day, you too might able to stand in a long line to meet a giant talking strawberry!

24 thoughts on “A Beginner’s Guide To Shopkins”