5 Times That I Failed As a Parent

Parenting, as we know, is a tough but rewarding gig. Parenting fails are inevitable. For every parenting win like this, though:

There are way more parenting fails. Head shaking, hand-wringing fails. Fails that can make you feel like a complete failure of a loser. Shoot, this past week alone, I feel like I’ve been throwing up Ls left and right, on the fatherhood front.  Here are five examples.

MY OLDEST SON DOESN’T APPRECIATE THE VALUE OF MONEY

I’ve told you before about B’s ongoing infatuation with the game Fortnite. Recently, he worked and saved up some money, so he could buy a Playstation gift card.  He really wanted the latest Fortnite battle pass, and a new skin. What’s a skin, you ask? This:

When I was a kid, on more than one occasion, we had to scrounge up loose change, to be able to buy a cheap pack of hot dogs for dinner. Now, here’s my son spending perfectly good cash to buy a video game character dressed up like a bratwurst?

RULES ARE MEANT TO BE BROKEN BY TODDLERS

I took B to his piano class at a music academy the other day, but I had little KJ with me.  KJ actually likes to go there, because the place has a toy area set up. We drove over, then walked along the snowy sidewalk to the building where the class was. When we entered the building, I noticed that there was a sign on the door of the academy which said to please remove your shoes.

B dutifully removed his sneakers and went in. KJ, however, refused to take off his shoes. Not just refused, but full on screaming and crying refused. It was an out of nowhere reaction. I was shell-shocked. I have no clue what was going on in his head. Maybe his feet smelled? Maybe he was embarrassed about his choice of socks?

Regardless, it’s been a minute since I’ve been apart of a ‘terrible twos’ tantrum, and that old familiar feeling of essentially being screwed set in real quick. If I took his shoes off, and carried him, that would just escalate the meltdown, and disrupt all of the classes. Standing in the hallway trying to be the stern father, followed by the bribing father, followed by the begging father, also didn’t work.  I couldn’t just let him go in, though, because cleaning up dirty wet little footprints wasn’t fair to anyone. I couldn’t even take him to the car. That would have involved leaving him in the hall while I went into the academy for who knows how long to find B, to let him know where I was going.

After about  20 minutes, I scooped KJ up off of the ground (because no tantrum is complete without a good ol’ floor flopping), and carried him into the academy, shoes on, to sit on my lap for the rest of the class. He was less loud, but not quiet, during this time.

When the class ended, and we got back into my car, KJ, the newfound rebellious rule breaker, only had one thing to say for himself:

“But I want to play with the toys!“ 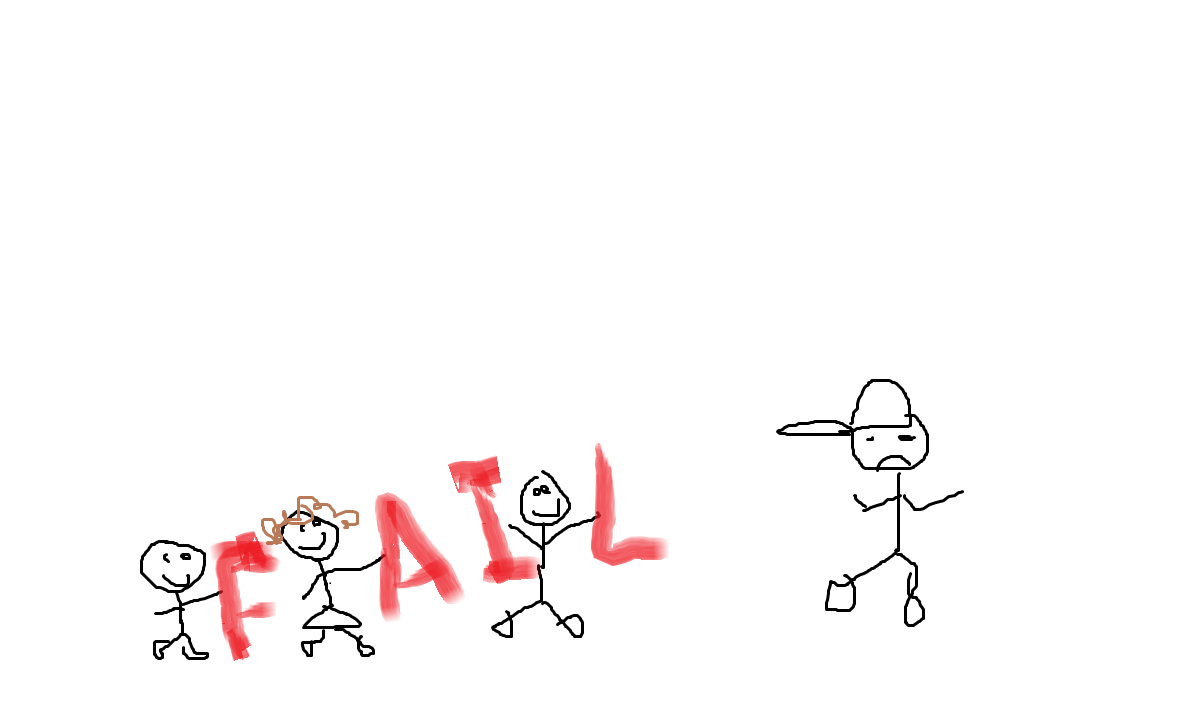 I FORGOT TO TELL THEM ABOUT R. KELLY

Driving home one night, with B and J in the back bickering about something ridiculous, ‘I Wish’ by R. Kelly came on the radio. I hadn’t heard that song in forever, so I cranked it up, to drown out the arguing. As I was jamming like it was Y2K all over again,  this conversation then happened:

I then thought about the answer, looked at my daughter in the rear view mirror…..and I chickened out, dude. That’s a complicated issue which I didn’t really want to talk about with her, or B, at that time. I mumbled something about he did some bad stuff, then we talked about what a trial is, and that was it.  Maybe this should not  be in the parenting fails. Maybe it should. I’m not sure. All  I know is that I didn’t feel like listening to ‘I Wish’ by R. Kelly anymore.

Do you remember, back in the day, when your parents would tell you that you have to wait an hour after you eat, before you can go swimming? I gave KJ a hearty bowl of chicken noodle soup before his swim class the other day. This led to him turning the pool into a hearty bowl of chicken noodle puke.  For those keeping track at home, a half hour was not enough time, in this case.  Oops.

MY YOUNGEST SON IS AFRAID OF TURNING INTO A BLUEBERRY

KJ’s vocabulary has come on strong the last few months, and it seems like we hear him saying a new word daily. The other night’s word was “disgusting”. His toy cars were disgusting. Everything on his dinner plate was disgusting.  It was kind of annoying. I gave him a bath, and he complained that the water was disgusting. Finally, when he sneered, with one eye opened, that the soap was disgusting, I asked him why. With zero hesitation, he replied:

Good googly moogly, there’s a lot to decompress here.  Is berrying by way of soaping even a real phobia?

Thanks for the reassurance,  Sigmund Freud. Anyway, aren’t toddlers supposed to be afraid of monsters, and clowns, or Sir Topham Hatt, or something?  Clearly, I’ve failed at properly scaring my kids, in addition to failing at the other parenting stuff I’ve mentioned.

That’s all that I got for now. Until the next one, stay winning, y’all. Parenting fails are bound to happen, anyway!

11 thoughts on “5 Times That I Failed As a Parent”